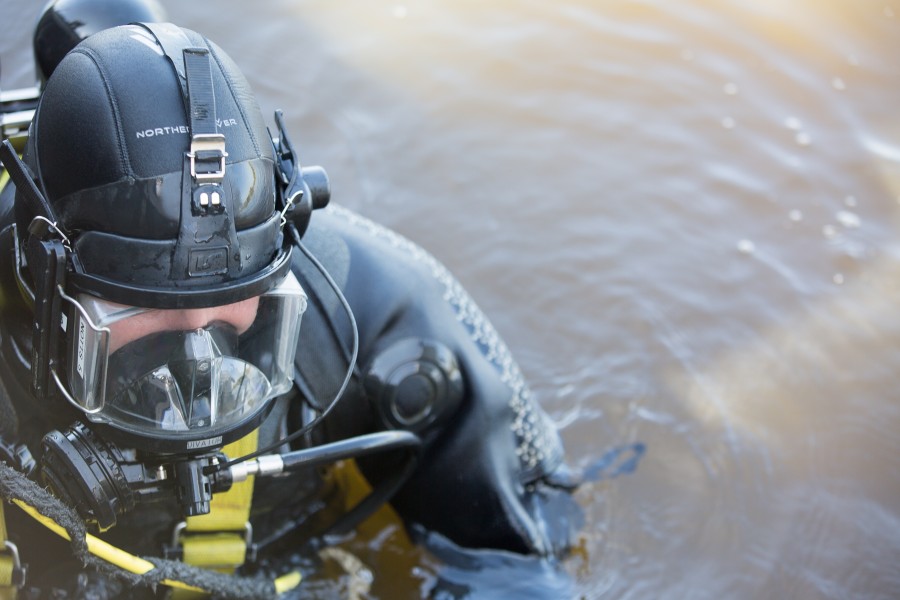 A drowning prevention charity has issued a warning as the UK's warm temperatures don't look like abating - and school holidays are just around the corner. Meanwhile, the TUC has reiterated hydration advice.

The Royal Life Saving Society UK (RLSS) has appealed for people to take note of simple safety messages to avoid a repeat of previous summers when people have lost their lives cooling off in open water not suitable for swimming. The charity is also reminding owners with water on their properties to check weak access points and perhaps increase patrols to stop people taking a dip - especially children.

RLSS UK’s Director of Research and Education, Mike Dunn, said: “In previous years we have seen a tragic amount of preventable deaths as people flocked to open water sites not suitable for swimming. These sites included rivers, quarries, lakes and reservoirs – all of which have many dangers including very cold water, currents, obstacles and uneven depths. They look so inviting but can be deadly."

2017 statistics reveal nearly 700 UK citizens lost their lives and each year, around 2,100 people in England alone are admitted to Accident and Emergency as a result of non-fatal drowning incidents with thousands more incidences occurring in Wales and Scotland.

This latest warning comes following four recent drownings, including that of a 16-year old boy at Nottinghamshire's Colwick Park Lake on July 4. The boy went in to the water at 2:05pm. He was found more than an hour later following a major search operation which involved the underwater dive team, fire, ambulance and helicopter crews.

Make Sure Staff Working Outside Have Enough Water And Breaks, Says TUC

With the temperatures having already hit 30 degrees in parts of the UK and the wether staying fine, the TUC has called again on bosses to make sure that any staff working outdoors are protected from the sun and the heat.

And working in hot weather can also lead to dehydration, tiredness, muscle cramps, rashes, fainting, and – in the most extreme cases – loss of consciousness.

Employers can work with their health and safety union reps, suggests the TUC, and introduce the following measures to protect their staff who work outdoors when the temperatures rise:

The heat can also be dangerous for workers whose jobs involve driving, warns the TUC, as any driver suffering from fatigue is a risk to themselves and other people. Bosses should provide cars, vans or lorries with air conditioning. Or if a driver is going to be stuck in traffic for any length of time, avoid driving in very hot weather.

TUC General Secretary Frances O’Grady said: “We all love to see the sunshine. But working outdoors in sweltering conditions can be unbearable and dangerous. Bosses must ensure their staff are protected with regular breaks, lots of fluids, plenty of sunscreen and the right protective clothing.

Latest figures from the National Water Safety Forum show that 255 people lost their lives in accidental drownings in the UK in 2017.

The number, from the Forum’s Water Incident Database (WAID), represents two-fifths (41 per cent) of the overall number of deaths in water that year (592) and includes 13 cases in which natural causes of death were suspected or confirmed. Other causes include suicide (209), crime (5) and cases in which the cause was not recorded or confirmed (123).

As in previous years, men (217) are disproportionately represented in the statistics, with young and middle-aged males being particularly affected.

The majority of incidents occurred at the coast/shore/beach (68) or on rivers (64).

As in previous years, a large proportion of those who died did so while taking part in an activity in which they never intended to be in the water – 106 people drowned while walking or running.

WAID compiles statistics from across the UK from a number of sources, including inquests, and breaks these down into deaths by activity, age, location type and geography, to give those working in prevention a clearer idea of where to target interventions.

Picture:  A dive team has already had to recover the body of a boy who drowned in Nottinghamshire.

The BWCA is well on the way to funding a fourth borehole in Zambia to provide clean water to villagers who have had no access to clean water. At the British Water...