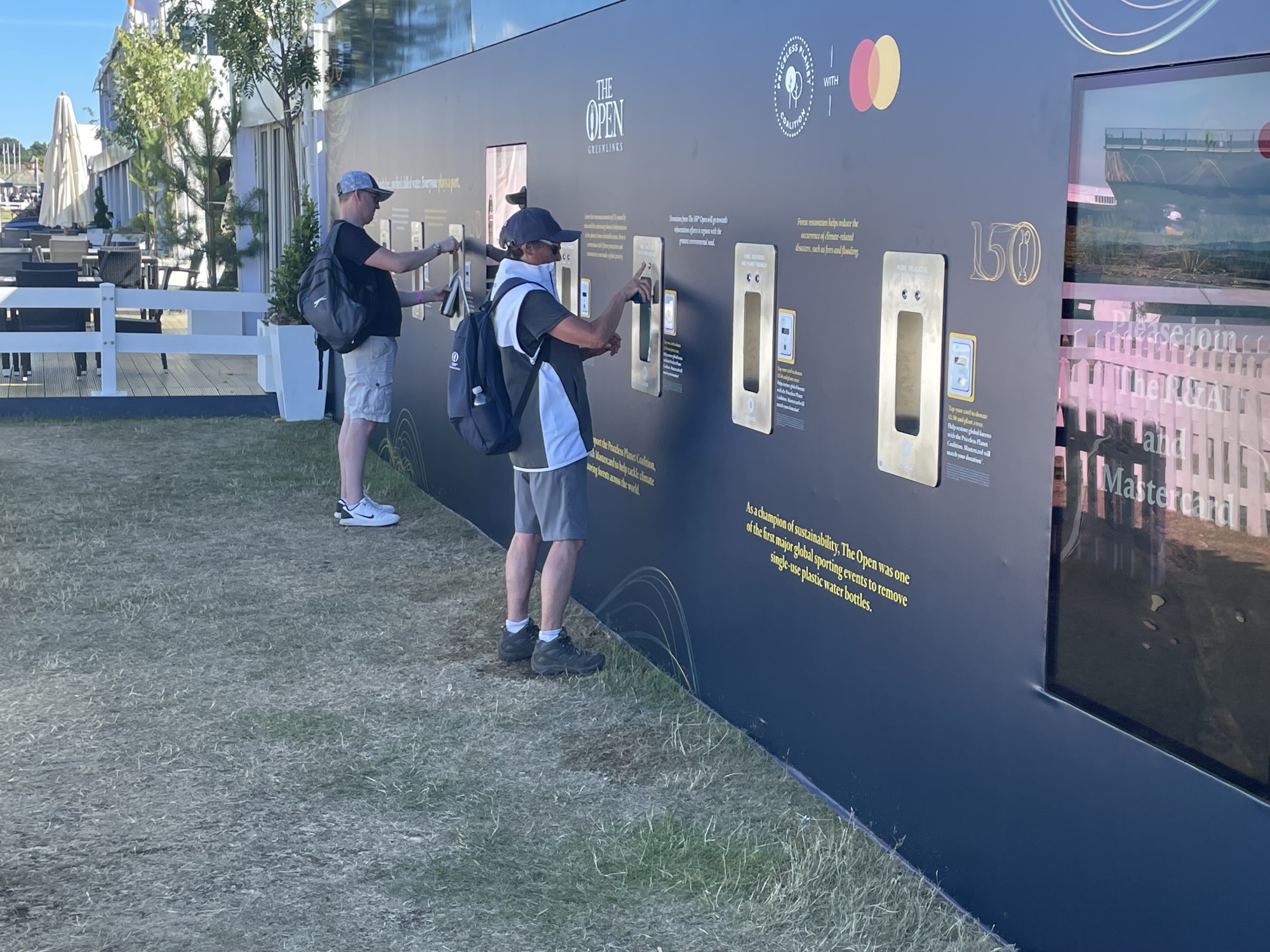 A mega-sized water station with the capacity to purify and dispense over 6,000 litres of water was used at The 150th Open in St Andrews.

The water station was installed adjacent to the Mastercard Pavilion in the central Spectator Village at The 150th Open, allowing players, staff, fans, volunteers, and event officials to stay hydrated.

Bluewater has collaborated with The R&A since 2019, with the launch of ‘The Open Water Initiative’ at The 148th Open at Royal Portrush, Northern Ireland.

In recent years, organisers of sporting events have made public pledges to reduce their consumption of single-use plastics. Named top in the 2020 Premier League Sustainability Table, Tottenham Hotspur Football Club introduced a no single-use plastics rule for food sold in their stadium.

The Birmingham 2022 Commonwealth Games aims to be the first carbon-neutral Commonwealth Games, cutting the number of uniforms produced for the event, to drive down the amount of single-use plastic packaging used.

Installing Bluewater’s machine meant that the event could completely eliminate single-use plastic water bottles. Instead, branded refillable water bottles have since been sold across the Championship each year.

Picture: a photograph of the “Wall of Water” in situ at The 150th Open in St Andrews. In the image, two people are refilling water bottles. Image Credit: Bluewater

The BWCA is well on the way to funding a fourth borehole in Zambia to provide clean water to villagers who have had no access to clean water. At the British Water...