Corporate Receptionist of the Year – What Can 2020's Winner Expect? 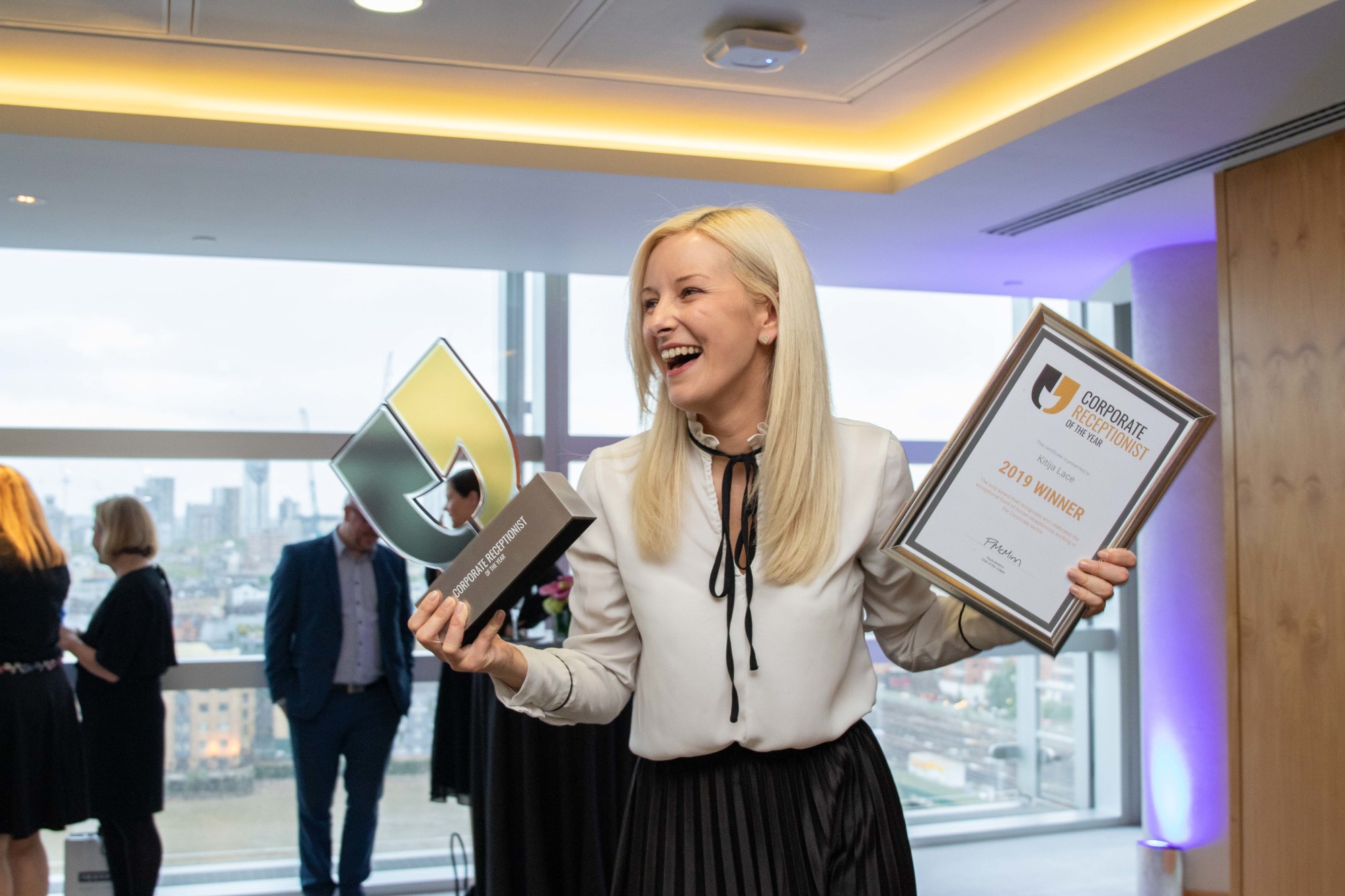 We recently announced that entries for the Corporate Receptionist of the Year Award are open once again. Therefore there’s no better time to look back at 2019’s competition, previewing what 2020’s nominees can expect to look forward to if successful.

Chosen from ten overall finalists, Kitija Lace, was the lucky recipient of last year’s trophy. Announced at the awards ceremony at the investment bank Nomura, Dorota Wisniowska also received a commendation for her corporate reception work at Channel 4. Also in attendance on the night were the other corporate reception staff nominees from companies such as Deloitte, Citi and Burges Salmon.

Once in a lifetime opportunity to learn and network

As part of the accolade, Lace won an exciting trip to New York to cross-train at leading corporate offices. Meeting the front of house teams at organisations including BNY Mellon, Viacom and Citi bank allowed for plenty of time to explore their values and processes. As well as soaking up the atmosphere of these businesses, she was also able to fulfil her personal dream of taking in the sights and sounds of The Big Apple.

New York City itself has always been my dream – the perfect movie place, foodie destination, a place where not a single day can be the same.

Corporate Receptionist of the Year, 2019

Lace was also awarded a dinner for two at a leading Michelin-starred restaurant in London and a place on a two full-day leadership development programmes.

The only such honour in the corporate sector, the Corporate Receptionist of the Year Award recognises and celebrates the excellent work of front of house employees. As the award’s dedicated website states: “For many years there have been awards to recognise front of house staff working in hotels. However, with more and more of these outstanding individuals moving over to the corporate world, attracted by higher salaries, a better work life balance and the opportunity to build a rewarding career in some of the most fantastic organisations in the world, it was the right time to create an opportunity to recognise and celebrate these talented people.”

The shortlist for this year will be announced on 28th March 2020.

Celebrating Front of House Excellence Within The Corporate World

Entries for the Corporate Receptionist of the Year Award 2020 are now open. This is the only award scheme that recognises and celebrates the exceptional front of house...

Two Atalian Servest chefs have each won regional School Chef of the Year (SCOTY) awards in the West Midlands and the South West. The pair work in Atalian's...