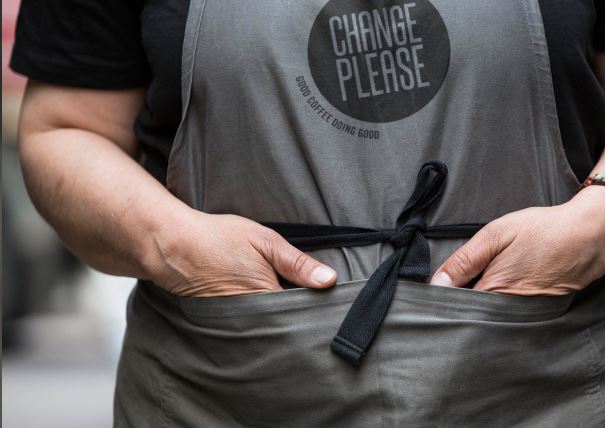 We've got two lots of financial results showing the FM firms concerned are heading in a positive direction. One man has his head in the Cloud though, while the Design Museum has taken on a new caterer, and Engie has teamed up with a Big Issue financed coffee co - whose baristas are all from the homeless ranks.

Interserve's CEO, Debbie White has said the company's recovery plan is on target as she revealed the half-year results for the six months ended June 30.

White said: “The first half of 2018 was an important period for Interserve as the new management team took actions to bring stability to the business and agree the direction of the Group’s future strategy. The ‘Fit for Growth’ initiatives we are implementing are delivering material cost savings and will result in a simpler, more focused and more effective Interserve. The refinancing that we completed in April provides a firmer financial footing from which to execute these plans.

"Whilst there remains a significant amount of work to do, we have energy and momentum in the business as evidenced by the significant new contracts wins secured in the first half of the year.

"We believe that the benefit of the actions taken in the first half underpin our unchanged full-year expectations.”

As a result of Engie’s supply chain partnership with Nu-ingredient caterers, a new relationship with the social enterprise, Change Please has been formed.

The introduction of Change Please, replacing a multi-national coffee chain, follows a re-tendering of the catering contract at Grant Thornton sites where Engie delivers FM services. Nu-ingredient was selected because it is a locally focused company that offers a range of innovations, including the partnership with Change Please.

Backed by Big Issue Invest, Change Please produces coffee blends and supplies to businesses in a sustainable way. The key strength of their social mission is to support homeless people by providing full barista training along with additional housing, financial guidance and wellbeing support. All baristas are paid the London Living Wage.

Head In The Cloud

Cloudfm has announced the appointment of Steven Corbett as Chief Information Officer.

Corbett has worked with a number of organisations such as BT and Willis Towers Watson. Most recently he was Head of Automation at Aviva.

As CIO, Corbett will lead Cloudfm’s IT department, optimising the company’s technological capabilities. His extensive expertise in digital transformation and robotic & AI automation, will help secure the business’ goals.

Searcys has been appointed official caterer for the Design Museum in Kensington. Searcys will launch a coffee bar on the ground floor and a café on the top floor under the Museum's spectacular roof.

The coffee bar will provide Searcys’ sustainably-sourced coffees and teas, as well as serving smoothies, cakes and bakes.

The café on the second floor will provide casual dining at its best, with a seasonal menu serving British classics alongside a selection of salads, homemade sandwiches and a bakery table. Classic dishes will include Colston Bassett Stilton and broccoli tart, and Summer garden, a mixed leaf salad with green beans, mange tout, pea and mint. Mains will include Loch Duart salmon fillet, crushed Jersey Royals, tender steam broccoli with dill mayonnaise. A weekend brunch menu is set to follow.

Searcys only uses UK-reared fresh meat, flour milled in England, free-range eggs and milk from Red Tractor-certified farms. Tuna featured on their menu comes with the guarantee that it is sustainably and line and pole caught.

Searcys will also cater for events, as the museum looks to grow this element of their business.

NG Bailey, the engineering, IT and facilities services group, has reported a 14% increase in operating profits over the past year and seen its order book break the £1bn milestone.

Figures for the 12 months ending 2 March 2018 show operating profits (before exceptional items) rose from £12m to £13.7m. Combined with a 14% increase in the company’s order book, maintaining the company’s strong financial position.

Turnover fell slightly from £500m to £481m, reflecting the impact of changes across the construction sector in the last year. However, NG Bailey’s strategy of targeting a balance of work across services (IT and facilities services), large-scale infrastructure projects and traditional building construction has ensured the business remains resilient.

In the last year the Group has been involved in some significant projects, including the completion of the mechanical and electrical services at London Bridge, featuring the UK’s most advanced rail control centre; cementing Liverpool’s future as a world-class life science hub with a new £25m life sciences centre and the second new-build on Newcastle’s £350m Science Central development to promote Newcastle globally as a city of science.

High-profile contracts have also been secured with Liverpool Football Club, Bloomberg and Manchester Engineering Campus Development – the largest construction project ever undertaken by the University of Manchester.

Picture: Engie has a new relationship with the coffee-based social enterprise, Change Please