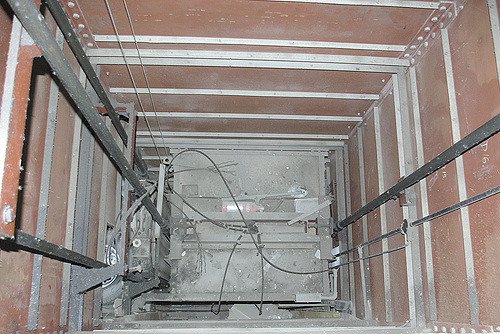 A care home has been fined (June 26) after an employee plunged down a lift shaft and suffered significant injuries after falling around 1.5 metres.

Northampton Magistrates’ Court heard how on 25 September 2016 the employee was using the platform lift to transport the residents’ breakfasts from the kitchen to the dining room on a different floor. An interlock system which meant that the lift door could only be opened when the platform was at the right floor was broken. The employee fell down the shaft because the platform was at a lower level.

An investigation by the Health and Safety Executive found that the door locking mechanism had been broken for about a month prior to this incident and the care home's management failed to deal with the known issue of employees overriding the door safety locking mechanism with a screwdriver.

The lift had also not been thoroughly examined.

Sutton in the Elms Care Limited of Sutton Lane, Leicester pleaded guilty to breaching Section 2(1) of the Health and Safety at Work etc Act 1974 and Regulation 9(3)(a)(i) of the Lifting Operations and Lifting Equipment Regulations and was fined £14,000.00 and ordered to pay costs of £2535.90.

Speaking after the hearing HSE inspector Michelle Morrison said: “This incident could so easily have been avoided had the management at the care home ensured that employees were not manually over-riding safety features on this platform lift. Safety features on all work equipment are designed to keep people safe and prevent accidents, such as this one.

Picture: A typical lift shaft (not the one where the accident happened) for illustration purposes only.