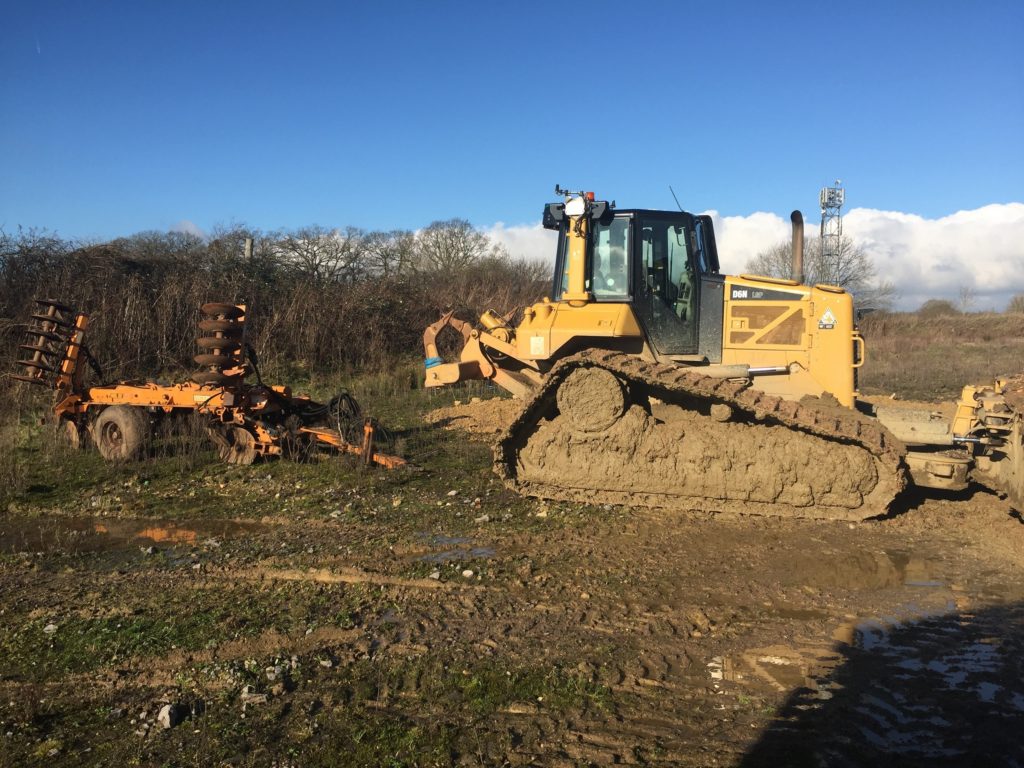 A security guard has lost his fingers after being asked by a groundworks contractor to lend a hand to do a job he was not employed or skilled to do. Elsewhere, seven cases of Hand Arm Vibration Syndrome have led to a major fine.

Bristol Magistrates’ Court heard how on 17 November 2017 at a site in Avonmouth, a plant driver employed by APK Earthmoving Limited requested the assistance of a security guard working for a separate company to remove a trailer from a bulldozer whilst the machine was operated by the driver.

The security guard’s right hand was trapped between a metal post and the bulldozer resulting in the amputation of his middle and ring fingers and loss of movement in his index finger of his right hand.

An investigation by the Health and Safety Executive found that APK Earthmoving had failed to conduct its undertaking, the hire of mobile plant and driver services, in such a way that people not in its employment were exposed to risks to their safety.

APK Earthmoving Limited of Oxfordshire pleaded guilty to breaching Section 3 (1) of The Health and Safety at Work etc. Act 1974. The company has been fined £10,000 and ordered to pay costs of £1297.00.

The injured security guard said: “I was off work for seven months and I still have a lot of pain in my hand.  As I am right-handed my injuries have affected my writing and there are many tasks at work and at home that I need help with.  I tend to keep my hand in my pocket because I’m concerned it will affect people if they see my injuries.”

Speaking after the hearing HSE inspector Berenice Ray said: “This injury could have been easily prevented if a safe system of work had been followed, with the bulldozer ignition turned off before anyone was allowed close to remove the trailer.

“Employers should make sure they properly assess risks and apply effective control measures to minimise the risk from their machinery operations.”

HAVS lead to have not

Luton Magistrates’ Court heard how Dacorum Borough Council reported seven cases of HAVS between May 2015 and June 2016. The affected employees were all part of a grounds maintenance and street care team, looking after the public spaces in Hertfordshire.

An investigation by the HSE found that the council had neither adequately planned its working methods nor trained or informed employees on the risks to their health. Furthermore, Dacorum Borough Council did not limit the duration or magnitude of exposure to vibration and failed to put in place suitable health surveillance to identify problems at any early stage.

Dacorum Borough Council of The Forum, Hemel Hempstead, pleaded guilty to breaching Regulation 5 of the Control of Vibration at Work Regulations 2005 and have been fined £100,000 and ordered to pay costs of £28,672.62.

Speaking after the hearing, HSE inspector Rubeena Surnam said: “This was a case of the council failing to identify the risk from hand arm vibration which is a recognised health risk with potentially disabling consequences. Unless vibration is identified and properly assessed, an employer won’t know the level of risk and whether action is needed to protect workers.”

Picture: A security guard has suffered life changing injuries after he attempted to do a groundworks company a favour.