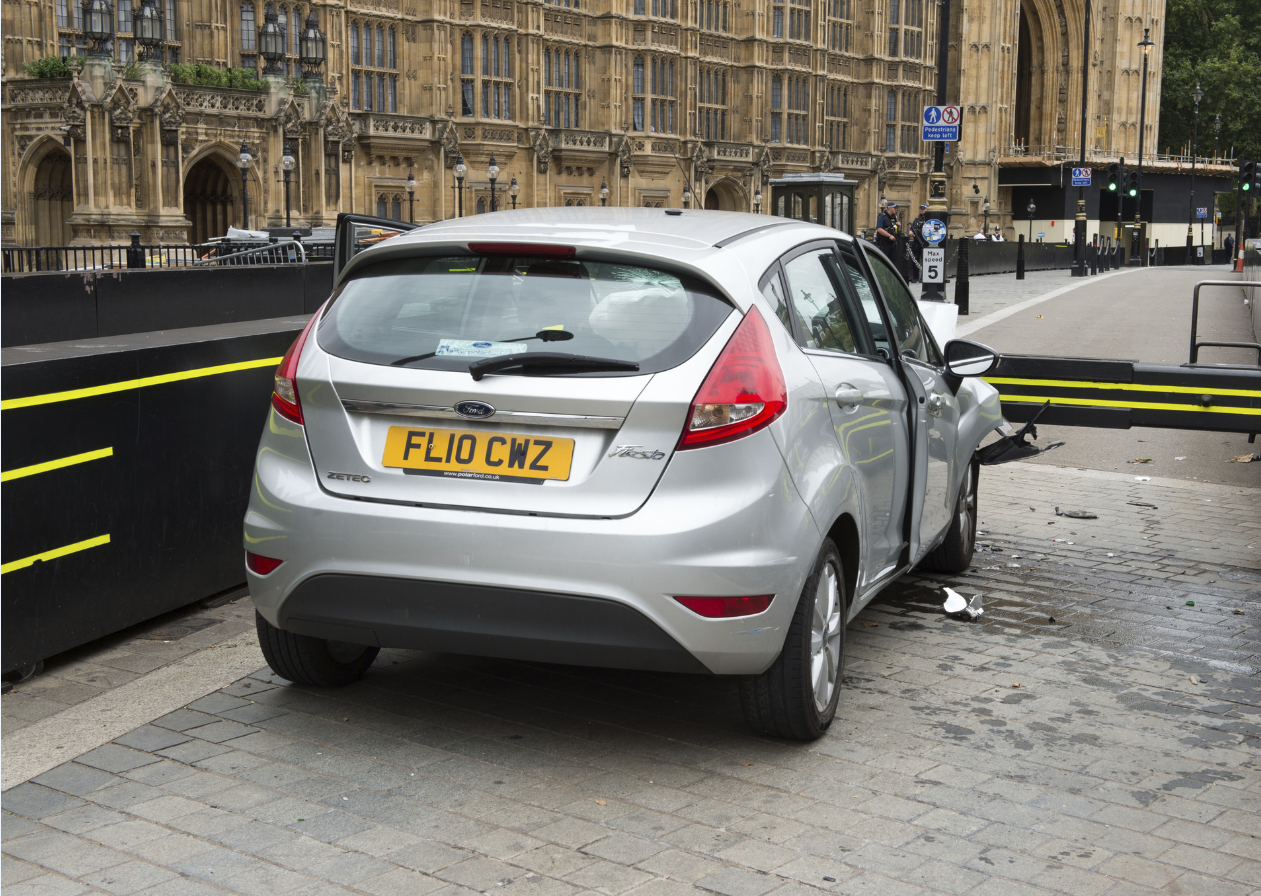 The Metropolitan Police have obtained a warrant of further detention in relation to the 29-year old man who drove a car into cyclists and pedestrians and then into a security barrier at the Houses of Parliament.

The man was arrested by armed officers on Tuesday 14 on suspicion of the commission, preparation and instigation of acts of terrorism. He was subsequently further arrested for attempted murder.

A warrant of further detention was granted on August 15 by Westminster Magistrates' Court until Monday, August 20. The police have not officially named the suspect but he is believed to be Salih Khater who is a UK national originally from Sudan. He is being held in a south London police station.

At the time of the arrest, there was nobody else in the vehicle, which has now been removed from the scene and searched. No weapons have been recovered.

Police officers have concluded their searches of two addresses in Birmingham and another in Nottingham.

The investigation is being led by the Met’s Counter Terrorism Command, with support from the wider counter terrorism policing network.

Detectives have released images of the silver Ford Fiesta involved, as they appeal for public assistance to identify its movements in the hours leading up to the incident.

Officers are appealing to anyone who may have seen or have CCTV footage of the vehicle or the driver either in the Tottenham Court Road or Westminster areas.

Anyone with footage or images of the incident is asked to either call t. 0800 789 321 or send these to the investigation team via http://www.ukpoliceimageappeal.co.uk/

At this early stage, there is no intelligence of further danger to Londoners or the rest of the UK in connection with this incident. All cordons in the Westminster area have now been lifted.

Home Secretary, Sajid Javid, said on Tuesday 14: "Given that it appears to have been a deliberate act, the method used and the iconic location, it is being treated as a terrorist incident and the investigation is being led by officers from the Met’s Counter Terrorism Command."

Assistant Commissioner Neil Basu repeated Javid's comments and also said: "Our priority is to formally identify the suspect and establish his motivations if we can. He is not currently co-operating.

"At this stage of the investigation, no other suspects have been identified or reported to police. There is no intelligence of further danger to Londoners or the rest of the UK in connection with this incident."

Metropolitan Police Commissioner Cressida Dick, although the most senior officer in the country, does not lead on terrorism, this is left to Basu and Assistant Commissioner Mark Rowley. She has however called for Westminster to be pedestrianised to stop vehicle attacks which she now considers to be the weapon of choice for radicalised lone wolves.

London Mayor Sadiq Khan is also in favour of pedesdrianisation in and around Parliament Square - believing it would enhance the area as a tourist attraction whilst offering the ability to install more discreet bollards to deflect any vehicle able to penetrate.

Mayor Khan said on Tuesday: "All Londoners, like me, utterly condemn all acts of terrorism on our city. The response of Londoners today shows that we will never be cowed, intimidated or divided by any terrorist attack."

Picture: The silver Ford Fiesta driven by Salih Khater around London and subsequently in to cyclists and pedestrians on Parliament Square and on in to a barrier outside Westminster at 7:37am on August 14.