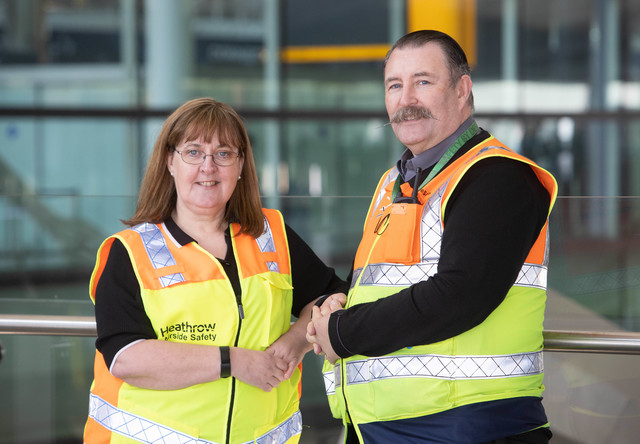 ​A security boss has been found guilty of defrauding security operatives deployed at Heathrow and Tesco. Meanwhile the SIA has carried out a licence check blitz and two unlicensed brothers have been prosecuted for illegal security work.

Gaines employed Security Industry Authority (SIA) licensed security guards at a number of locations, including construction sites belonging to Heathrow Airport and Tesco.  In many cases he either failed to pay them in full or didn’t pay them at all.

Gaines was also found guilty of claiming to be 'SIA approved', despite not being a member of the SIA Approved Contractor Scheme.

Sentencing has been deferred to November 14 pending the production of a pre-sentencing report. Gaines has been remanded into custody in the meantime.

Nathan Salmon, of the SIA’s Criminal investigation team, said: “I am grateful to the jury for returning guilty verdicts on all 22 counts in this case. In part, private security regulation was introduced to address 'cowboy' operators - and I can think of no better word to describe Gaines’ actions.

“Through various aliases and phantom businesses, Gaines set out to employ security operatives, withholding their pay whilst profiting from his contracts.  He employed new staff to replace those who left, continuing his fraudulent behaviour many times over.

"He sought to conceal his identity, hid behind wild excuses and was threatening to some employees who were merely seeking payment for the work they did for him."

The case was brought to the SIA’s attention following a series of complaints to police and Action Fraud. These complaints related to companies that were under suspicion of failing to pay security operatives. Analysis had shown that several of the companies in question shared e-mail addresses and phone numbers. This information was passed to the SIA by the Government Agency Intelligence Network (GAIN).

The SIA conducted a lengthy and complex UK-wide investigation into a number of contracts running from 2012 to early 2016. They had all been secured by one individual, John Wear Gaines, using various pseudonyms and different company names.

The SIA, in conjunction with Warwickshire Police, arrested Gaines in October 2017 and seized material linking him not only to the businesses in question, but to several alternative identities.  This material included hundreds of business cards and flyers at Gaines’ house in the names of Geoff Caines, Robert Fox, and David Ward.  The 'David Ward' cards contained the claim to be 'SIA approved'.

Most of the businesses Gaines ran were sole trading entities, run virtually from his home. Only one, Crown/Accord Nationwide Security, was registered at Companies House.  The company director was listed as 'Jeff Cains', another alias of John Gaines.

Gaines told the court that the workers whom he failed to pay were either 'asleep on the job' or had failed to provide proper documentation. However, the court heard from a variety of witnesses who claimed that he refused to supply written contacts, ignored requests for payment and left threatening phone messages for those who he defrauded.​

Unlicensed Brothers Prosecuted For Illegal Security Work​Two brothers from West Yorkshire have been prosecuted for working in the security industry without the proper licences.

Shamir Razak, an unlicensed door supervisor, and Abdul Rehman, his brother and employer, both pleaded guilty at Leeds Magistrates’ Court on September 23.

The prosecution was brought by the SIA.

Rehman was fined £290, whilst Razak was given 250 hours unpaid community service. The brothers each have to pay costs of £1,125, to be paid within 56 days.

Pete Easterbrook, SIA Criminal Investigation Manager, said: “The SIA will always prosecute cases of this kind.  Irresponsible and non-compliant security operators are a danger to the public.

Shamir Razak was found working as a door supervisor at Bijou nightclub in Keighley following an incident in November 2017.  The SIA discovered that Razak was not licensed, and started an investigation into his employer, AMK Security Ltd. The SIA investigators soon realised that the director of AMK, Abdul Rehman, was also unlicensed.  It was at this point that they discovered that Razak and Rehman were brothers.

September 25 saw SIA licence inspections across 65 venues in Leicestershire. All of the licences inspected by the 16 teams from the SIA Partnerships and Interventions unit were legitimate.

Nigel Davies, SIA regional investigations manager for the East region, said: “This year it was Leicestershire’s turn. The point of this national inspection is to identify any potential licensing risks, such as working without a licence or not having the licence on display. It also acts as a deterrent for those who may consider abuse of the regulation. The good news is that the majority of security operatives are professional and this was evidenced across Leicestershire."

Picture: A security boss has been found guilty of defrauding security operatives deployed at Heathrow. This image is courtesy of Heathrow Airport and is for illustration purposes only and does not depict anybody employed or defrauded by John Gaines.

On Wednesday May 17, MI5 and the Met's Counter Terrorism Command arrested four men at an addresses in east London. The arrests are linked to activity in the...