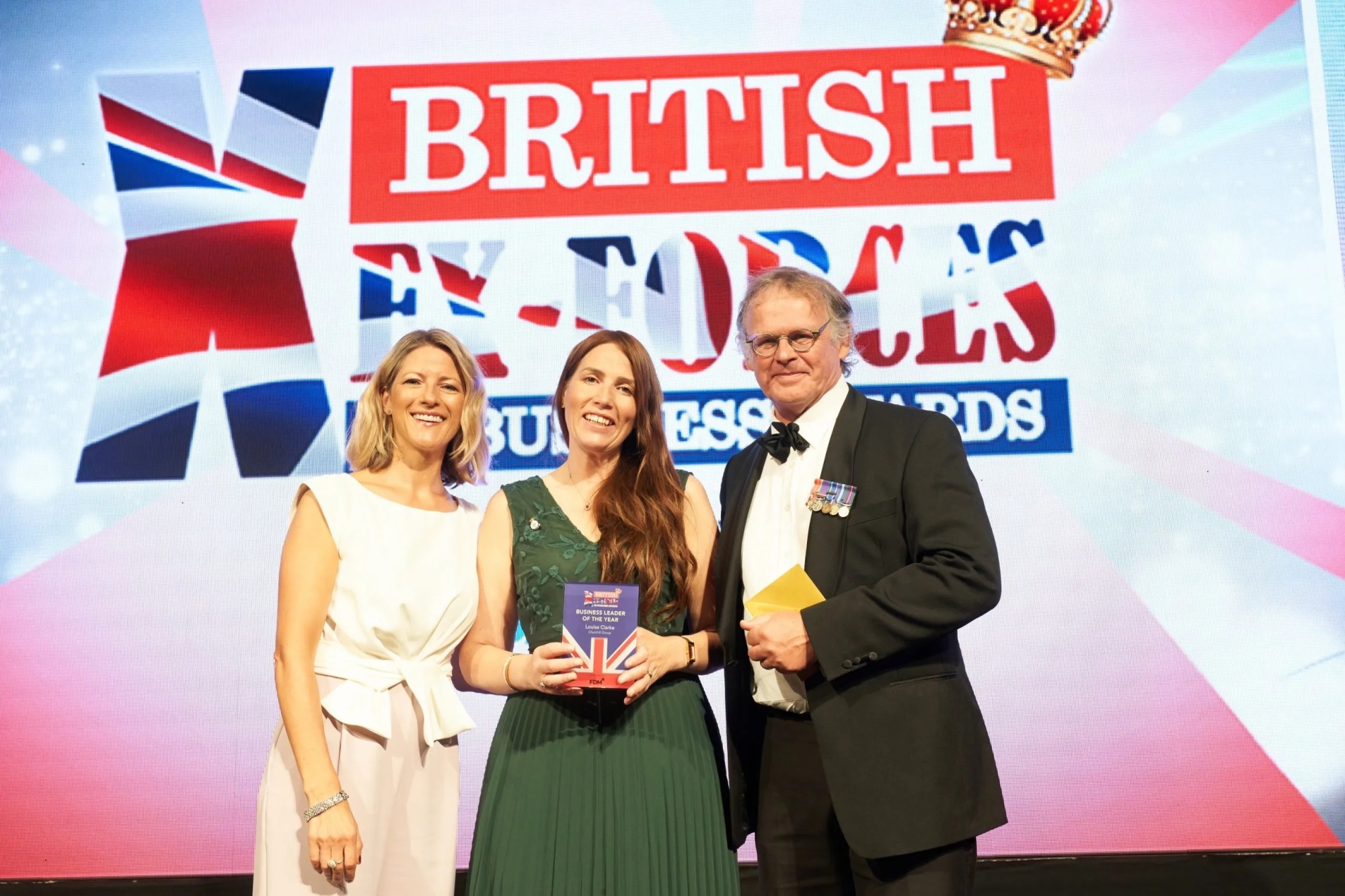 FM leaders from Churchill Services, Mace and Sodexo have been recognised for their contribution to the business world as military veterans.

At the fifth annual British Ex-Forces in Business Awards, several people from the facilities management and built environment sector picked up accolades.

This includes Managing Director of Operations for Churchill Services, Louisa Clarke, who won the award for Business Leader of the Year – Large Business .

Over 1,000 business and military leaders celebrated 20 winners from 700+ nominations, all of which demonstrated the value that military veterans add to employers and the wider economy in their second careers. 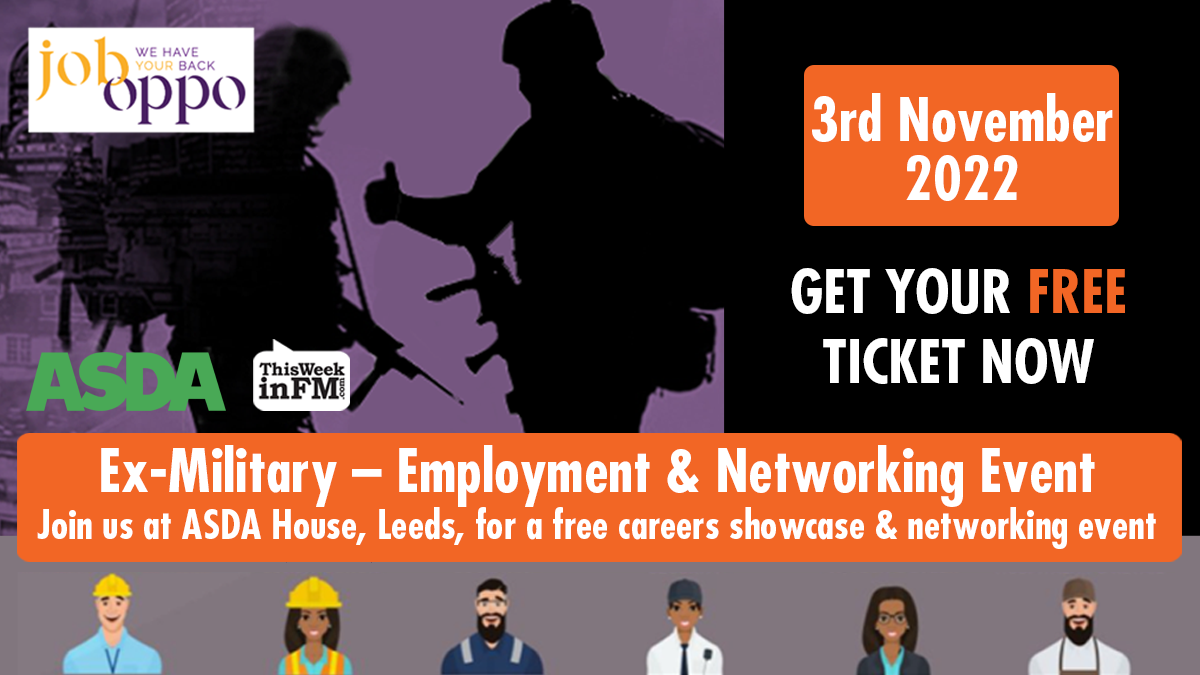 Churchill’s Louisa Clarke’s background in the Royal Air Force led her to the world of facilities management in 2006, before joining Churchill in 2011.

Louisa was the first female Operational Director in Churchill’s history, and is now recognised as an industry leading figure, advocating for women in leadership, as well as supporting veterans during their transition to civilian life.

Louisa helped to set up partnerships with multiple organisations including JobOppo, the ex-military employment community who connect experienced veterans with employers.

Louisa commented on the win: “It was a very special moment winning the award for Business Leader of the Year. The achievement not only supports my accomplishments, but also demonstrates the skills, expertise, and value veterans can bring to civilian professions. It’s extremely rewarding for me to be able to provide support to others in the same position that I was once in myself, and being recognised for those efforts is extremely fulfilling”

Lindsey Partington – From RAF to Healthcare

Sodexo’s Lindsey Partington, Head of Healthcare at HMP Forest Bank in Salford, Greater Manchester served for nine years in the RAF. She joined at the age of 19 years, training as a nurse at the University of Portsmouth during active service while based at Fort Blockhouse in Gosport.  Having completed her training Lindsey was then posted to RAF Wittering, Peterborough.

Lindsey, then a Corporal, served on the MAU (Medical Admissions Unit) at the Ministry of Defence hospital unit and worked her way up to the position of senior nurse, Lindsey completed higher education courses in acute care, leadership, mentorship and chronic disease management, among others.

Lindsey left the military when she started her family and saw an opportunity to become a nurse at HMP Forest Bank, Salford which accommodates around 1,400 male prisoners. Lindsey spent five years as a nurse, she was then promoted to the role of clinical lead for primary care before being appointed in her current role as Head of Healthcare. 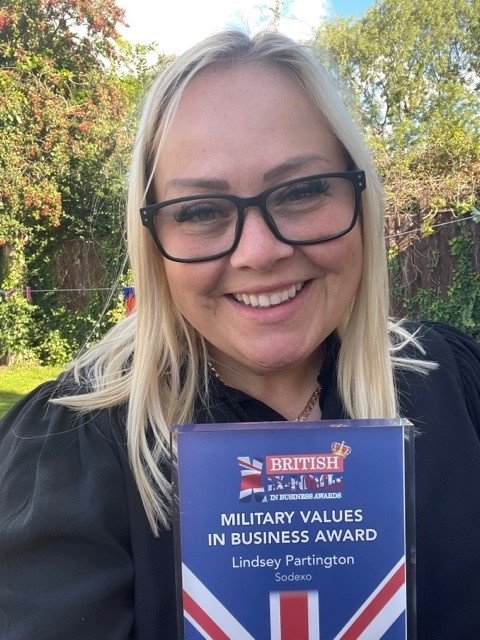 Lindsey specialises in veterans in custody and has an acute understanding of some of the complex reasons individuals can find themselves incarcerated, particularly in relation to PTSD. Her military experience of working in an extremely challenging environment means Lindsey is prepared for the issues and incidents that can occur in a prison environment and her military experience proved critical in Sodexo’s response to COVID-19.

Speaking about the award Lindsey said: “I am honoured to have been selected as the winner of the Military Values in Business Award. This was totally unexpected as there were many extremely talented veterans represented in this category.

“Following my service in the RAF I have consistently carried my military values with me and uphold them within my team. I believe that those values shine through, and they are the driving force behind the work we deliver at HMP Forest Bank.

“I am unable to put into words what this recognition means to me, but as always, I recognise this award with my team as without their hard work our successes would not be possible.”

The Standing Tall Foundation Scoops Ex-Forces Initiative of the Year

The Standing Tall Foundation, a charity based in St Helens, also took away an award, for Ex-Forces Initiative of the Year.

In October 2009, Corporal Andy Reid MBE was seriously injured by a Taliban improvised explosive device while on patrol in Helmand Province, Afghanistan. Injured so badly that it was thought he would not survive, he defied the odds to the extent that, within a month, he was able to meet up with members of his patrol again.

ThisWeekinFM were delighted to host Andy as keynote speaker at the Ex-Military - A Journey Into FM 2021 event, and you can watch highlights here.