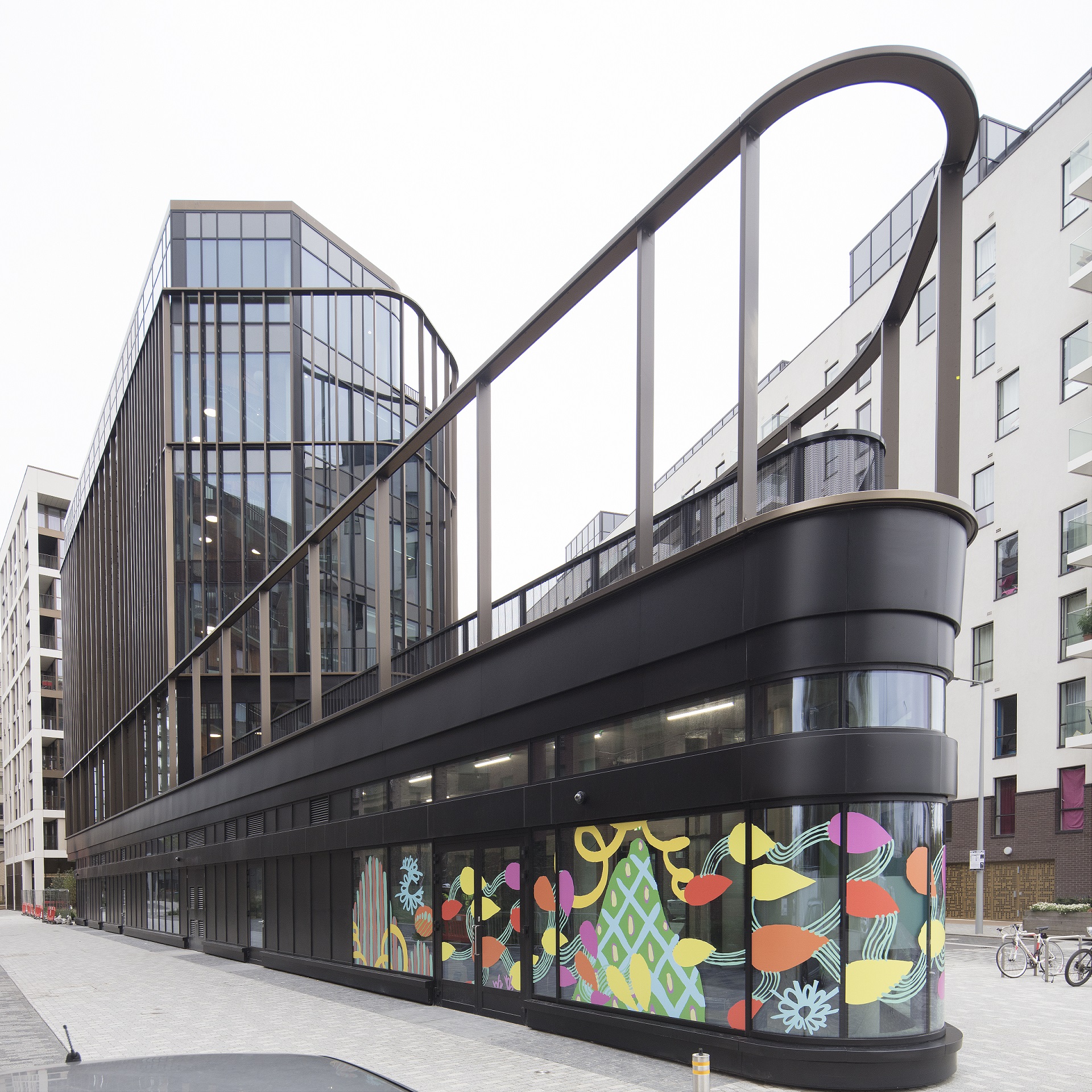 A mullion-only VS-1 glazing system which reduces sightlines and maximises interior brightness, has been installed at a new community hub in south-east London to create a light, bright social space with a welcoming ambience.

The Aperture building forms part of the regeneration of Greenwich Peninsula, an ambitious 150-acre project led by property developer Knight Dragon who are seeking to create a new culture district for London. Described as ‘a modern village hall’, Aperture is a mixed-use community hub comprising a retail unit, café, and flexible spaces on the ground floor, with nursery, prayer space, estate management facilities and gym on the floors above.

A notable feature of architects DSDHA’s design for Aperture was the inclusion of high levels of glazing at ground floor level, with the aim of creating a light, bright interior to emphasise the open and welcoming nature of the community hub.

Solar and acoustic
The VS-1 installation for Aperture is bespoke and includes continuous full high feature fins to minimise the building’s solar gain and enhance thermal and acoustic comfort. The original concept was to use standard curtain walling with a bespoke fin attached.

The system allows the façade to be held away from the mullion without the use of obtrusive bolt fixings or transoms. This vertical-only structure means that the glass wall visually ‘floats’, presenting an entirely glazed surface that lets in as much daylight as possible to enhance the building’s visual appeal as well as the comfort of its occupants.