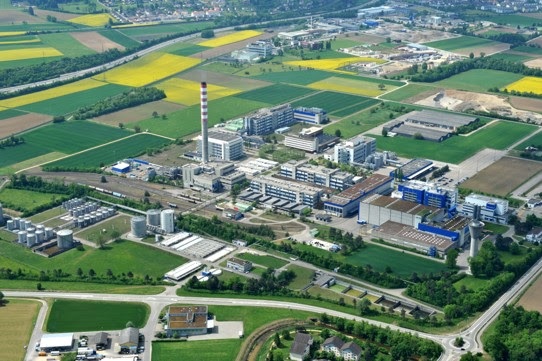 Royal DSM, a global vitamin producer, has reduced its CO2 emissions at its production facility in Switzerland by 50,000 tons a year through a new biomass heat and power plant on the site.

The power plant was built, is owned and will be operated and maintained by energy company ENGIE and Swiss energy provider ewz.

The plant supplies steam to the production facility of DSM Nutritional Products in Sisseln and other non-DSM production sites. The renewable electricity – enough to power 17,500 local households – is fed into the public grid. The plant will generate 267 GWh of steam and 42 GWh of renewable electricity per year and will be one of Switzerland’s largest and most efficient biomass power plants.

The new heat and power plant is another example of DSM’s commitment to reducing 30% of its greenhouse gas emissions from direct production and purchased energy in absolute terms by 2030 compared to 2016. DSM will decouple emissions from its growth through energy efficiency measures and sourcing more renewable electricity. As a complementary target, DSM will be purchasing 75% of electricity from renewable sources by 2030, with 41% already being renewable in 2018.

Chris Goppelsroeder, President & CEO DSM Nutritional Products said: ”Our Sisseln site is considered the largest vitamin manufacturing site in the world. We are successfully competing globally thanks to our technology, our well trained employees and the political stability this country provides. This investment in sustainability further enhances the site’s profile by significantly reducing our CO2 footprint - a key priority for DSM”.

The initiative in Sisseln is another proof point of DSM’s drive to actively reduce emissions in its own operations and in the value chain of its products. Recently, DSM set new science based reduction targets for greenhouse gas emissions that have been reviewed and approved by the Science Based Targets initiative and aligned with the Paris climate agreement. DSM was the first European company in its sector to join the group of almost 180 leading companies with validated science based targets.