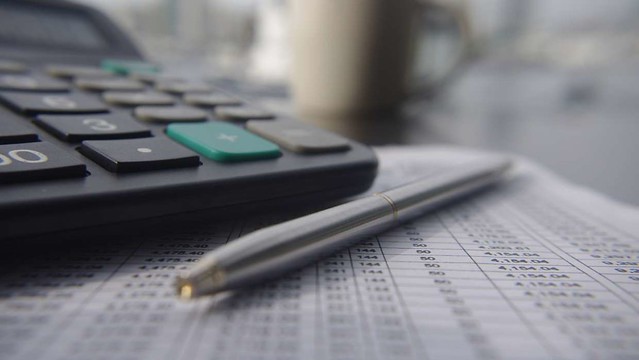 The Financial Reporting Council (FRC) has commenced an investigation into the audit by Grant Thornton of the financial statements of Interserve Plc for the years ended 31 December 2015, 2016 and 2017.

The investigation will be conducted under the Audit Enforcement Procedure.

Grant Thornton are said to have taken £90 million in fees for its services to Interserve in 2018.

A spokesperson for Grant Thornton UK LLP told ThisWeekinFM: "I can confirm we have received correspondence from the Financial Reporting Council informing us of its decision to commence an investigation. We will of course fully cooperate with them in this matter.”

In the accounting and auditing world, Grant Thornton is considered a rival to the big four of KPMG, Deloitte, Ernst & Young and Price Waterhouse Coopers (PwC.) The company has already been up before the Financial Reporting Council (FRC) on audit misconduct - and fined £3 million for 'massaging' the process in favour of the University of Salford and soft drinks supplier Nichols (whose brands include Sunkist and Vimto).

Meanwhile, as part of its investigation into the collapse of Carillion, the FRC also set a team of investigators on the tail of KPMG and the firm's audit of Carillion in the years 2014 to 2017. Prior to this, the FRC also started a review of two former Carillion Group Finance Directors, Richard Adam and Zafar Khan, in relation to the preparation and approval of the financial statements and financial reporting of Carillion plc for the years ended 31 December 2014, 2015 and 2016 and the six months ended 30 June 2017.

Ernst & Young was responsible for the almost instant pre-pack that allowed Interserve Plc to fold whilst its Group assets - the businesses - were transferred to ownership of lenders. This left Plc shareholders with nothing.

PwC has been criticised for the amount of money it took in fees from what was left of Carillion after its collapse.  PwC took thousands of pounds a day for the services of the administrators it allocated to the job of selling off Carillion contracts for peanuts.

Each of the big four had their snouts in the Carillion debacle - earning an estimated £40 million in 2017 alone as the company commenced what was to become a spectacular decline.

The FRC is also still looking at Deloitte’s audit of Mitie in 2017.

There have been repeated calls in Parliament to actually dismantle the big four while the  Competition & Markets Authority has been looking into what many see as a cartel.

The FRC could also see itself rebranded as the  Audit, Reporting and Governance Authority - supposedly with more teeth and an ability to move faster than a glacier.

The FRC’s current mission is said to promote transparency and integrity in business and set UK standards for accounting and actuarial work. As the regulator for the sector, the FRC monitors and takes action to promote the quality of corporate reporting; and operates independent enforcement arrangements for accountants and actuaries - primarily working in companies with a turnover of £200 million or greater.

The Audit Enforcement Procedures are:

Picture: The Financial Reporting Council has commenced an investigation into Interserve's auditors.