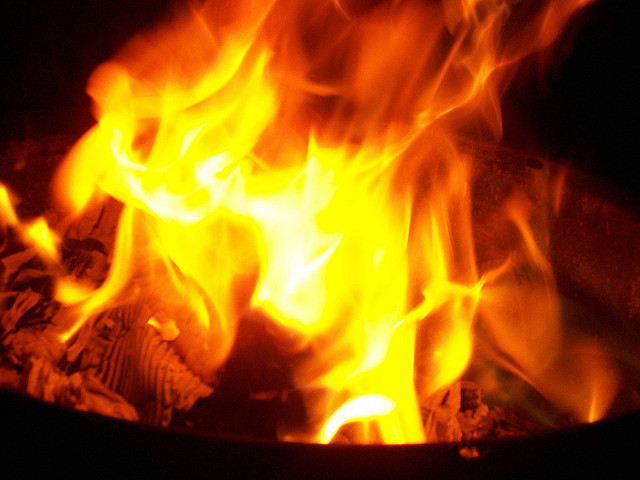 Administrators were appointed to Interserve Plc on Friday March 15 - within minutes, the entire Group's business and assets were sold to a newly incorporated company to be controlled by the Group's lenders.

Interserve's Board of Directors had warned that if its deleveraging plan was voted down, it would act quickly to preserve what little value was left in the company - effectively a threat that the company would go in to administration. The plan was voted down and by 12:35pm, Ersnst & Young's Alan Hudson and Hunter Kelly had signed off on a 'pre-pack' sale.

The deleveraging plan had involved asking the company's lenders to write off an element of debt and then issuing more shares to raise capital for operational purposes and to pay down  loans. The company's major shareholder, Coltrane Asset Management (which owned 27% of shares), had advocated resisting the plan and returning to lenders to insist they wrote off more debt. (Under the delevaraging plan, shareholders, including Coltrane, would have only realised about 5% of any remaining value between them with the company's lenders owning the rest.)

The Board attempted to rally support from smaller shareholders but failed. Those shareholders will now have lost what little value that was left. Despite the Board telling its 68,000 employees (45,000 in the UK) that Monday March 18 will see 'business as usual', it is anticipated that contractors and supply chain creditors will bit hit hard.

It is believed the beneficiaries of the Group's pension schemes have been protected.

The banks that now own Interserve have swapped their debt (£485 million) for full equity and will provide up to an additional £110 million of additional loans. The new owners include HSBC and the Royal Bank of Scotland along with investors Emerald Asset Management and Davidson Kempner Capital.

On Friday 15, CEO Debbie White said: "Under new ownership, the Group will have a strong balance sheet, competitive financial structure and a fundamentally solid foundation from which to deliver on its long term strategy."

Ernst & Young LLP had already been briefed as administrators to Interrserve Plc and so were able to move quickly on Friday March 15 to 'sell' the Group (not the Plc) to a recently incorporated company, Montana 1 Limited. Montana 1 will be renamed Interserve Group Limited.

Interserve requested that its shares were suspended from sale at the London Stock Exchange as at 12.35pm on Friday March 15. The cancellation was expected to take place at 8:00am on March 18.

ThisWeekinFM has learned that Interserve Group's shares could start trading again (on the FTSE Fledgling Index) as early as March 20. Despite Debbie White's assertion that 'Interserve is fundamentally a strong business that with a competitive financial platform in place can be a best-in-class partner to the public and private sector,' it would be no surprise if the Group's new owners started to divest shares in short order.

A statement on the operating website reads: 'Interserve (in administration) has announced the successful completion of the sale of the group. This alternative deleveraging transaction will restore the Group’s balance sheet and provide additional liquidity. The administrators have immediately sold Interserve’s business and assets to a new company, to be controlled by Interserve’s lenders.

'All companies in the Group other than the parent company will remain solvent, providing continuity of service for customers and suppliers.

'The alternative transaction involves the equitisation of approximately £485 million of existing debt and the injection of £110 million of new money into the Group.

'Completion of the transaction is anticipated to occur on or before Monday 18 March'.

Hanging on the telephone

The statement continues: 'The Group believes this is the best remaining option to preserve value, protect the jobs of employees and ensure the Group can carry on as normal with minimal disruption.

Picture: Ersnst & Young's signed off on Interserve Group's 'pre-pack' sale to lenders within minutes of shareholders rejecting a plan that would have seen the value of their holdings fall to just 5%.

News has reached ThisWeekinFM on Friday March 15 at 1pm that Interserve’s Shareholders have rejected the deleveraging plan proposed by the Board and thus the firm is expected to be placed in to administration by this evening.

The vote went approximately 60:40 in favour of rejecting the plan, with major shareholder Coltrane (27 per cent) leading the challenge. Coltrane had wanted Interserve’s directors to alter the deleveraging plan and seek greater write-offs from the company’s banks and other lenders.

The Board had tried to rally smaller shareholders to support its plan with the veiled threat that they would seek alternative arrangements to secure the remaining value for shareholders and creditors, which ultimately meant administration. With the loss of the vote the Board are expected to call in administrators, likely to be Ernst & Young, today.

Interserve’s shares (standing at 6.30 GBP) have been suspended from trading.

Interserve's 'de-leveraging' strategy appears to be in tatters and the company, which employs 68,000 people around the world, is likely to find itself in administration before the weekend if a vote goes against the Board's plan.

Interserve's latest plan to fend off creditors and ultimately a Carillion style collapse were thought to  have been agreed in principle with all of the company's lenders, bonding providers and the Pension Trustee. However, this morning, the BBC has reported that the plan (which was to swap the majority of  the company's huge debt for new shares) requires the support of more than 50% of the shareholders. Interserve's biggest shareholder is US hedge fund Coltrane. Coltrane is said to be not willing to approve the plan.

The BBC report says Interserve directors have said the comapny has 'a mountain to climb' to prevent the firm from collapsing under the weight of a nearly £650 million debt.

ThisWeekinFM recently reported that Interserve's debt actually stood at £600 million. The new share issue would have looked to cut that to £275 million - but with current shareholders left with next to nothing as their existing shares were devalued.

Although all shareholders are likely to lose the vast majority of any value left in Interserve, the Board does have one glimmer of hope - and that is for small shareholders to vote in favour of the deleveraging plan. Coltrane's holding is  27%, thus it is still possible to raise enough votes to push the deal through against Cotrane's wishes.

A General Meeting has been called for March 15 to vote on the deleveraging plan. Interserve's Board have declared: 'It is the only plan today that is capable of being implemented, preserving some value for shareholders'.

A Board statement continues: 'The company is in a critical financial situation. If shareholders do not support our plan we have taken steps to prepare for an alternative transaction to protect the business and preserve value for our creditors customers and our suppliers'.

The statement adds: 'The Board considers the deleveraging plan to be in the best interests of Interserve and all its stakeholders, including shareholders, as a whole. Our plan preserves some value for shareholders. This will not be the case if the proposals are voted down. It is the only plan with the support of all of our lenders and the Pension Trustee. It is a plan that secures the future of a business that, with a firmer financial footing, will be successful. It is a plan that secures 68,000 jobs, pensions and public services'.

Administration could be best

Although Interesrve going in to administration and its assets being sold off to repay the company's lenders - one analyst (quoted by the BBC) is of the opinion that if the Interserve group companies can retain their order books as sold-off separate entities but unhindered by debt, they could all trade very efficiently - avoiding the a Carillion-style disaster...creditors, shareholders and sub-contractors may not see this in the same positive light.