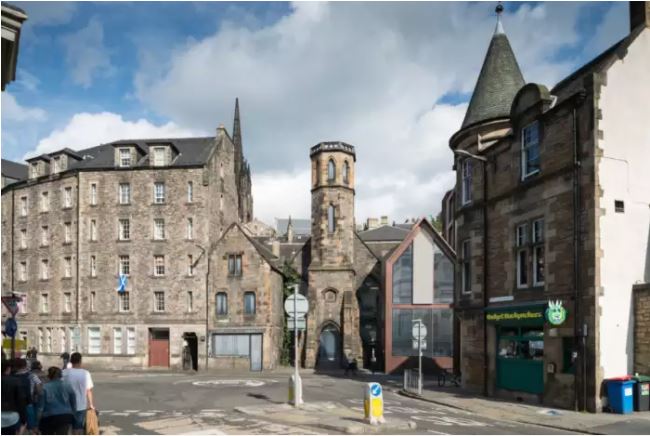 India Buildings Limited has appointed Thomas & Adamson for the landmark development of the first Virgin Hotel outside of the US.

Thomas & Adamson are a global construction and property consultancy. they will act as project managers and quantity surveyors.

The 225-bed project will occupy the 19th century India Buildings on Victoria Street in the Old Town of Edinburgh and is set to open in 2020. India Buildings forms part of the UNESCO World Heritage Site, bordered by the historic Cowgate and the Grassmarket to the South and Victoria Street to the North, which leads up onto the world-famous Royal Mile and Edinburgh Castle.

Thomas & Adamson will oversee the development of the five-star blend of  bedrooms with multiple bars and restaurants. The property will include one of the brand's flagship Commons Club restaurants, meeting and conference facilities and function rooms. The scope of work for the project comprises refurbishment of the three existing listed buildings and a new-build pavilion extension housing guest rooms, landscaping and public realm works.

The project will be developed by Flemyn LLP assisted by Jansons Property and  managed by Virgin Hotels.

The hotel is expected to provide a £5 million boost to the local economy every year, as well as support hundreds of jobs during its construction.

Brian Donaldson, Partner at Thomas & Adamson, said: “The country’s first Virgin Hotel has attracted huge international interest and this sector, despite the widely anticipated challenges of Brexit, has continued to develop.”

Picture: An artist's impression of the new Edinburgh Virgin Hotel