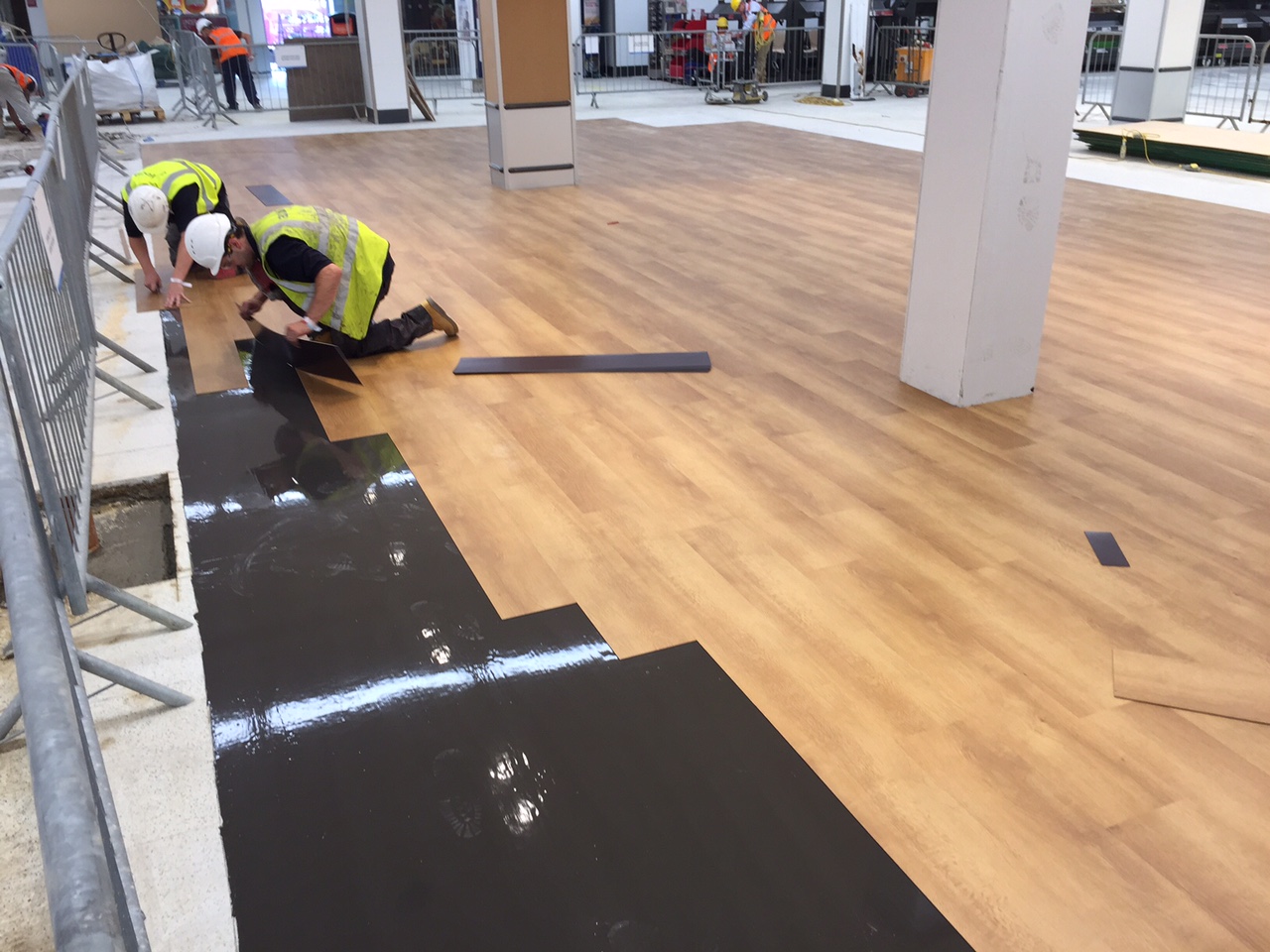 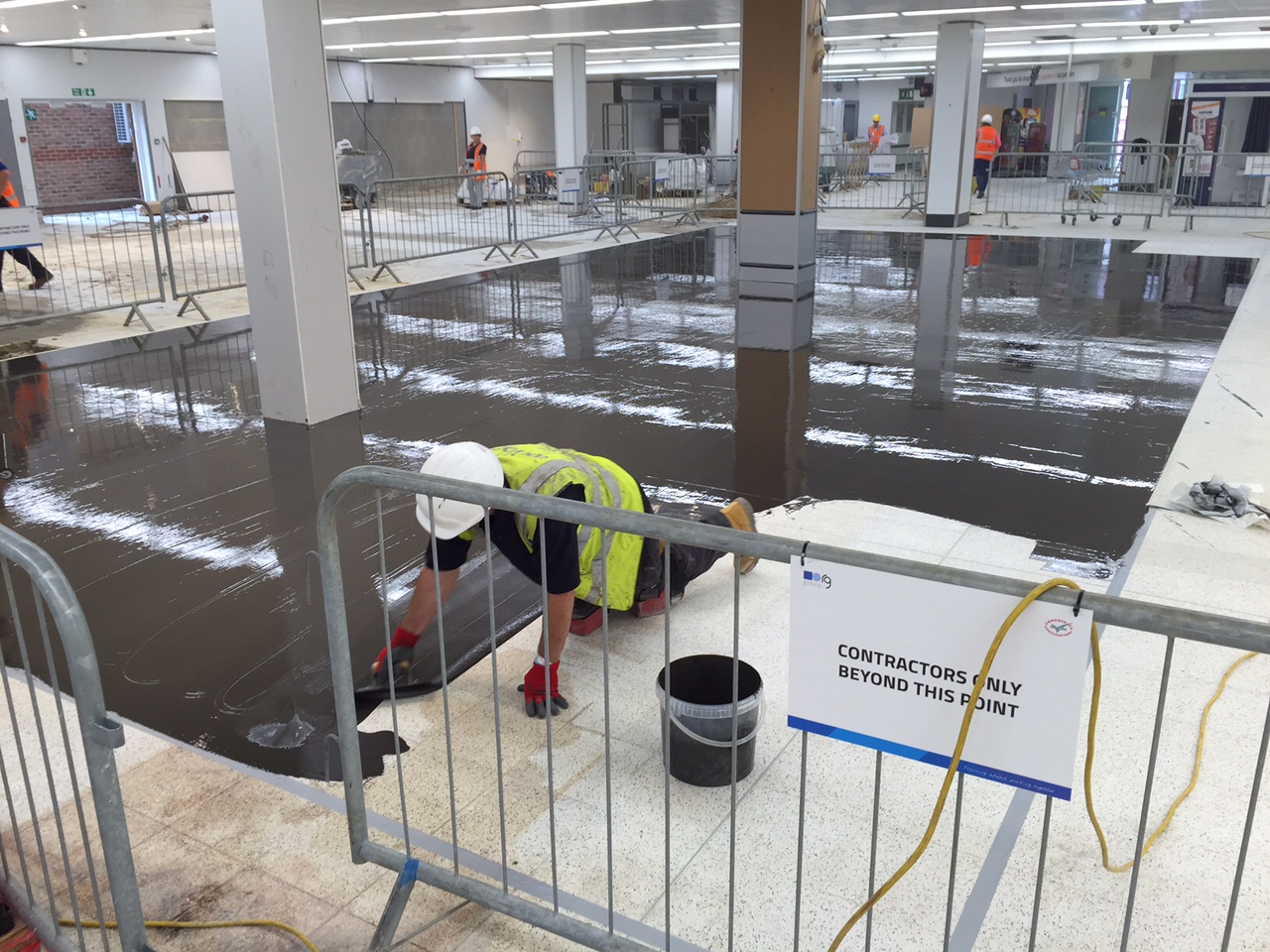 Without a doubt, online shopping has elevated consumer expectations in-store and more than ever, customer experience is playing a greater role in consumer behaviour. Couple this with a shift away from building new stores to enhancing existing ones, and it’s clear to see that the coming years will place a greater impetus on quality refurbishment. Flooring will play a pivotal role, having to facilitate quick fit-outs that minimise downtime and keep stores looking fresh and engaging.

The retail flooring industry is also varied. While shopping centres tend to lean more toward aesthetics, supermarkets aim to blend the decorative with the durable to maintain a safe and serviceable environment. Regardless of the space, high footfall is almost always a certainty and something that must be considered during a facility’s design. But supermarkets don’t just need to contend with footfall. There’s also trolley traffic and spillages that can discolour or stain the floor, as well as scuffs and scratches from smashed packaging.

We’ve also seen a record number of brands booking short-term “pop-up” commercial spaces. In 2017, according to EE’s Britain’s Pop-Up Retail Economy report, the UK’s pop-up industry was estimated to be worth £2.3 billion, accounting for around 0.76 per cent of total retail turnover. As the name suggests, these spaces need to pop-up quickly – overnight in many instances – for maximum impact.

Modular loose-lay flooring not only enables speed of install, but also the design agility required for spaces with a high turnover of multiple brands.

IOBAC’s MagTabs are small magnetic tabs that can affix to any magnetically receptive sub layer, whether that’s a metal raised access floor, widely used in modern office buildings and data centres, or a metallic base, created by either IOBAC’s Express Cure Resin, proving popular in retail spaces, or magnetic roll-down underlay, designed for temporary, quick solutions (such as pop-up stores).

Express Cure Resin has an extremely fast curing time of between 1-2 hours, making it well-suited for quick projects requiring minimal disruption to business operations. MagTabs can be used with non-magnetic carpet and 4mm+ vinyl tiles and can then be affixed to the sub-layer. As such, retail stores aren’t limited to what’s available in the magnetic tile range. MagTabs increase options, enabling most carpet tiles in the world to be installed and multiple floor surface types to be installed seamlessly alongside one another.

When it comes to flooring, rarely does one size fit all, especially in the retail sector. For supermarkets’ main concourses, for instance, a more hard-wearing finish is preferable, whereas areas where customers are more likely to stop and take in their surroundings – like cafés and checkouts – need to have more of an aesthetic quality.

MagTabs’ compatibility with multiple floor surface types – magnetically-backed or not – offers design agility and means flooring can be regularly and easily updated to remain in-keeping with different occasions – Christmas and Easter, for example – or different marketing campaigns and pop-up spaces.

From August 2020, existing Tesco Express and Metro store staff will be responsible for certain cleaning duties. Employees in the retailer's smaller...

No Slip-ups With Campus Floors

The University of the West of Scotland’s new £110 million Lanarkshire campus has installed floors that convey the open, multi-functional and collaborative...