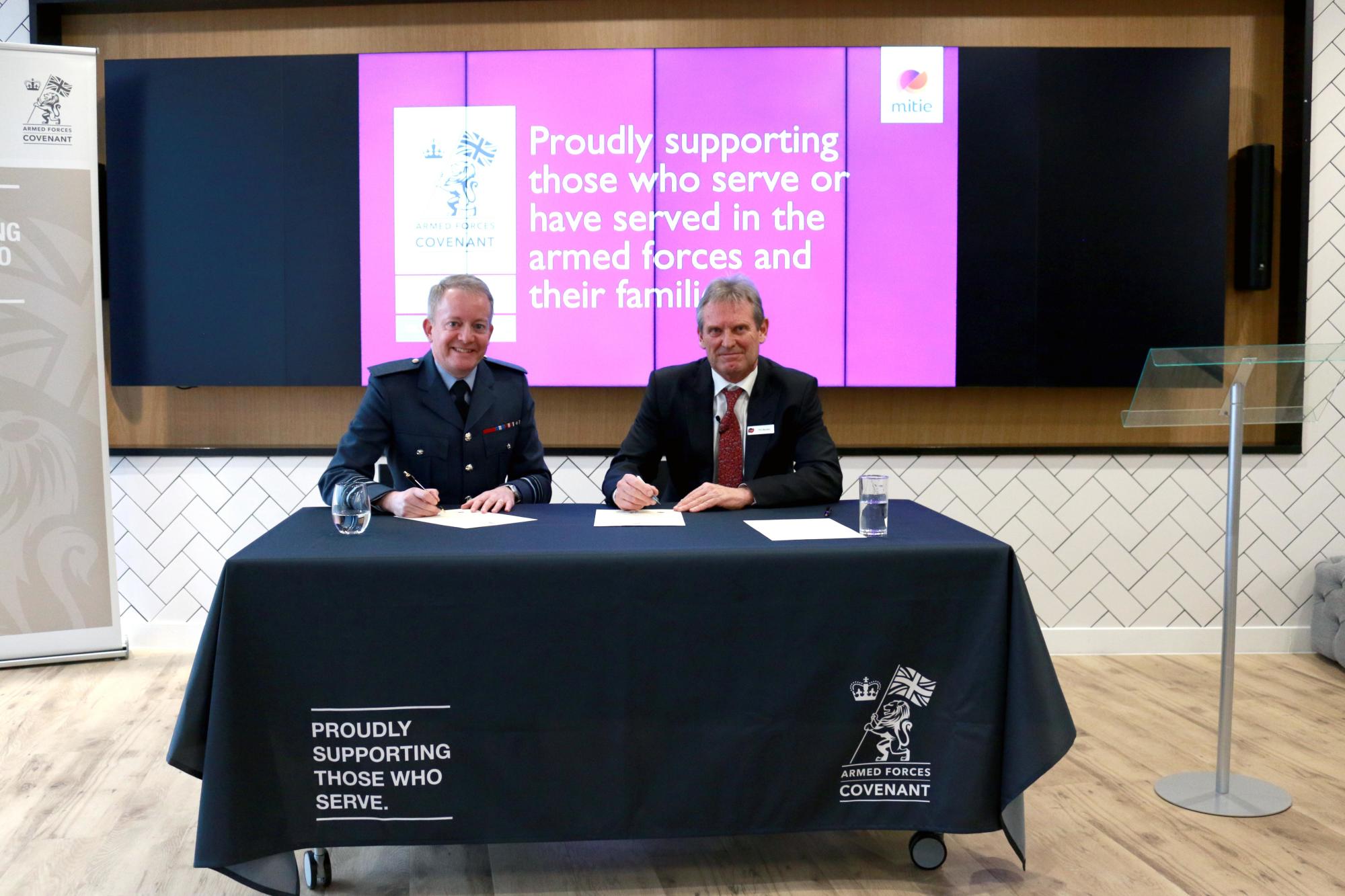 Mitie has been accredited with the Gold Award on the Ministry of Defence’s Employer Recognition Scheme.

This comes after last year’s Silver Award and is part of Mitie’s support for the military community, including ten additional days paid leave for Military Reservists and the introduction of mentoring and career transition guidance for military personnel moving to civilian life.

“The breadth and diversity of the winners this year shows how business support for the Armed Forces continues to grow no matter the sector, company size or location. I am grateful for the positive attitude and flexible policies these organisations have adopted towards the defence community, which is testament to the fantastic contribution our serving personnel, veterans and their families can make to any organisation.”

Minister for Defence, People and Veterans

Supporting a Military Community of Over 1,300 Employees

Over the past 12 months Mitie has introduced a number of new initiatives, including providing an additional ten days paid leave – up from five days unpaid – for Reservists to attend their training and mobilisation commitments.

Mitie has also established new mentoring and career transition support for those leaving the Forces as they transition to civilian life. With support from the “Mitie Military” Armed Forces network, employees can access mentoring, with ongoing support and advice on furthering their career.

Meanwhile, the network has also supported the Career Transition Partnership to provide individuals leaving the forces with hands-on experience to better understand the facilities management sector and how to kick-start their career in FM.

The FM company has also been running a series of supplier engagement days across the country, attended by over 250 businesses, to explain the benefits of employing from within the Armed Forces community and how to better support these individuals.

Charles Antelme, Head of Defence, Mitie, commented: “Our Mitie Military is an incredibly important part of our business, bringing new perspectives, ideas and skills at every level of the organisation.

“We are committed to continuing to build our support for the Armed Forces making a positive impact for veterans, reservists and forces’ families both inside Mitie and beyond.”

Johnny Mercer, Minister for Defence People and Veterans, added: “The breadth and diversity of the winners this year shows how business support for the Armed Forces continues to grow no matter the sector, company size or location. I am grateful for the positive attitude and flexible policies these organisations have adopted towards the defence community, which is testament to the fantastic contribution our serving personnel, veterans and their families can make to any organisation.”

“I am delighted that so many companies are supporting our people and that, through this scheme, we can give them the public recognition they deserve.”

Picture: A photograph representative from Mitie and the Armed Forces Covenant