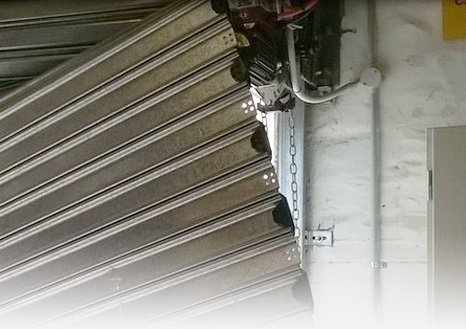 A roller shutter door fell during repair works - no injuries but fine for not planning properly. Elsewhere, fines for unsafe vehicle movements - one which ended in a fatality.

Court Comes Down On Principal Contractor

A Principal Contractor has been fined after a roller shutter door damaged a market stall in Walthamstow.

Westminster Magistrates Court heard that, at approximately 5:00am on 3 August 2016, employees of Flex D B Construction Ltd were removing a roller shutter door on the boundary of a site on High Street, Walthamstow. During this activity, the door fell onto the pavement, badly damaging a market stall. Fortunately, there were no injuries.

An investigation by the Health and Safety Executive found that there was no risk assessment for the task of removing the roller shutter door. The site manager was not on site when the incident occurred meaning that there was no supervision of the workers. The investigation also found that the site issues could have been rectified by appropriately planning, managing and monitoring of the construction work.

Flex D B Construction was found guilty of breaching the Construction (Design and Management) Regulations and was fined £45,000 and ordered to pay costs of £4,064 and a victim surcharge of £170.

After the hearing, HSE inspector Sarah Robinson commented: “Those in control of work have a responsibility to plan, manage and monitor safe methods of working. “There was no risk assessment or method statement for the task of removing this roller shutter door and it is fortunate that no one was injured.”

31 January 2018 - A London Borough Council and large waste company have been fined after a worker was crushed by a reversing dust cart, suffering significant injury.

Southwark Crown Court heard how, on 9 May 2016, an employee of London Borough of Croydon, working within the motor vehicle repair undertaking of Veolia ES (UK) Limited as a workshop cleaner, was struck by a reversing 17 and a half tonne dust cart. The worker suffered multiple fractures to his right fibula, femur, knee, ankle, wrist and hand. He also suffered a degloving injury to his right hand requiring a skin graft.

An investigation by the HSE found the workshop cleaner was employed as a ‘supported employee’ due to his learning difficulties with a recognised need for heightened supervision.

Due to his work, he was often required to work in parts of the site, such as the workshop, where large vehicles with low rear visibility for drivers were manoeuvring. He was known to have a history of standing in the path of moving vehicles, an issue known to both duty holders which they failed to address adequately.

It was later found that London Borough of Croydon had relied upon a historical ‘agreement’ from 2003 whereby their previous waste contractor had agreed to supervise the workshop cleaner.

The court heard that direct management or supervision of the individual had diminished over time and the worker was left with no active management. It was found that London Borough of Croydon failed due to their presumption that Veolia were managing the injured party and that they should have communicated with Veolia to keep their employee safe.

Veolia ES (UK) Limited did not recognise this ‘agreement’ nor did they require the services of the workshop cleaner but nevertheless, the worker continued to operate within their workshop and had done since their contract began.

It was found in court that Veolia failed to take reasonably practicable precautions to ensure the injured party was safe whilst working within their workshop due to a lack of implementation of adequate controls for workplace transport such as use of a banksman.

The court also heard both duty holders failed to take into account the specific capabilities of this vulnerable worker and to take reasonably practicable steps to ensure the safety of this individual working within a high-risk environment.

Speaking after the hearing, HSE inspector Megan Carr said: “This serious workplace transport incident could have been avoided if both duty holders had taken the appropriate safety precautions when planning this activity. Failing to identify the risks led to this man suffering serious life changing injuries.”

30 January 2018 - A skip hire company has been fined after a lorry driver was fatally crushed between two vehicles.

Leicester Magistrates’ Court heard how, on 4 November 2015, Beverley Upton, an employee of MAC Skip Hire Limited, was crushed between her lorry and the bucket of a shovel loader while it was being loaded. They had been trying to remove some overhanging waste when the incident happened.

An investigation by the HSE found the company had failed to implement and follow systems and site rules for loading operations, at their Leicester Road, Hinckley site, which resulted in a failure to suitably segregate pedestrians and vehicles.

MAC Skip Hire Limited pleaded guilty to breaching the Health and Safety at Work Act and have been fined £60,000 and ordered to pay costs of £14,500.

Speaking after the hearing, HSE Inspector Mark Austin said: “This was a tragic and wholly avoidable incident, caused by the failure to ensure that basic site controls and rules were being managed and enforced, such that pedestrians were not at risk from these large vehicles working in the area.”

26 January 2018 - A Stockton-based waste recycling company has today been fined after a worker was injured following a workplace transport accident in September 2016.

Teesside Magistrates’ Court heard how, on 30 September 2016, the employee of Skippy Waste Services Ltd was walking along the roadway between the warehouse and sorting shed when he was run over by a reversing telehandler. This resulted in the employee sustaining multiple fractures including four breaks to his left leg.

An investigation by the HSE found that measures in place to protect employees on foot from the risks associated with moving vehicles were inadequate. In particular, there was a lack of physical measures, like pedestrian walkways, while the management arrangements in place were not sufficient to control vehicle movements.

Skippy Waste Services Ltd pleaded guilty to breaching the Health and Safety at Work Act and was fined £35,000 and ordered to pay £1,852.76 in costs.

After the hearing, HSE inspector Chris Lucas said: “The fatal injury rate in the waste industry is around 15 times greater than the all industry average and the biggest cause is workplace transport.

“This incident could so easily have resulted in yet another death and could have been prevented by the company implementing simple measures, such as the pedestrian walkways which it put in place afterwards. This should serve as a lesson to others in the waste industry about how they should effectively control workplace transport risks to prevent others seriously-injured or killed.”

Picture: A roller shutter repair for illustration purposes only