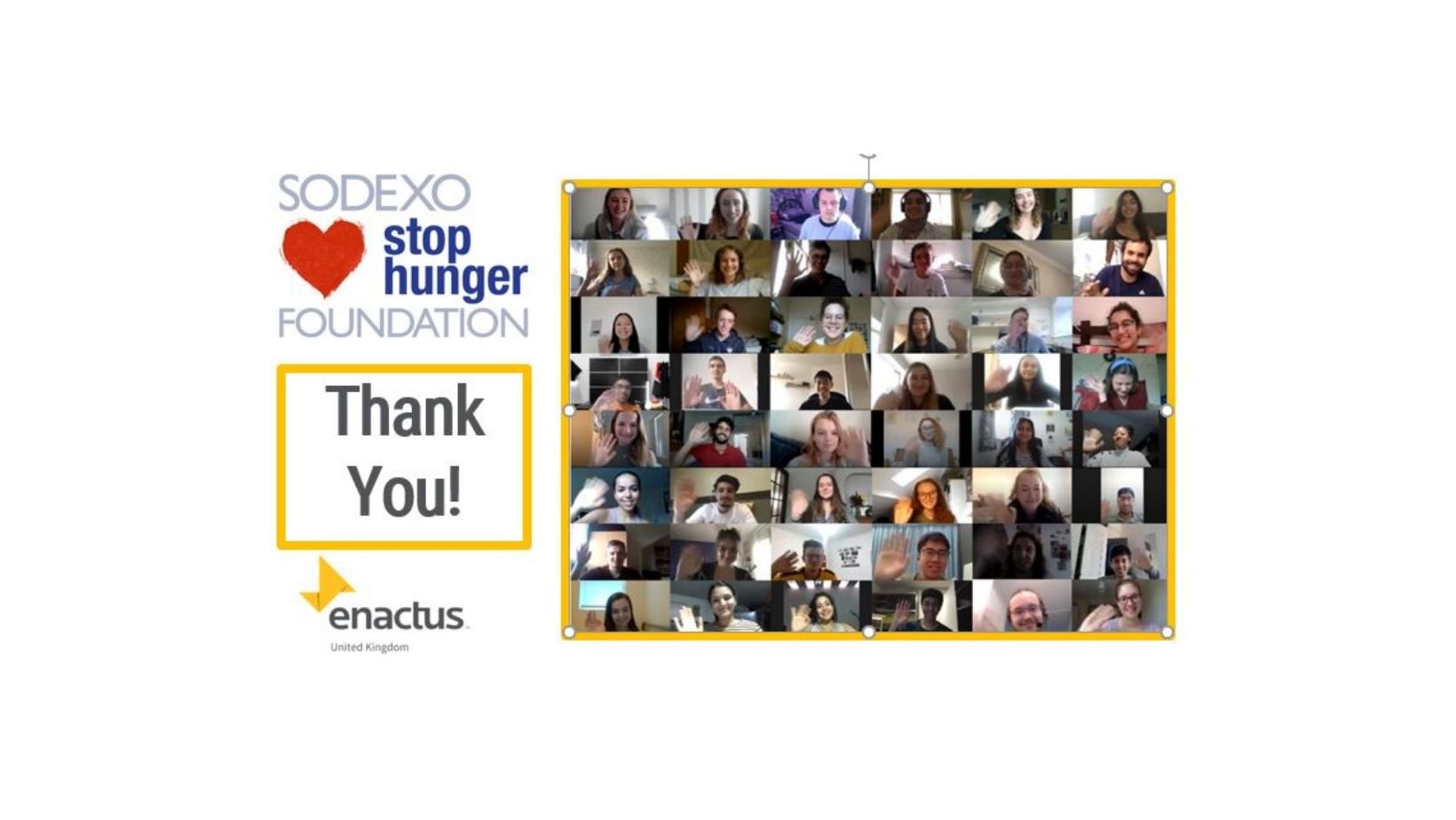 Students from ten universities across the UK have participated in a Dragon’s Den-style competition organised by Sodexo’s Stop Hunger Foundation in partnership with social enterprise and education charity, Enactus UK.

“We have been completely blown away by the creativity and commitment of the students who presented to us,"

The projects needed to have clear aims and objectives which included long-term sustainability and a clear impact on beneficiaries and project reach. Each team was required to prepare a 6–12-month business plan including ways in which funding from Sodexo could help accelerate the project impact.

“We have been completely blown away by the creativity and commitment of the students who presented to us," said Gareth John, Sodexo’s European Director of Sodexo Legal Affairs and Chair of the Sodexo Stop Hunger Foundation. "All the projects we heard about were focused on tackling food poverty which aligns perfectly with our Stop Hunger ambitions. There were some great concepts around delivering meal packs within their communities, reducing food waste and creating affordable meal kits for distribution to low-income families."

Each of the Enactus student teams, from universities including Cardiff Met, Birmingham City, Durham, St Andrew’s, Hull, and Sheffield Hallam, pitched for a share of £6,000 funding.

With all ten teams devising strong projects the Sodexo panel of judges awarded funding ranging from £500 up £650 to all teams. Two of the strongest initiatives came from teams from Portsmouth University and the University of Hull, who each received £650 funding for their projects.

"The funding from Sodexo will help us to expand to reach more families," said Hull’s project leader, student Lois Nash. "Sodexo will also be mentoring us in areas we need support with, like accounting and finance. How do we capitalise on the money we’ve been given and make the Undivided Food Co more sustainable for the future? Having advice from people in such a big business will steer us."

Skill Building in the Process

Sodexo is committed to supporting student employability and success in higher education and has partnered with Enactus UK which engages with around 3,000 students across 60 universities every year, linking with large business organisations such as Sodexo to help encourage young social entrepreneurs.

Sodexo’s partnership with Enactus UK began in 2019 and reinforces its Social Impact Pledge and commitments to offer mentoring, career advice, internships and job opportunities to students.

In September 2021 Sodexo contributed a further £12,000 which will enable Enactus to hold a week for Enactus students from across the UK where they can spend time with business leaders and subject matter experts from Sodexo to help progress their social action projects.

Sodexo’s Stop Hunger Foundation is active in 40 countries around the world. In the UK and Ireland, Sodexo volunteers work alongside charities and organisations, donating time, skills and money to tackle hunger, support good nutrition, and promote life skills in local communities. Since 2010, the Stop Hunger Foundation has donated more than £3.4 million to charities tackling hunger and malnutrition.

Picture: a "thank you" graphic showing students involved in the projects.