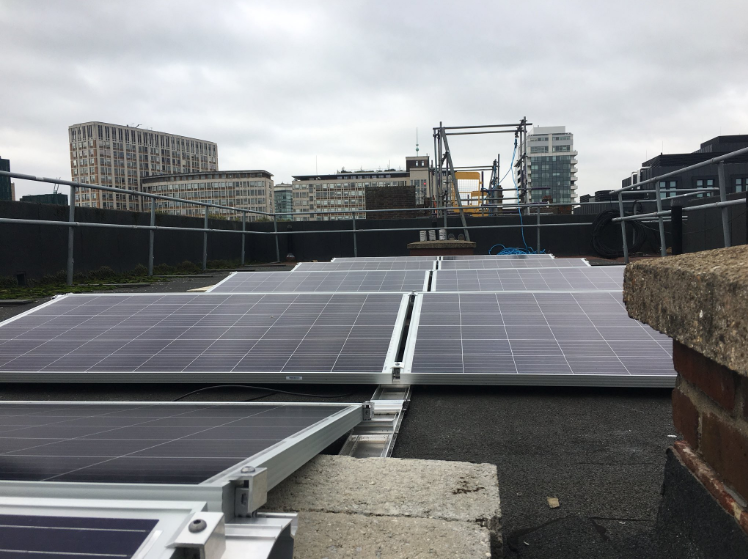 The Vauxhall Energy community energy programme has reached completion with the installation of a solar array to drive renewable energy into the community.

Vauxhall Energy is a registered community benefit society supported by ENGIE, Repowering London, Vauxhall Gardens Estate Residents and Tenants Association (VGERTA) and Lambeth Council. It is a community-owned solar power initiative in the Vauxhall Gardens estate in south London which offered an exciting opportunity for individuals to support the generation of solar power in Vauxhall and to contribute to wider action to reduce dependence on fossil fuels.

The scheme was funded by investors from the local community, who had the opportunity to buy shares and receive interest payments predicted at 3%. In addition, ENGIE agreed to contribute £15,000 towards the cost of installation, as well as carrying out the technical installation of the solar panels. A further £15,000 has been ring-fenced for the benefit of the community over the 20-year life of the project.

Jamie Quinn, Corporate Responsibility and Environment Director with ENGIE explained: “‘ENGIE has partnered with Repowering for the last two years and is proud to be supporting the Vauxhall Energy project, which aligns perfectly with our purpose to improve lives through better living and working environments. We are supporting the project through our renewable capabilities as well as financially through an ENGIE and London Borough of Lambeth Community Fund, which was established as part of our facilities management contract in the borough.”

The project has seen the installation of 65kWp of solar panels on five blocks on the estate, which will generate 1059 MWh of renewable electricity during the lifetime of the project, saving 24 tonnes of carbon emissions per annum.

Afsheen Rashid MBE, Co-CEO of Repowering London, said: “‘Vauxhall Energy is unique in this current landscape given the reduced Government support for renewable energy. We are proving the resilience of community energy that is here to stay. The project brings together the public and private sector alongside the community. The project could not have happened without the support of our partners Lambeth Council and ENGIE.”

Vauxhall Energy Director Liz Cox added: “This project has received an incredibly positive response from the local community. It’s very clear that people want a stake in improving the area and the wider environment.”

Picture: The Vauxhall Energy community energy programme has installed 65kWp of solar panels with the support of ENGIE and other contributors.

In the latest update of the Competition and Markets Authority’s enquiry into a possible breach of competition law by the merger of Bouygues and EQUANS, the two...