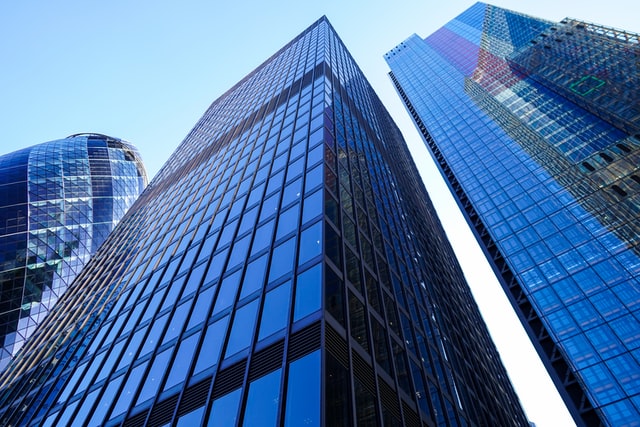 The best locations for budding British entrepreneurs have been analysed in a recent study.

2020 saw a 12.3 per cent increase in new businesses, the highest growth on record, despite obvious challenges from the pandemic, the ensuing lockdown and the UK’s exit from the European Union. Between June and August 2020, 59,358 new companies were created at Companies House.

Using data from the Office for National Statistics, as well as average productivity levels, office rental costs and average download speeds, the top fifteen UK towns and cities for enterprise have been named by technology provider Fasthosts.

What Makes a City Perfect for Starting Up a Business?

There are several factors that might make a city or a town a suitable base for an entrepreneur.

To determine the best UK locations for enterprise, Fasthosts considered a range of factors and assigned each a relative index score to make comparison possible.

Raw data for 85 towns and cities across England, Scotland, and Wales was recorded, focussing on several factors including:

And the Winners Are…..

Bedfordshire town Luton has been named the best-all round UK location to start a new business, with an overall index score of 3.375, ranking marginally higher than Reading (3.312), which claims second place. Nottingham (3.276) finished third on the list.

Liverpool (3.156) leads as the best North West location to start a business, and finished 6th overall. Portsmouth (3.109) is ranked one place lower in 7th. 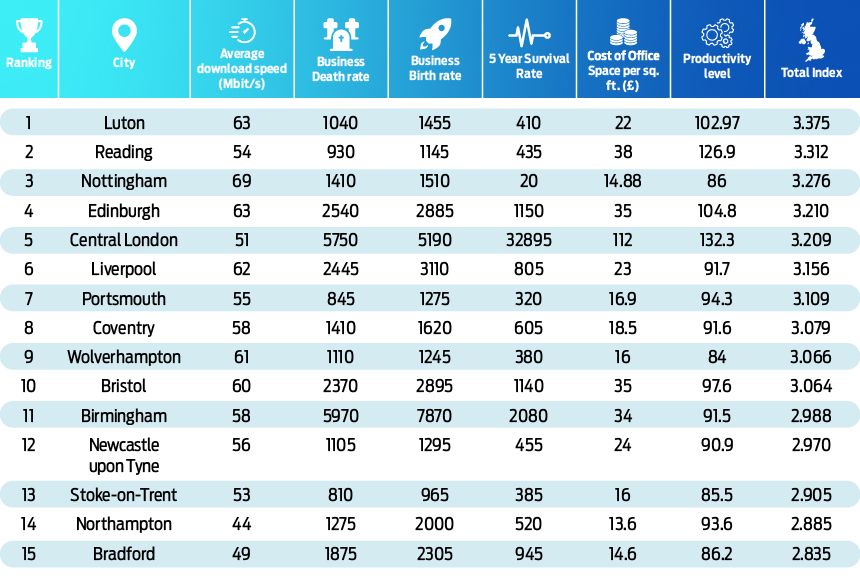 Bristol (3.064) ranks just ahead of Birmingham 2.988), the city described as “emerging from the shadow of London”, offering a hub for technology, finance and STEM industries.

Heading northwards to Tyneside, Newcastle (2.970) is the 12th best UK location for setting up your new business, with Stoke-on-Trent (2.905) and Northampton (2.885) trailing close behind.

Picture: a photograph of some large skyscraper buildings