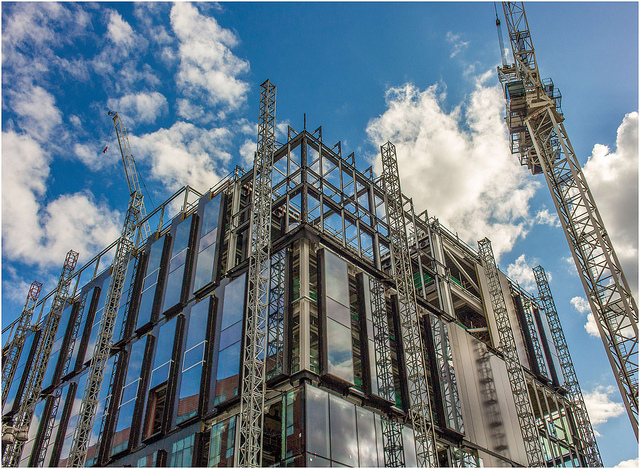 Big Northern and Midlands cities are outperforming the rest of country in attracting jobs and residents to city centres – but action is needed to protect the commercial space driving this growth, a new report reveals.

The report shows that the number of people living and working in Manchester, Leeds and Birmingham city centres has soared in comparison to other cities across the country. However, it also warns that planning reforms are needed to enable these cities to provide both the commercial space and housing they need to continue to thrive.

Shaking off the hangover

It shows that the cities which have seen the biggest growth in their city centres over recent decades are not those with established successful economies (which are largely in the South-East), but instead the major urban centres of the North and Midlands, which until recently had struggled to shake off their post-industrial hangovers.

Manchester has seen the highest city centre growth in England and Wales in recent decades (as measured by combined jobs and residential growth in central areas), followed closely by Leeds, Birmingham and Liverpool.

The city centre populations of these cities all grew more than 6.5 times faster than that of London’s between 2002 and 2015.

Moreover, jobs growth in Manchester city centre outpaced all other cities in England and Wales, including that of London, despite the capital’s continued dominance in the national economy.

However, the report also warns that the urban resurgence in places like Manchester – and the continued growth of other successful cities ­– could be undermined by planning policies which prioritise residential development over commercial space in city centres.

In particular, it argues that Permitted Development Rights (which allow commercial space to be converted for residential use without planning permission) are threatening the commercial property which is integral to attracting firms and jobs to city centres.

The report makes two key recommendations to ensure that cities can protect and strengthen their commercial centres, while also building the houses they need:

Commenting on the report’s findings, Andrew Carter, Chief Executive of Centre for Cities, said: “Thirty years ago the centres of places like Manchester and Birmingham were run-down and struggling, but since then they have undergone a dramatic transformation, and have become increasingly attractive locations for people to live and work in.

“This urban renaissance has brought opportunities for people living across these cities and their surrounding areas and it’s vital that it continues. But for that to happen, cities need to take tough decisions on how to sustain the growth of their commercial centres, while also providing the homes their residents need.

“Public debate on these questions has rightly focused on housing issues in successful cities. But addressing these problems shouldn’t come at the expense of city centre commercial space, which will be vital in bringing more businesses, jobs and opportunities to these places in the future.

“Reforming planning laws to protect the commercial heart of cities – and to encourage more house-building in other areas – will help cities to manage these competing demands, and to continue to prosper in future.”

Christopher Stanwell, Head of Planning at DAC Beachcroft, said: “The report captures the essence of competing dynamics in our city centres. Solutions lie in sophisticated, collaborative responses that recognise the different patterns of use in different cities and that not all green belt is equal. Variable situations require flexible approaches.”

Picture: Cities such as Manchester should ensure there is plenty of commercial space development as well as housing if businesses are to thrive and grow.