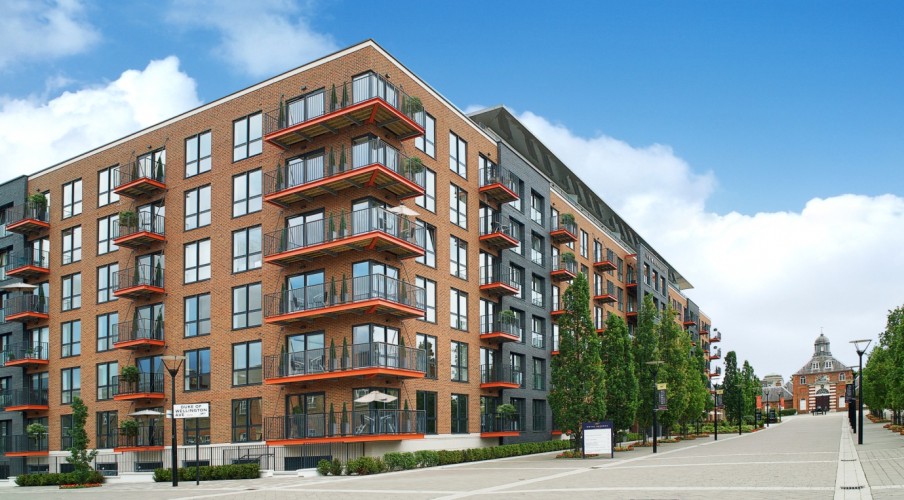 In 2018 Artic Building Services won a contract to provide a support resource to a luxury residential estate at Royal Arsenal in London. A year on and the estate keeps expanding - as does Artic's involvement.

Since the very beginning, the clients required a dedicated and semi-permanent engineering resource to ensure compliance and Hard FM service delivery.

Artic have equipped the site with a dedicated multi-skilled engineer 5-days a week to ensure all aspects of the services and compliance requirements for the estate are maintained at all times. Artic also support all reactive callouts as well.

As a result of the work at Royal Arsenal, Artic have several new developments in the pipeline and are in talks with major clients who expect exacting standards of service delivery to match the expectations of the residents of luxurious apartments.

Picture: One of the luxury apartment buildings on the Royal Arsenal estate.

Artic Building Services has been re-awarded the full air conditioning and ventilation maintenance contract at South London and Maudsley Hospital. The Planned...

Machines Get Better Healthcare Than Humans By 2020

A new study from Vanson Bourne has found that 75% of IT and field service leaders believe that machines will receive better, preventative healthcare than human beings by...

Artic Building Services has joined The 5% Club, an industry-led initiative focussed on driving momentum into the recruitment of apprentices, graduates and sponsored...

Platinum Facilities, the technology-led hard FM service provider, has announced it has been appointed by the specialist property management company Ashdown Phillips &...

Artic has been awarded the hard FM contract for the European HQ London office of video games developer Square Enix, at 240 Blackfriars. The contract was awarded...

What Preventative Maintenance is Required to Keep Heating Systems Safe?

As the UK lockdown continues, building owners must be vigilant about implementing preventative maintenance to protect heating systems in their empty...