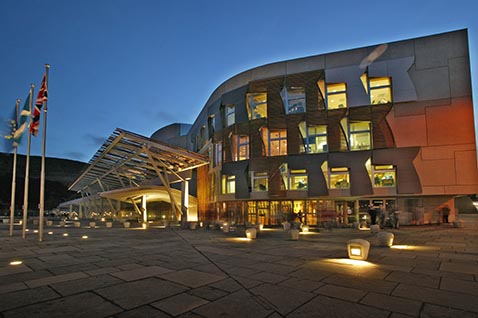 A Holyrood Committee has welcomed the environmental elements of the Scottish Crown Estate Bill in a report published week ending June 1 (the start of metrological summertime), while also suggesting ways it could be strengthened.

The Scottish Parliament’s Environment, Climate Change and Land Reform Committee made a series of recommendations followings its examination of the Bill which sets out the long-term management of Crown Estate assets, including 37,000 hectares of land, seabed, coastlines and rural estates.

Wake up and smell the coffee

Meanwhile Holyrood is also banning single-use coffee cups in its main buildings from June 4. The home of Scottish government uses nearly half-a-million cups a year. Reusable mugs are the way forward - with staff being given a month to prepare to either use those supplied or bring their own.

Scottish Environment Secretary Roseanna Cunningham said: "The Scottish government is determined to lead by example when it comes to tackling the scourge of plastic littering our countryside and polluting our seas.

"We are currently considering what other single-use items can be reduced and removed from Scottish government buildings later this year."

Environment, Climate Change and Land Reform Committee Convener, Graeme Dey MSP, said: “The Bill aims to ensure the estate’s assets are managed sustainably by those who are best placed to do so. Whether that’s Crown Estate Scotland, a local authority or community group, this Bill is a welcome step forward in terms of community empowerment."

Picture: Holyrood where from Monday June 4 the smell of coffee will be coming from ceramic mugs.