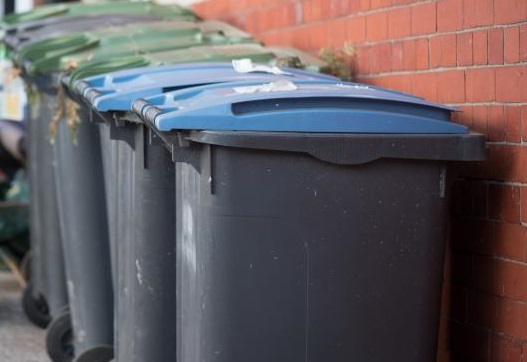 Two-thirds of plastic in packaging pots and trays is unrecyclable the Local Government Association has warned in week ending Aug 10. So manufacturers must scrap the 'smorgasboard' of plastics which are used in packaging so that councils can reduce waste sent to landfill and increase recycling.

The LGA analysis (which focused on domestic use and domestic collections but is still relevant in the commercial sector) suggests that only a third of plastic used by households is able to be recycled. It found 525,000 tonnes of plastic pots, tubs and trays are used by households a year but just 169,145 tonnes of this waste is able to be recycled.

The LGA is calling for manufacturers to work with councils and develop a plan to stop unrecyclable packaging from entering the environment in the first place.

Packaging for food can be made from a variety of polymers – molecules which make up plastic – which need to be separated out to remove 'low grade' and non-recyclable polymers such as polystyrene.

For example, fruit and vegetable punnets are typically made from three different types of polymers including polystyrene. Some plastic packaging is made from a combination of polymers, as different plastics are used in the body and lid of a yoghurt pot.

In one example of particularly inefficient packaging, microwave meals are often encased in predominately black plastic material for aesthetic reasons. However, black is the only colour that cannot be easily scanned by recycling machines and sorted, meaning this unnecessarily hinders the recycling process.

In addition to developing a plan that ensures recyclable packaging is used where possible, councils are calling on the Government to consider a ban on low-grade plastics, and for producers and manufacturers to contribute to the cost of collection or disposal.

The LGA says councils have done all they can to tackle this issue, with 99 per cent of councils collecting plastic bottles for recycling and 77 per cent collecting pots, tubs and trays but the inclusion of these challenging polymers in so much packaging is making it extremely difficult for recyclers.

“We’ve been calling for producers of unrecyclable material to develop a plan to stop this from entering the environment for years. That needs to happen urgently and the Government should now consider banning low-grade plastics, particularly those for single use, in order to increase recycling.

“We need an industry-wide, collaborative approach where together we can reduce the amount of material having an impact on the environment. But if industry won’t help us get there, then the Government should step in to help councils ensure we can preserve our environment for generations to come.”

The LGA report comes after a study from the National Audit Office that suggests half the packaging reported as recycled is actually being sent abroad to be processed.

Paul Gisby, who runs the ThisWeekinFM Scuba Diving Club which has strong environmental learning ties said: "Most big companies have corporate social responsibility and environmental policies and are looking at their societal impact and at single-use plastic in their places of work. They could make take a massive stride if they simply refused certain types of plastic to be used in their canteens or at their water points.

"On our local and international club tours, we see the harm that is being done to our oceans, beaches and sea life. That is why every club event, even at a local swimming pool, has an environment learning element."

Plastic pollution - the story gets worse

The fear of the damage done to the environment by plastics has gotten remarkably worse. A young scientist has discovered that not only is plastic a blight on the oceans and beaches of the world and a contaminant of sea life - it is also releasing huge quantities of global warming gases.

Dr. Sarah-Jeanne Royer set out to measure methane production from ocean biological activity - but she found the plastic bottles containing her samples were giving off more methane that the samples themselves. And the more sun waste plastic is exposed to, the more the rate of methane release goes up.

Margarine, butter and ice cream tubs - often contain the polymer polypropylene which is very difficult to recycle. An alternative approach would be to make them from the same plastic as water bottles which is easily recycled.

Microwave and meat packaging - the materials can be recycled but need to be sorted via an optical scanner first. However, as they are predominantly black this makes the process difficult. A simple change of colour could lead to a real increase in recycling.

Yoghurt pots - often made from a mixture of polypropylene and polystyrene, which can be hard to recycle. An alternative is to use polyethylene terephthalate, which is also used in plastic bottles and can be easily recycled.

Baked goods trays - the lining on these trays for cakes and baked goods is often made from difficult to recycle materials. Other options are available which could boost recycling numbers.

Picture: The LGA report comes after a study from the National Audit Office that suggests half the packaging reported as recycled is actually being sent abroad to be processed.