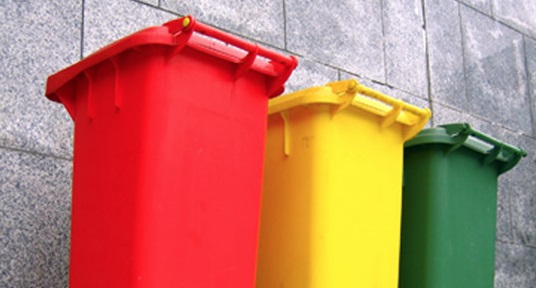 Despite the rise of recycling and recent high-profile debates in Government and the media about plastic use, 90% of businesses still do not have a green policy, it has been revealed.

UK waste management agency BusinessWaste.co.uk, says that the overwhelming majority of businesses are still behind the times when it comes to reducing their environmental impact. Mark Hall from the company told ThisWeekinFM: “Households are expected to recycle their waste as a matter of due course now and we are seeing much more media coverage of environmentally unfriendly items such as plastic water bottles or straws - but many businesses have been slow to implement changes into their day-to-day operations”

BusinessWaste.co.uk conducted a survey with 700 companies and found:

Hall added: “It isn’t just about recycling their waste - although this is, of course, very important - there are small changes which can be made each day which add up. Paper cups instead of plastic at the water cooler and encouraging employees to turn off lights in unused meeting rooms are two seemingly small ways to improve company green credentials - and each of these actions has real benefits.”

However, failing to address environmental impact - or even consider a green policy - isn’t just bad for a firm’s impact on the environment. A study reported in the Guardian in 2015 showed that young people were increasingly more likely to consider a company’s ethical standing when applying for a jobs - including its approach to sustainability, which suggests that businesses may be damaging their own desirability as employers, too.

Environmental experts recommend including both employees as well as management in the creation of new green policies in the workplace. Not only does engaging with employees create a sense of ownership over the workplace and its collective environmental impact, it can also help generate broader discussions about policies which are most relevant to their daily routines. For example, teams working in paper-heavy departments may be more likely to suggest moving to paperless systems, while employees who frequently travel to meetings might be more inclined to suggest conference calling as an alternative to cut the firm’s carbon footprint.

Creating an environmental policy is an opportunity for businesses to review whether its operations are environmentally responsible. It can also help lower cost through reduced consumption and waste, providing a real incentive for firms to look at all aspects of their day-to-day running, including their suppliers, energy use, and use of consumables.

Picture: 90% of businesses still do not have a green policy, it has been revealed.