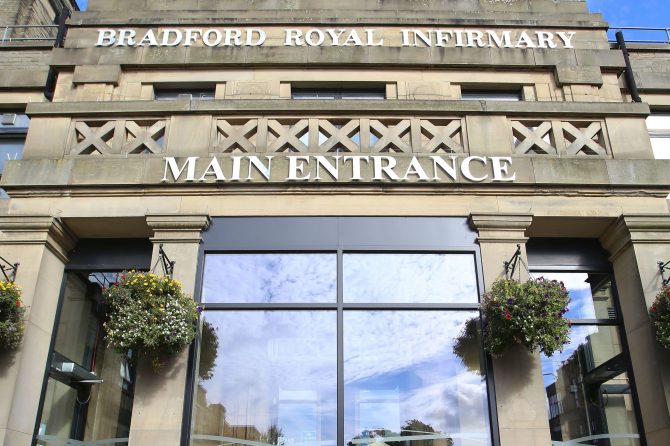 Plans by the Bradford NHS Trust to transfer porters, cleaners, security staff and others into a private company have been scrapped.

Earlier this year, senior managers at the Trust announced plans to transfer hundreds of staff into a new wholly owned subsidiary company.

Unhappy at the prospect of being forced to leave the NHS, the employees – who belong to the UNISON union – voted for strike action. They took to the picket lines for a total of three weeks over the summer to oppose the plans.

In August, a joint statement from the Acting Chief Executive of the Trust, John Holden, and UNISON Regional Organiser, Natalie Ratcliffe, said the two parties had agreed to suspend further industrial action and that they has agreed not to proceed with a October 1 transfer date.

The Board of Directors also agreed to meet on September 12, with UNISON being offered the opportunity to present its case to allow the Board to further reflect on the position previously taken. The outcome was due to be announced  in September but has dragged on until nearly December.

Commenting on the Trust’s decisio, UNISON General Secretary Dave Prentis said: “This is extremely good news for the staff who will continue to be employed by the NHS.

“Splitting workers within the same Trust between different employers makes no sense and adds further complications to patient care.”

“It is time for NHS Improvement to stop trusts going ahead with these projects without staff support. This case sends a strong signal that the practice of creating subsidiary companies should be brought to an end completely.”

Ratcliffe said: “The affected NHS workers will be overjoyed. It’s fantastic that the Trust has re-considered its position and now wants to rebuild morale, trust and team spirit in its hospitals."

Ratcliffe continued: “Thanks also goes out to all the local MPs who did all they could to support the striking health workers. Imran Hussein, Judith Cummins, John Grogan and Naz Shah raised the issue of wholly owned subsidiaries in Parliament and put the whole issue on the national agenda.”

Only last weekend the threat of strike action by UNISON-backed NHS workers in Surrey saw senior managers at the Frimley NHS Trust put similar plans to move support staff into a private company on hold.