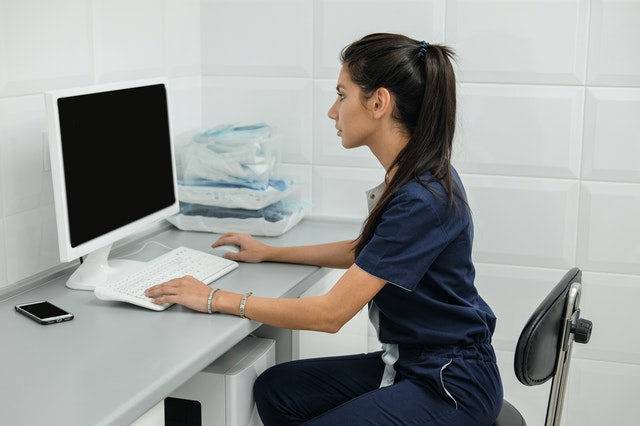 As over 70 cleaners, porters and other support staff at Carlisle’s Cumberland Infirmary prepare to strike over a decade-long pay dispute, Mitie says it has never received funding to make the payments.

Non-medical support staff, including switchboard operators, catering staff, porters and cleaners plan to take two days of industrial action on Friday 26 February and Monday 1 March. Members of the GMB union are also set to strike on the same days.

The strike is based upon the claim that staff working at Cumberland Infirmary are missing payments for working unsociable hours, a dispute dating back over ten years. The individuals striking are employees of Interserve, which has since had its FM arm acquired by Mitie.

Those striking are all UNISON members, and the trade union asserts that the extra money was agreed over a decade ago as part of the NHS Agenda for Change pay deal. It includes enhanced rates – such as time-and-a-half and double time – for working at unsocial times such as weekends or through the night.

At the time, the infirmary staff concerned were employed by Interserve, who was awarded the contract by the private finance initiative investment company Health Management Carlisle (HMC) investment, who owns the hospital.

According to UNISON, North Cumbria Integrated Care NHS Trust (NCIC) claims that they handed over a “substantial sum” to Health Management Carlisle many years ago.

Health Management Carlisle has denied ever received any payments from the Trust relating to unsocial hours payments.

“Our cleaners, porters and caterers keep the hospital running- we couldn’t do our jobs without them. Interserve [now Mitie] staff in other hospitals get proper unsocial hours payments, so why not in Carlisle? Local people want to know who is telling the truth about the missing funding and why this hasn’t been passed on to front-line hospital workers.”

Mitie Denies Claims of Refusal to Meet With UNISON

“Interserve [Mitie] have had years to resolve this issue and have failed to do so. In addition, UNISON made Interserve  [Mitie] aware some time ago about the potential for industrial action over this issue and yet the company has failed to enter into meaningful negotiations.

“To make matters worse, Interserve [Mitie] has not even contacted UNISON to request life and limb cover during the hospital workers’ proposed strike action. Instead, they are planning to bring in agency staff who may or may not have appropriate qualifications and DBS checks in place. If Interserve were genuinely concerned about patient and staff safety during the pandemic, they would work constructively with us to avoid industrial action.”

A Mitie spokesperson called these claims “untrue”, and said that they have been speaking to UNISON about the issue “regularly for many months”:

“We have asked Unison to enter into independent mediation or arbitration to seek to resolve this issue, however they have declined to do this.”

UNISON Cumbria and North Lancashire Health Branch Secretary Liz Walsh said: “Our Interserve [Mitie] colleagues do the same jobs in the same hospital as NHS colleagues. It’s simply wrong that they are not being paid the same rates for working at night and over the weekend.

“Our cleaners, porters and caterers keep the hospital running- we couldn’t do our jobs without them. Interserve [Mitie] staff in other hospitals get proper unsocial hours payments, so why not in Carlisle? Local people want to know who is telling the truth about the missing funding and why this hasn’t been passed on to front-line hospital workers.”

Union officials believe that Mitie has responded to the strike ballot by trying to intimidate its staff out of taking strike action.

One anonymous employee said: “Today we received a letter from a regional manager saying he was disappointed that we are taking action during a pandemic. But we are disappointed with the company for failing to resolve this when they've had long enough. We don't want to have to go on strike, but we know we must.”

Mitie has today confirmed that no staff will face disciplinary action as a result of the strike, and that any staff absences as a result of industrial action will be covered by other colleagues currently working on the contract.

Editor's note: Interserve's FM business was sold to Mitie on 1 December 2020, and therefore any references to Interserve post this date refer to Mitie, not Interserve

Picture: a photograph of a member of hospital staff working at a computer