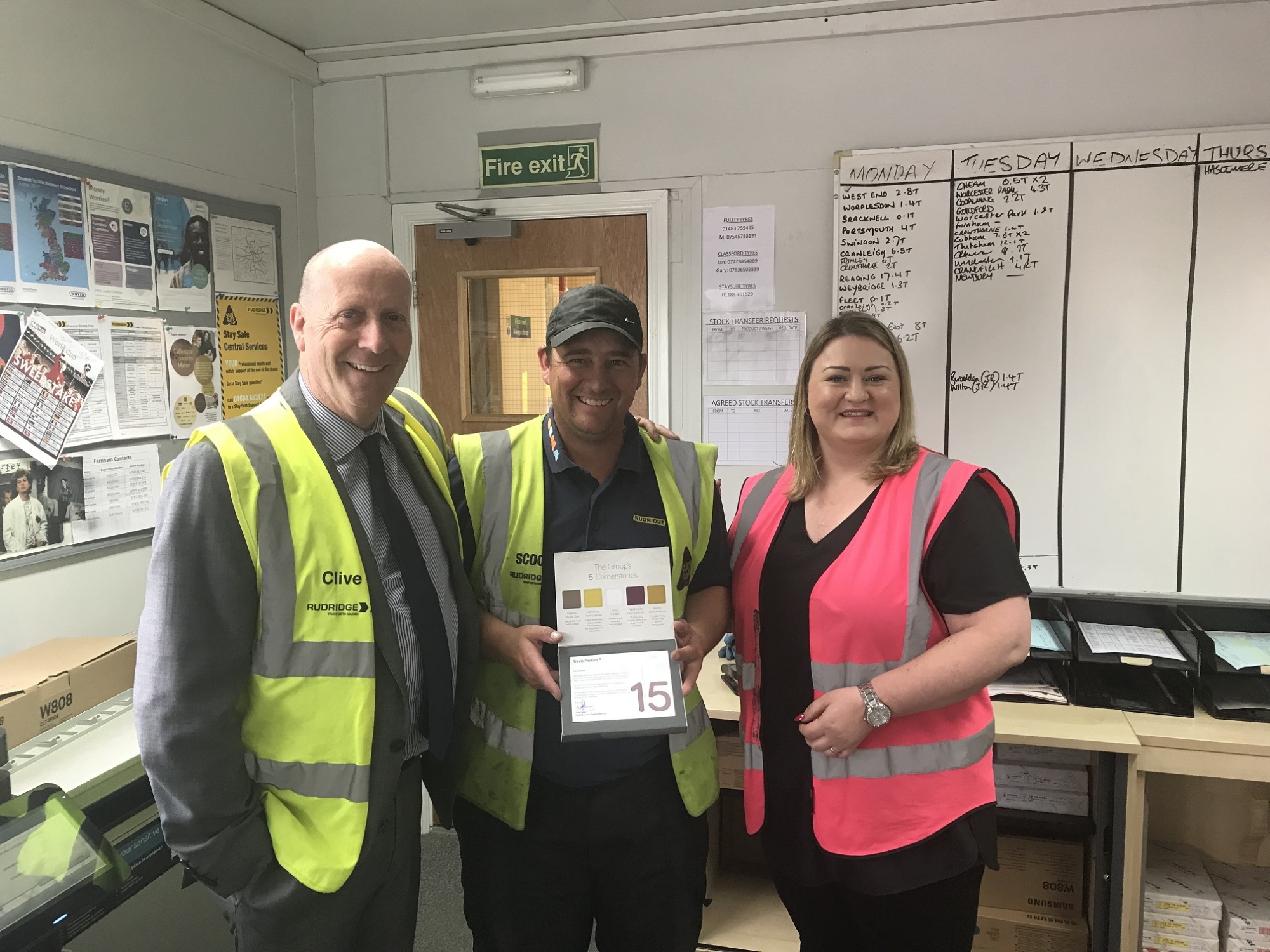 The Crown Commercial Service (CCS) has launched the Facilities Management Marketplace agreement - giving the public sector access to a wide range of suppliers for their FM requirements.

47 companies have been awarded places across 3 value banded lots. The winning bidders include 10 small and medium-sized enterprises.

John Kenny, CCS Deputy Director for Workplace said: "The launch of the FM Marketplace allows the public sector to buy a wide range of facilities management services from the very best suppliers the market has to offer, all at competitive and sustainable prices."

The deal, covering expenditure of up to £12 billion over the next four years, is expected to save public bodies up to 10% on the cost of procuring facilities management services such as cleaning, maintenance, security and catering.

Customers will be able to require suppliers to demonstrate social value, specifying what this means to their organisation and testing the proposals, as a key part of the awarding of contracts.

It is the first agreement to make use of the Crown Commercial Service’s new, simplified Public Sector Contract, which was designed to make it easier for businesses to apply for Government contracts.

Mark Fox, Chief Executive of the British Services Association said: "We are pleased to work closely with the Crown Commercial Service to deliver a framework that will attract existing suppliers and new entrants alike. It is a positive step forward."

A second ‘phase’ for Workplace Services (RM6089), which includes placement of agreements in Security, Housing Maintenance and Defence FM, is being developed.

Further phases are to be delivered complementing the CCS offering, including a cleaning Dynamic Purchasing System specifically designed to support the entry of specialist cleaning providers - typically SMEs - and phases for Linen & Laundry, Furniture and FM Integrators.

Apleona's UK arm has recently been winning contracts while the German arm has also been awarded two big deals.

Apleona Real Estate Management has been awarded a major management contract by Corpus Sireo Real Estate for a German office portfolio of eleven buildings with a total rental area of around 110,000sq.m. The portfolio comprises five properties in North Rhine-Westphalia, including the Global Gate office complexes in Düsseldorf and Cologne in addition to properties in Hanover, Mannheim, and the Rhine-Main area. The agreement has a term of five years. The companies have agreed not to disclose the contract’s value.

The service agreement now in place gives Apleona responsibility for technical and commercial property management services alongside smaller capex measures and leasehold improvements in the buildings. Furthermore, Apleona is taking on facility management services for the portfolio, which will be performed by Apleona HSG Facility Management.

From August 1, 2018, HSG will be responsible for the management of the corporate headquarters of the global mining company in Kassel. The contract for technical and infrastructure FM services for the corporate headquarters, consisting of five buildings with a gross floor area of more than 20,000sq.m, was awarded as the result of a nationwide invitation to tender. The companies have, again, agreed not to disclose the details of the contract.

HSG will be in charge of the maintenance and repair of the technical facilities in the buildings that make up the headquarters, in addition to managing events, space and in-house relocations. Moreover, Apleona will be advising the company on how to sustainably reduce the site’s energy and running costs as well as handling its warranty and claims management. The company will utilise the CAFM system provided by K+S to track and record the performance of its services.

ISS has secured an extension to its contract with Heathrow to provide soft services to Terminal 2 and Terminal 4 until December 2022. ISS has provided maintenance, cleaning, waste management, recycling and pest control services across both terminals since 2013 with a team that now stands at over 300.

In addition, ISS has now secured Terminal 3 with the same scope of works. 189 employees have transferred across from the former provider. The contract is for a 15 month period.

Alan Russell, Head of Facilities Management at Heathrow Airport, said: “We look forward to working with ISS to improve the customer and passenger journey."

Vertas Group Limited has completed the acquisition of Churchill Catering Limited in a deal which sees it become a national contract catering provider.

To date Vertas’ food proposition has primarily focused on the education sector, with 40,000 meals prepared daily for school children and college students across East Anglia.

The merger with Churchill Catering sees Vertas moving into the commercial and leisure market across 50 UK sites, including Forestry Commission sites such as Go Ape in Thetford, and the headquarters of Church’s footwear, Forestry Commission Scotland and Cambridgeshire, Bedfordshire and Hertfordshire Police.

Access and security solutions manufacturer Dormakaba has secured a new three year service contract with the University of Southampton, to provide its 5 Star service programme to access systems throughout the campus.

The University (one of the largest in the UK) was looking to combine all access solutions, new installations and service maintenance programmes with one company.

A University spokesperson said: "For a high traffic campus like the University of Southampton, it is crucial that systems and access solutions continue to work efficiently, safely and remain compliant with building regulations. If faulty, access solutions can affect the entire running of a building and its overall security. We wanted a bespoke, web-based integrated management system – certified to PAS99. This ensures peace of mind as the service contract delivers reduced breakdowns, extended operation life, low rate of repairs and increased security and safety."

Mick Garner, Estates and Facilities Manager at Southampton University said: “The majority of our access systems onsite are Dormakaba. They run a great service, always have the parts required and their engineers have good technical knowledge.”

Freedom of the City of London For Chef

A top Sodexo chef has been awarded the Freedom of the City of London. Food innovation director David Mulcahy received the historic honour for his contribution to culinary excellence in the hospitality industry.

Mulcahy is responsible for menu creation and the culinary development of some 2,500 chefs working across the UK and Ireland in workplaces, schools, universities, army barracks and providing hospitality at major events such as The Open, Henley Royal Regatta, RHS Chelsea Flower Show and Royal Ascot. In his voluntary role as vice-president of the Craft Guild of Chefs, David organises the National Chef of the Year competition, considered the most prestigious culinary accolade in the UK.

One of the oldest surviving traditional ceremonies still in existence today, the Freedom of the City of London was first presented in 1237. Mulcahy said: “I have long been motivated by supporting and developing others, particularly young chef talent of which there is so much across the UK and Ireland. I am very proud of our industry and the good that it does and very proud of this recognition.”

David Stokes, Purchasing and Facilities Manager at ELG said: "Drainage maintenance is a vital element of our environmental protection strategy, which we take very seriously. We wanted to work with a specialist service provider with national reach, so we have a joined-up approach to site drainage maintenance, with consistently high standards."

ELG has its UK headquarters in Sheffield, with further sites in Scotland, the North-West, the Midlands, the South-West, and the South -East.

The group also has operations across North America, Europe, Asia, Africa, and Oceania.

Two employees from the Farnham drainage and groundwork materials supplier Rudridge are celebrating 15 years and five years’ service at the company.

Stephen Wells, who has been Yard Operative since 2003, and his colleague Phil Mitchell, who has worked at Farnham as a Senior Sales Executive for the last five years, were both presented with a certificate by Regional Director Clive Summerfield.

Raising The Standard - Winners All Round

A new standard for facility management systems; new ops man at Norse; Churchill at Royal College of Surgeons - and the results of the Women’s PFA Awards...