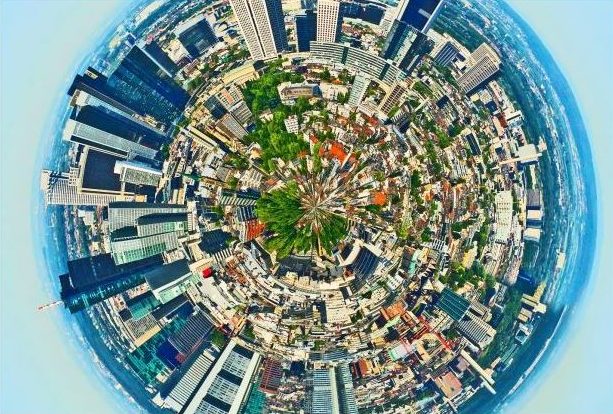 Tyco has reverted to being called Johnson Controls; Total Solutions Group has become a Living Wage Provider; The British Film Institute will use Carlisle for CCTV; Roxana Birca is the Barista of the Year; Sodexo has been sent to Coventry; and OCS to Alder Hey. Veolia has been awarded the first Carbon Energy Fund Ireland contract for a hospital in Ireland and the UK Green Building Council has launched a new Circular Economy programme for the built environment.

The tykes at Tyco have been having a bit of an old muck about with their company name. Following the merger between Tyco and Johnson Controls in September 2016,Tyco became the brand of choice - despite Johnson Controls having the far stronger brand in the FM market.

Now wouldn't you believe it, Tyco Integrated Fire and Security will now operate under the Johnson Controls name.

Johnson Controls is a globally diversified company with $32 billion in revenue, 120,000 employees and offices in more than 150 countries - so the name thingy does seem to make a bit of sense. Following the merger, it offers a vast portfolio of integrated products and services spanning building management systems, controls, fire, security, HVAC and energy storage.

Totally In Favour Of The Living Wage

Sharmin Akter, Total Solutions Group MD, said: “We believe that every member of our team should earn a fair wage that meets the cost of living. Family values are at the core of Total Solutions Group, so at this stage of our growth we felt that it was important to make the Living Wage commitment.”

Living Wage Foundation Director, Tess Lanning said: “The benefits the Living Wage brings to staff and business are clear. I welcome the leadership shown by Total Solutions Group on this important issue.”

The contract will see Carlisle deliver security services (patrolling, CCTV surveillance, reception, visitor assistance and staff support) deployed across BFI’s various sites within and on the outskirts of London, including their main BFI Southbank site and the BFI IMAX cinema at Waterloo. The team will receive full training, including a Disability Awareness Course delivered by Enhance the UK.

Roxana Birca has won the Gather & Gather Barista of the Year Competition. Eight regional finalists competed for the title at the Shard building in London on July 10.

Each finalist created a total of six beverages including two espressos, two milk based beverages such as a cappuccino or latte and two signature drinks, in under 10 minutes. These were evaluated by a judging panel who marked competitors on skill, appearance and taste as well as serving skills.

Sodexo has won a 10-year £6 million per annum contract with Coventry University to supply catering and hospitality services.

From September, Sodexo will take over all the catering, food retail and hospitality services on the university’s campuses in Coventry, London and Scarborough, delivering services to almost 30,000 students and 5,000 university employees.

Sodexo will invest in new facilities and digital services at the university’s 17 catering outlets. New food offers and brands will be introduced including a new coffee bar and new vegan street food offer, ‘Planted’, as well as a permanent food truck.

OCS has extended its contract to deliver manned guarding and emergency helipad response services at Alder Hey Children’s Hospital in Liverpool – a contract it is has held since 2011.

The new agreement was awarded to the business after a retender process.

Veolia, working through its specialist energy performance team, has been awarded the first Carbon Energy Fund Ireland contract for a hospital in Ireland.

Veolia will manage projects covering the design, delivery, installation, commissioning and operation of a wide range of energy upgrades.

A new campus-wide network will distribute the heating to all the buildings on the site and to ensure they conserve energy. 1500sq.m of new double glazed windows will be fitted, along with door replacements to reduce heat loss.

As good lighting has been shown to have a positive effect on patient outcomes the contract will upgrade 3000 lighting fittings with the latest technology and controls.

The programme will include a series of live experiments over two years, testing the application of circular principles on real estate assets and construction projects.

The work is being made possible thanks to the support of The Crown Estate, acting as a programme partner across the two years. In addition, the first year of the programme is being sponsored by UKGBC members Clarion Housing Group, ISG, HS2, Telford Homes and TFT.

UKGBC will be working in collaboration with supporting organisations working on the circular economy and the built environment including: BRE Trust, Circular Economy Club, Cradle to Cradle Products Innovation Institute, Ellen MacArthur Foundation, Forum for the Future, Green Construction Board, London Waste and Recycling Board, RIBA, RICS and the Supply Chain Sustainability School.

The programme will address two areas that are frequently cited as barriers to the practical implementation of Circular Economy principles. A task group will be set up to consider how organisations can specify reuse of materials and share resources between external projects while ensuring technical integrity, liability and legal issues are covered to reduce project risk. A second task group will look at what requirements clients and planners can set within their development briefs, planning requirements, procurement documents and contractual clauses to ensure circular principles are applied effectively to developments.