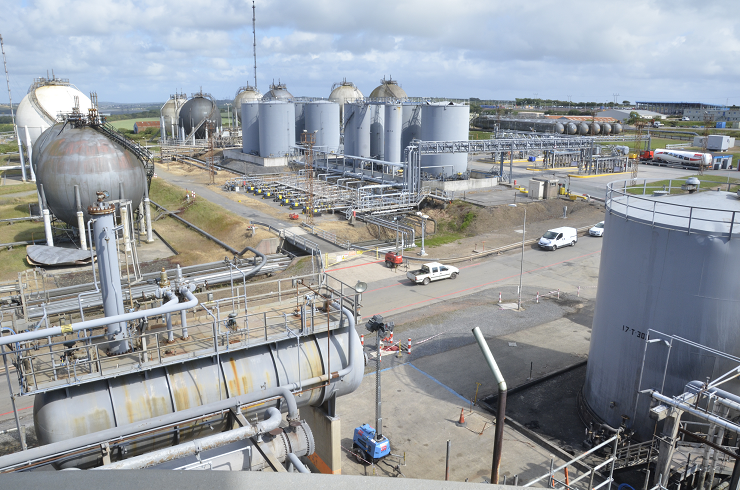 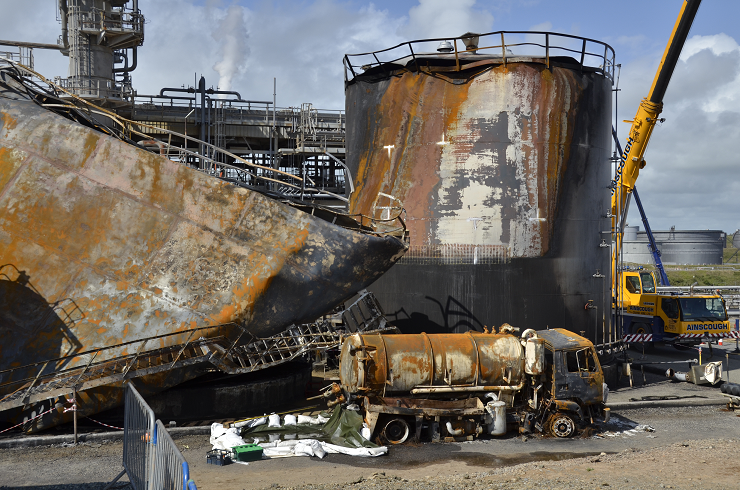 Valero Energy UK will have to pay at least £6 million after four people died in an oil explosion. B&A Contracts have also been fined after the incident at an oil refinery in Pembrokeshire in 2011.

Swansea Crown Court heard how on, 2 June 2011, the five workers were emptying a tank in the Amine Recovery Unit using a vacuum tanker when the explosion and subsequent fire took place shortly after 6:00pm. B&A Contracts Ltd, which was a long-term contractor at the refinery, was carrying out the work, with support from another contractor, Hertel.

The explosion resulted in a fireball which severed the 5-tonne tank roof which in turn was projected 55 metres to impact against a butane storage sphere. The roof narrowly missed a pipe track where a range of flammable materials were carried.

An investigation by the Health and Safety Executive found the explosion was most likely to have been initiated by the ignition of a highly flammable atmosphere within the tank, during what should have been a routine emptying operation in preparation for further cleaning and maintenance.

The investigation also found there had been longstanding failures within the refinery safety management systems and as a result the risks posed by flammable atmospheres within the Amine Recovery Unit were not understood or controlled.

At the time of the incident the refinery was operated by Chevron Limited, but ownership changed in August 2011 when the sale to Valero was completed.

Valero Energy UK pleaded guilty to breaching the Health and Safety at Work etc Act 1974. The company was fined £5 million and ordered to pay costs of £1 million.

B&A Contracts also pleaded guilty to breaching the Health and Safety at Work Act and been fined £120,000 and ordered to pay costs of £40,000.

Speaking after the hearing, HSE inspector Andrew Knowles said: “This incident, which had devastating consequences for all of those involved, was entirely preventable. Many opportunities to take action to control risk were missed, that would have prevented the incident from occurring. It is important to realise that the incident could have had even more serious consequences had the butane sphere or pipe track been damaged by the flying tank roof.

Police Detective Superintendent Anthony Griffiths said: “Officers from Dyfed-Powys Police worked closely with the Health and Safety Executive to support them in the very complex investigation to establish the cause of this tragic incident. We hope that the lessons learned ensure that a tragedy of this nature doesn’t happen again. Our thoughts remain with all the families involved.”

An electricity and gas utility company has today been fined after a worker was killed in East Claydon.

Aylesbury Crown Court heard how, on 18 November 2016, Paul Marsden, a sub-station crafts person for National Grid Electricity Transmission was to move a delivery crate containing a compressor with the help of a colleague. Mr Marsden was using a remote-controlled lorry loader crane but as they attempted to attach the slings to the hook, the crane struck Mr Marsden resulting in fatal injuries.

An investigation by the HSE found National Grid Electricity Transmission PLC failed to ensure the lift was properly planned, effectively supervised and carried out safely. The company also failed to ensure Mr Marsden had received adequate training in the new lorry loader crane, in particular the additional risks due to the remote-control unit.

National Grid Electricity Transmission pleaded guilty to breaching the Health and Safety at Work Act 1and the Lifting Operations and Lifting Equipment Regulations.

HSE inspector Stephen Faulkner, speaking after the sentencing said: “This tragic incident could have been avoided if the company had properly planned the movement of the crate involved. Employers must recognise operating remote-controlled plants carry their own risks and should be managed appropriately, including through providing adequate training for employees.”

Picture: Two images from the Pembrokeshire oil refinery site where four people were killed and one seriously injured as the result of an explosion.