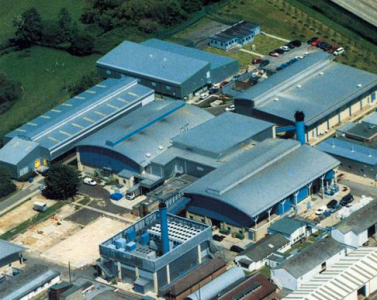 Emergency generators failed and one caught fire when they were called in to use. Interserve has been fined after multiple safety failings could have caused a serious bio hazard at a laboratory where the company was responsible for M&E maintenance.

The site where the breaches occurred is the Animal Health and Veterinary Laboratories Agency in Weybridge.

Hove Crown Court heard how, on Sunday 21 September 2014, mains power was lost at the site which includes high containment laboratory facilities required to safely handle high hazard pathogens that are a serious risk to human health and the environment.

Interserve Facilities Management was contracted to the site and was responsible for delivery of maintenance activities for many of the mechanical and electrical systems required for containment and control of high hazard biological agents in microbiological containment laboratories.

The court heard that when mains power was lost, of the twelve generators in place to supply emergency power to the site, two failed to operate and two started but subsequently failed in operation, one of which also caught fire.

The emergency escalation system was triggered and the Fire and Rescue Service attended the site. Power was fully restored later that day.

As a result of the emergency generator failures, the court was told all power was lost to a number of high containment facilities for several hours, affecting the site’s safety systems.

An investigation by the Health and Safety Executive found a number of failings of the contractor in relation to the maintenance activities undertaken on standby generators that could have resulted in employees being exposed to a risk of harm from biological agents.

"Fortunately, the consequences of the multiple generator failures were significantly reduced by the timing of the incident, both in terms of the day of the week and the laboratory studies being undertaken at that time.

"Had the incident happened on a different day or when different studies were being undertaken, staff and the nearby environment could have been exposed to high hazard biological agents with serious consequences.”

Picture: An aerial view of the Veterinary Laboratories Agency site in Weybridge.