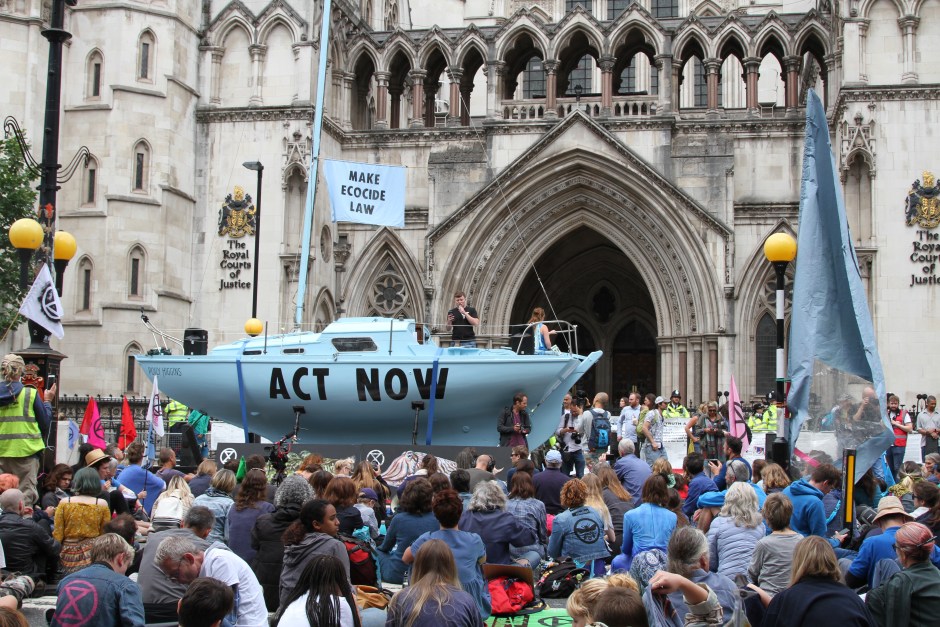 Extinction Rebellion have won the legal challenge to a ban on their protests - meaning the organisation can again bring disruption to streets and offices with virtual impunity. Some of those arrested can now seek compensation.

November 6 saw the High Court today rule that the Metropolitan Police’s blanket ban on protests during October was unlawful, in a landmark judgment that reasserts the fundamental right to peaceful protest.

The ruling follows a judicial review – brought on behalf of Extinction Rebellion by Baroness Jenny Jones, Caroline Lucas, Clive Lewis, David Drew, Ellie Chowns MEP, Adam Allnut and George Monbiot – into the legality of the Met’s attempt to shut down all Extinction Rebellion protests during most of the second week of the 'Autumn Rebellion'.

The ban, implemented under Section 14 of the Public Order Act and covering the whole of London, came into effect at 9:00pm on Monday October 14 and lasted until 6:00pm on Friday October 18. The ruling means not only can further Extinction Rebellion protests not be stopped in the same way, nor can those of other activist groups. However, the ruling was made on a technicality.

In their judgment, the Court agreed with Extinction Rebellion’s lawyers that: 'the language of Section 14(1) itself makes clear that there is no power to prohibit rather than merely impose conditions on gatherings that have not yet begun'.

Over 400 Extinction Rebellion activists were arrested during the four-day ban, the vast majority under Section 14 of the Public Order Act. Those not charged with other offences may now be entitled to compensation.

Picture: Extinction Rebels outside the High Court in London.