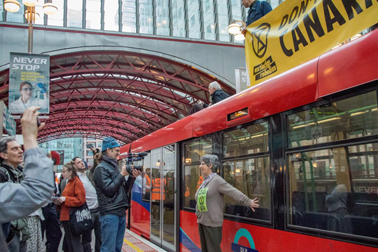 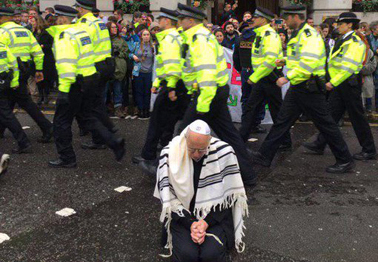 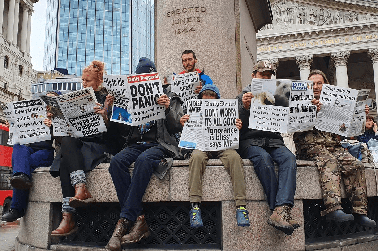 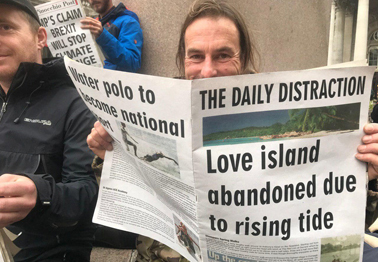 The arrest rate of Extinction Rebellion protestors continues to rise despite a London-wide ban on their activities. The Rebels and associated groups plan to close down London Underground on Thursday October 17.

A statement from Extinction Rebellion (XR) issued on Monday October 15 reads: 'As with a labour strike, economic disruption is key in forcing the Government to come to the table and negotiate. Within the movement, there are affinity groups that are prepared to escalate their actions by targeting major infrastructure (e.g. Government buildings, airports and public transport). The disruption caused by targeting such infrastructure will rapidly increase. The planned action also has the important effect of alerting the public to the crisis by disrupting their daily lives.

'The MET Police, British Transport Police and RMT have been told about this action as part of a plan to make sure the actions are carried out peacefully and safely. The actions have been designed to be as safe as possible for both participants, passengers and workers. Participants will peacefully break the law in order to stop the Tube and then will wait to be arrested.

'We apologise that these actions will disrupt your working day and that further notice was not given for the disruption'.

The statement continues ironically: 'You and your work are not the target of this action' with a request that workers do not intervene in the protests 'to ensure that they go as smoothly and safely as possible for all involved'.

8:00am Wednesday October 16 and the Metropolitan Police Force announced that although the Extinction Rebellion protest in London had been banned since Monday night at 9:00pm, the arrest rate continued to rise as the Rebels refused to go home.

On Wednesday morning there had been a total of 1,642 arrests made. At 5:00pm on Monday evening that figure was 1,445 (which rose to 1,457 by Tuesday morning). Many of the additional 185 arrests came later on Tuesday as the protestors ignored the London-wide ban - with some of the organisation's leaders (including co-founder, Gail Bradbrook) arrested as they blockaded the Department for Transport and MI5.

Extinction Rebellion are looking to a judicial review to overturn the ban - with a view to running the two week 'Autumn Rebellion' all the way through to Sunday October 20.

By Monday October 14 (a week after the protests commenced in cities all over the world) as few as 76 UK protestors had actually been charged (with offences ranging from ignoring the ban, ignoring an order only to demonstrate at Trafalgar Square - and criminal damage). XR had asked any of its followers to refuse bail in order to clog-up available police cells so the police could not afford to make any more arrests. The police in turn have released hundreds back on to the streets 'under investigation'.

On Monday October 15, the Metropolitan Police Service warned demonstrators linked to the Extinction Rebellion 'Autumn Uprising' they face arrest if they continue to assemble to protest in central London after a condition was imposed under Section 14 of the Public Order Act 1986 ordering them to cease their protests within London by 21:00hrs.

Deputy Assistant Commissioner Laurence Taylor said at the time: “We have made good progress clearing Trafalgar Square and other sites to enable the capital to return to normal following more than a week of protests. However, due to continued breaches of the section 14 condition previously implemented and ongoing serious disruption this further condition was imposed.

"After nine days of disruption we felt it is entirely proportionate and reasonable to impose this condition because of the cumulative impact of these protests.

"A significant policing operation continues and we will take robust action against anyone engaged in unlawful protests at locations targeted by Extinction Rebellion."

Rabbi Jeffrey Newman was arrested for a sit-down protest at Bank in the City of London. He said: “It’s impossible, at least for me, to read the Bible of Prophets without recognising how much we’re rooted in the Earth, in social justice, in an awareness of the world around us. Attempting to give all that we have on its behalf seems to me the highest calling towards God."

Rabbi Newman continued: “The highest principle is the saving of life, pikuach nefesh, there isn’t anything more that we’re doing here in Extinction Rebellion than being aware that millions or hundreds of millions of people, already are at threat because of the changing climate. We have to work alongside those who are absolutely dedicated to trying to save life.”

Rebels eat paper money outside BlackRock headquarters 'XR is targeting BlackRock because it’s the world’s biggest backer investor in fossil fuels, including coal and in the companies driving deforestation around the world'.

XR showed their resources by beaming the Greta Thunberg UN speech onto the Houses of Parliament.

Stuck at the Walkie Talkie Building, City of London

Trafalgar Square before it was abandoned by XR after a Met Police Banning Order.

XR show a sense of humour.