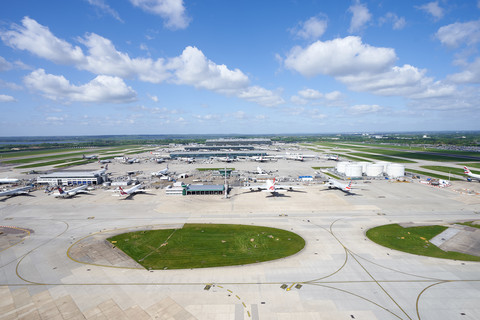 Plans to build the first full-length runway in the South-East since the second world war have hit the buffers once again.

It is nearly 18 years since a third runway at Heathrow were first muted. In that same time, China has built hundreds of airports to secure its economy.

This time around, it is the High Court that has scuppered the only plan for airport expansion put forward by the government. However, this set-back may see the party in power revert to an anti-third runway position.

Many in the property industry feel that national airport capacity expansion is vital for the UK but particularly in the vicinity of the major real estate and financial hubs of London.

The appeal to the High Court was placed by various environmental groups.

“The Court of Appeal dismissed all appeals against the government - including on noise and air quality - apart from one which is eminently fixable."

Although the expansion at Heathrow received government backing, the scheme was to be entirely funded by private sector money. Heathrow Airports Holdings is a private company.

The spokesperson continued: "We will appeal to the Supreme Court on this one issue and are confident that we will be successful. In the meantime, we are ready to work with the government to fix the issue that the court has raised."

The spokesperson added: "Heathrow has taken a lead in getting the UK aviation sector to commit to a plan to get to Net Zero emissions by 2050, in line with the Paris Accord. Expanding Heathrow, Britain’s biggest port and only hub, is essential to achieving the Prime Minister’s vision of Global Britain.

"We will get it done the right way, without jeopardising the planet’s future. Let’s get Heathrow done.”

Judicial reviews are a common feature of major infrastructure projects. The High Court appeal decision does not explicitly prevent Heathrow expansion from moving ahead. However, it becomes complicated as it is based on a legal commitment by the government to hit carbon reduction targets. It was deemed that virtually no other building in the UK could take place while Heathrow was expanded in order for those commitments to be complied with.

However, the appeal judgment clearly states that this ruling does not mean Heathrow expansion should not be delivered or that the Airports National Policy Statement is not compatible with the UK’s commitment to reducing carbon emissions.

The judges now require the government to undertake more work to ensure a third runway would definitely be compatible with a strategy to mitigate climate change under the Paris Agreement.

The Heathrow spokesperson said: "The UK aviation industry has produced a comprehensive and detailed plan which sets out the road to Carbon Net Zero by 2050 and Heathrow published its own pathway to Net Zero in the week the appeal went forward. This is a challenge that needs to be addressed for any UK airport to expand."

According to Extinction rebellion, Heathrow Airport holdings may not have such a comfortable ride. Indeed, the organisation says the High Court ruling may have wider implications for all building projects undertaken in countries that have signed the Paris Agreement.

Extinction Rebellion said that 'the UK government’s decision to accept the ruling is exactly the kind of leadership the UK needs to be taking ahead of hosting COP26 this November. The ruling sets a precedent that the Paris Agreement must be the yardstick against which we measure all major infrastructure projects. All 195 governments who have ratified the Paris Agreement could now see legal cases brought against projects which are incompatible with a 1.5˚C future'.

A spokesperson for the combined groups, said: "The proposed expansion to London’s biggest airport was broadly unpopular across the political spectrum, with Boris Johnson famously saying that he would join John McDonnell and lie down in front of the bulldozers to stop the construction of a third runway. The decision (of the court of appeal) will have far-reaching consequences and the impact will be felt by future generations. This is a signal of change for all of us who felt powerless in the face of the climate and ecological emergency."

Tim Crosland, Director of Plan B. Earth, the volunteer-based climate litigation charity, which brought one of the successful claims, said: “It would have been hard to imagine this outcome even a couple of years ago, yet as the scale and impacts of the ecological crisis become clearer, with people dying and being displaced in the UK and around the world, it’s vital we reject the politics of division and unite amidst adversity.

“This is an important moment for all of us. Some sanity is finally prevailing. It’s now clear that our governments can’t keep claiming commitment to the Paris Agreement, while simultaneously taking actions that blatantly contradict it. We welcome the ruling of the Court and we welcome the Government’s acceptance of it. The Government has a crucial responsibility to show real climate leadership ahead of COP26 and this is an important start."

Clare Farrell, a co-founder of Extinction Rebellion who was one of those who went on a two-week hunger strike in protest against the proposed third runway in 2018, said: “The claimants have won a once in a species opportunity for the law to support our only chance for international cooperation, the Paris Agreement. This ruling is a crack in the edifice letting the light in. This brings possibility."

Picture: Heathrow's expansion has been thwarted for the time being.