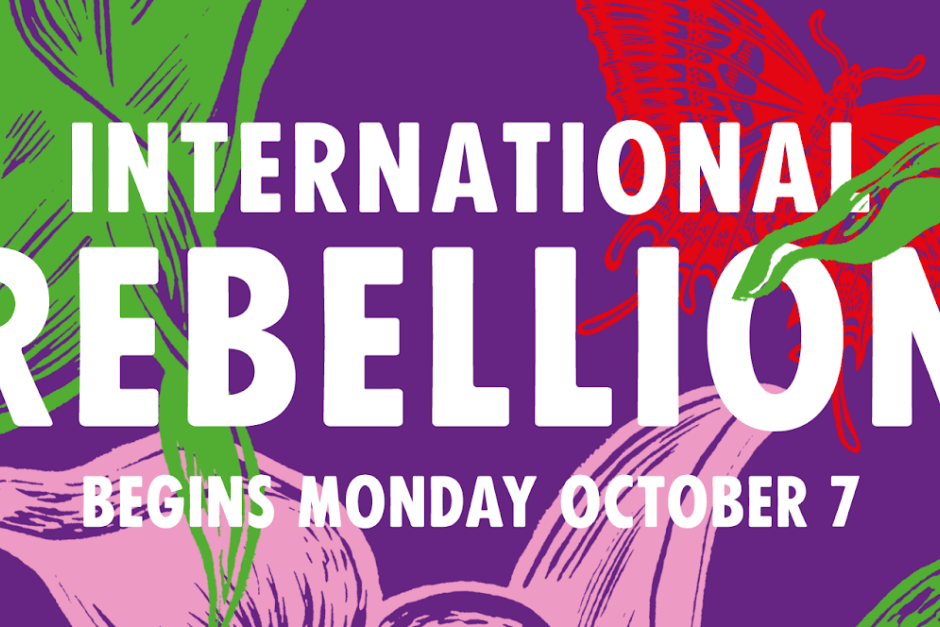 October 7 will see the start of two weeks' worth of disruption to those trying to get to work as Extinction Rebellion goes on the global warpath. And if you are in any doubt about how big the disruption could be, just take a look at our collection of pictures from recent global protests.

The recent Youth 4 Climate marches saw 7.6 million people - mostly children and parents - mobilise in 185 countries marching and striking to call for action on climate change. There has been a swing in attitudes - now these types of demos aren't just for the hippy classes, doctors, lawyers, all manner of professionals young and old have joined in. It is almost fashionable to take to the streets and attempt to camp on bridges.

A sight to be treasured

Thursday October 3 saw Extinction Rebellion turn up outside the Treasury in London in an old (diesel) fire engine and attempt to spray fake blood (made from wash-offable food dye) over the building. The four people involved lost control of the hose and sprayed most of the liquid onto the street. They were protesting at the Treasury funding fossil fuel exploration.

The past fortnight has seen a procession of Extinction Rebels past through magistrates and higher courts on charges ranging from ignoring protest control zones to criminal damage. Many of these cases stemmed from the major disruption to London caused by Extinction Rebellion in April. But there has been a continued and escalating round of disruption and damage caused ever since.

Property owners should be aware that damage could be inflicted at any time during the next two weeks.

The Met have said they are aware of a number of planned demonstrations and protests by Extinction Rebellion commencing Monday, October 7 for up to two weeks and have been preparing for several weeks.

A statement says: 'The policing operation will be proportionate to balance the right to a peaceful protest, while ensuring disruption to communities is kept to a minimum. Officers from across the Met will be deployed to support the public order operation, balanced against policing the rest of London'.

A Global Climate Strike began three days before the UN Climate Action Summit in New York. The summit saw 77 countries commit to carbon zero by 2050. But Extinction Rebellion claim the commitments made are flimsy, naïve and inadequate. "Once again, world leaders have shown their inability to take the survival of this species seriously, that's why we have to go again on October 7," said an Extinction Rebellion spokesperson. "With the Arctic sea ice now close to vanishing, financing of fossil fuels only increasing, and the broader ecological picture as grave as ever, it’s clear that we need to reach a new level of action before it’s too late."

Pictures from the Global Climate Strike

In the wake of the international Youth Strike for Climate, a special Marche pour le Climat 150,000 climate protesters strong took to the streets in France. The Parisian march ended with protesters occupying a central bridge for over two hours. 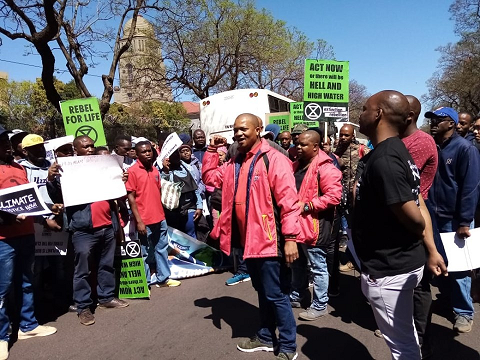 Meanwhile in South Africa, Extinction Rebellion Gauteng made waves with their participation in the climate week of action. What made this incident particularly noteworthy was that rebels joined forces with SAFTU (South African Federation of Trade Unions) to coordinate an action outside the Department of Energy. Leading the picket was Deputy General Secretary at SAFTU, Moleko Phakedi.

Thousands of climate strikers marched down a major road of Tel Aviv, blocking Israel’s financial centre with a die-in on the tarmac, and finally staging the country’s biggest ever action in a nearby public square – a second die-in involving 3,000 protestors. 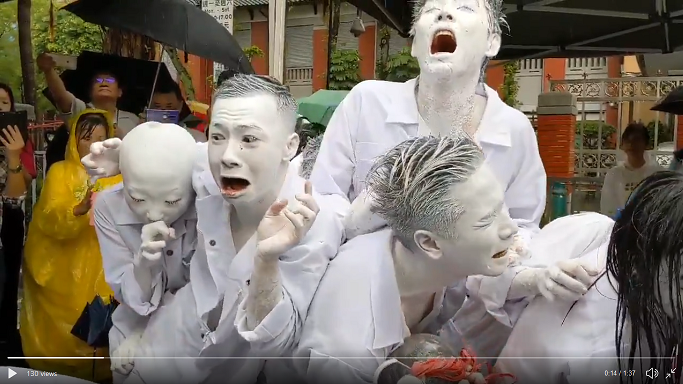 Rebels in Taipei, Taiwan fought the rain and participated in a climate march from the Legislative Yuan, around the city and back where they handed petitions to the government officials. The group of performers were dressed in white and covered with white paint, representing the future victims of the climate crisis.

Portuguese rebels blocked one of Lisbon’s main avenues. The action was led by XR Portugal and incorporated the Greve Climática Estudantil (students’ strike for climate) who also played a key role in helping to organise the action. Three unions supported the strike, one in social services and two teaching ones including what is arguably Portugal’s most powerful union. 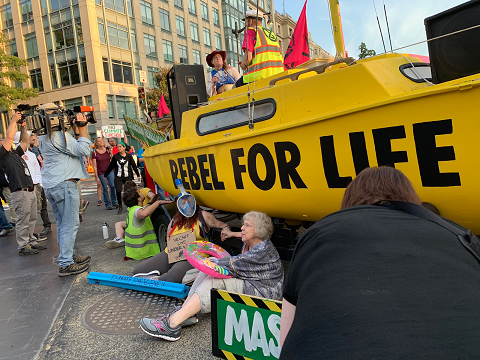 Hundreds of climate strikers marched through the American capital, shutting down a major road during rush hour, waving XR banners.

This month saw the foundation of Extinction Rebellion’s first chapter in an Arabic-speaking country. It has already staged two demos. 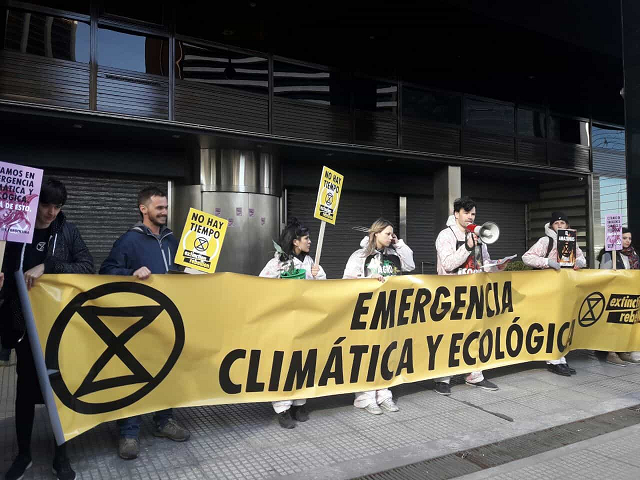 Columbia - Rebels brought some brightness to a rainy day in Bogota

Gambia - Drawing attention to the fires sweeping across Africa

XR Amsterdam have proposed the ice bucket challenge of climate activism - hold your breath for 1.5 minutes on camera to show support for limiting global warming to