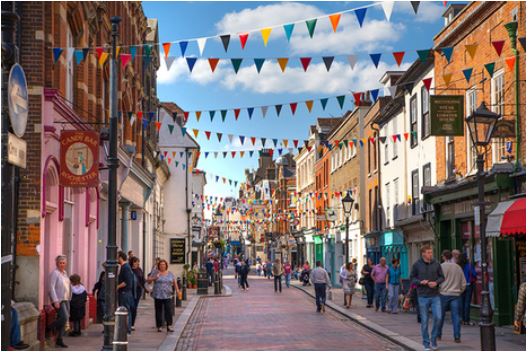 Councils across England will receive a share of £9.75 million to back their efforts to spruce up high streets - and every local authority in England is guaranteed money to spend on cleaning equipment and training.

This comes ahead of ‘National High Street Perfect Day’ later this year, a community-led clean-up to improve high streets outlooks.

From Ashford to Wakefield, councils in partnership with existing community groups will be able to use this one-off funding to support volunteers. They will be able to buy tools such as litter pickers, gloves and brushes and provide training for residents on how to remove graffiti or tackle fly-tipping, as well as organise events to encourage more families to get involved.

Communities Secretary James Brokenshire MP confirmed the move recently. He said: "High streets are at the centre of our communities and as places that are well loved, they sometimes need a bit of a spruce up to look their very best. That’s why we will be providing councils with £9.75 million to work with community groups who need that extra money to give their local high street a spring clean, making sure their town centres are really spick and span."

National High Street Perfect Day was first suggested in Sir John Timpson’s High Street Report, compiled by retail industry experts, which called for a community-led approach towards supporting high streets, including one day in the year when every town centre looks the best it possibly can.

The Government is also taking action to tackle litter, including doubling the maximum on-the-spot penalty for littering and new powers for councils to crack down on littering from vehicles. The Government has also launched a ‘Keep it, Bin it’ anti-litter campaign in partnership with environmental charity Keep Britain Tidy. It is said to be supported by some of the biggest names in retail, travel and entertainment and aims to make littering culturally unacceptable within a generation.