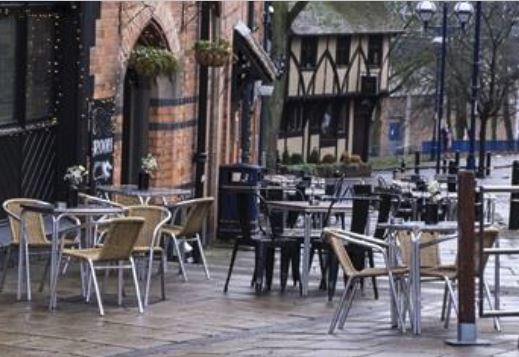 Local Authorities have spent £3.8 billion on commercial property assets in the last five years according to Carter Jonas, the national property consultancy, and Revo, the national membership organisation for retail property and placemaking.

Spelthorne Borough Council in Surrey, which contains the towns of Ashford, Shepperton, Staines and Sunbury, was the biggest local authority investor committing £477.1m to assets within its domain. This is more than double its nearest rival Warrington Borough Council (£219.5m) and is largely down to the purchase of BP’s International Centre for Business & Technology in Sunbury for £360m.

Of the £3.8bn invested in commercial property assets, nearly half was spent on the acquisition of office space. Retail accounted for nearly £1.2bn of spend with shopping centres (£600m) and retail warehouses (£400m) the most popular assets. The remaining investment was split between industrial (£500m), mixed-use (£100m) and leisure (£80m) with a small amount diverted to other alternatives.

The findings are part of a new research report, which surveyed members of the public and private sector including local authorities, investors, developers and other key stakeholders to identify the challenges and issues facing the UK’s town centres. This is the first phase of a comprehensive study that will be released in Autumn 2018.

Competition from online shopping was identified by 28.4% of respondents as the biggest challenge for the UK’s high street over the next five years. Business rates (13.6%) and reduced demand for space from retailers (13.6%) were also singled out.

53.1% of respondents highlighted improvements to and investment in the public realm as the most important initiatives to deliver town centre regeneration. Nearly half of respondents agreed that strengthening local and national town centre first policies and reducing business rates were also critical.

Dr Steve Norris, Head of Regeneration, Retail and Town Centre Consultancy, Carter Jonas, said: “The scale of local authority investment in commercial property assets can in part be attributed to the availability of affordable credit but is fundamentally born out of a deep desire to protect and improve the UK’s struggling town centres. However, the acquisition of these assets is only the first step and they need to form part of a broader masterplan or regeneration vision to ensure the investment potential is fully realised and deliver long term social benefits.

“The challenges facing the UK’s town centres and high streets are well documented. We have embarked on this comprehensive study with Revo to identify a series of workable solutions that can be put into practice to halt the decline. Our research reveals that over 66% of respondents still see joint ventures partnerships as the preferred funding models for regeneration projects, so we hope to ignite fresh dialogue between the public and private sector to unlock new opportunities.”

Ed Cooke, Chief Executive at Revo, said: “Owning commercial property not only generates long-term income for the local authority, it enables them to play a more active role in reshaping their urban environment to ensure they remain the heart of communities.

“Since 2012 we have been involved in the Government’s Future High Street Forum, which has identified fragmented ownership and a lack of co-ordination amongst stakeholders as a major obstacle to reinvention.

"The future success of the UK’s urban environments relies on better collaboration between the public and private sectors.”

Over the last 18 months, Carter Jonas has invested over £100m on behalf of Local Authorities in commercial property and developed strategies to help them achieve their long-term goals for income return or regeneration.

Picture: Local Authorities have spent big on commercial property assets such as offices and on the High St to try to revive town centre fortunes.

Councils across England will receive a share of £9.75 million to back their efforts to spruce up high streets - and every local authority in England is guaranteed...