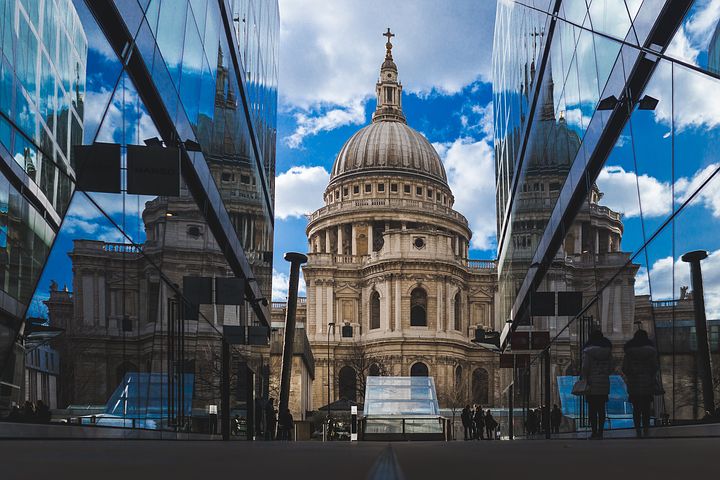 Last week (ending Nov 8) saw the official terrorism threat level in the UK lowered to 'Substantial' - meaning an attack is likely. Within days, a woman who planned to bomb St Paul's, appeared in court.

The decision to lower the assessment from 'Severe' - meaning an attack is highly likely - was made by the Joint Terrorism Analysis Centre (JTAC). This is an independent body of experts who evaluate available intelligence alongside terrorist capability and intentions.

The assessment remains at Severe in warning for anyone travelling outside of the UK.

Head of Counter Terrorism Policing, Assistant Commissioner Neil Basu, said: "The festive period is fast approaching and coupled with an election, our towns and cities will be extremely busy. So we appeal to everyone to please remain vigilant and if you see something that doesn’t seem right, act and contact police at gov.uk/ACT."

A plea trial and preparation hearing date was set last week for a 36-year old woman charged with terrorism offences following an investigation by the Met's Counter Terrorism Command.

Safiyya Amira Shaikh (36) of Hayes, Middlesex was charged in October (and appeared at the Old Bailey) with the preparation of terrorist acts and with the intention of committing acts of terrorism. Last week, at Magistrates' Court, she was remanded in custody to appear at the Old Bailey again on 21 February 2020.

The Met had discovered that Shaikh made contact with a person she believed to be able to assist in preparing explosives and researched how to make a bomb. She then travelled to London and stayed at a hotel to conduct reconnaissance including using the hotel as a target for a bomb. Shaikh also scoped St Paul’s Cathedral, making notes on where best place to plant a second bomb.

Shaikh also met and supplied a person with two bags with the intention and belief that explosive devices would be fitted into the bags. It was at this point she was arrested. (The person she met with is under investigation.)

Earlier, Shaikh had prepared the words of a pledge of allegiance to Daesh/Islamic State. She has also been charged with the dissemination terrorist publications.

Shaikh appeared at Westminster where she was remanded in custody to appear at the Old Bailey today.

A man charged with a terrorism offence in connection with speech made in August 2016 has appeared at court.

On Thursday, 10 October, Altaf Hussain (63), of Abbey View, Mill Hill, NW7, was charged under section 1(2) of the Terrorism Act (TACT) 2006 with encouraging terrorism, namely on 22 August 2016 published a speech to crowds gathered in Karachi, Pakistan which were likely to be understood by some or all of the members of the public to whom they were published as a direct or indirect encouragement to them to the commission, preparation or instigation of acts of terrorism and at the time he published them, intended them to be so encouraged, or was reckless as to whether they would be so encouraged.

Hussain appeared that day at Westminster Magistrates' Court and was bailed to appear at the Old Bailey two weeks ago.

He has been further bailed to appear at the Old Bailey for a plea and trial preparation hearing on 20 March 2020. A trial has provisionally been set to start on 1 June 2020.