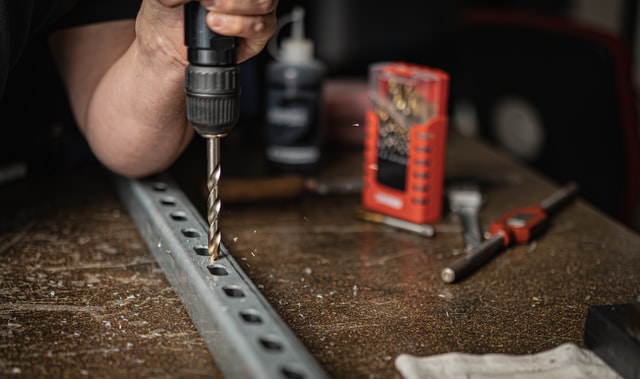 Metropolitan Police figures show the number of tool thefts in each London borough and the total cost of tool theft in the capital for 2019 and 2020.

With engineers, construction workers, and all manner of people who work in the built environment needing specialist tools and equipment for their daily work, tool theft is an ongoing issue, and it didn’t slow down during lockdown.

Herts Tool Company, a business that offers tool hire to construction businesses and tradespeople through London and the surrounding counties, has studied the data to discover which areas in London suffer the most from tool theft in 2019 and 2020.

When figures are broken down to the daily cost of tool theft, an average of almost £57,000 worth of tools was stolen each day in 2020.

What Tools Were Stolen in London?

Powered hand tools are the most commonly stolen tool within this data set, with 32,067 thefts of powered-hand tools versus 2,993 thefts of non-powered counterparts between January 2019 and April 2021.

Garden tools are next on the list with 1,942 thefts, followed by building materials (585) and ladders/steps/trestles (538).

Building materials are retrieved most often: 4 per cent of the time. But even this figure is a small fraction of the materials stolen, underlining how difficult it can be to recover stolen tools. 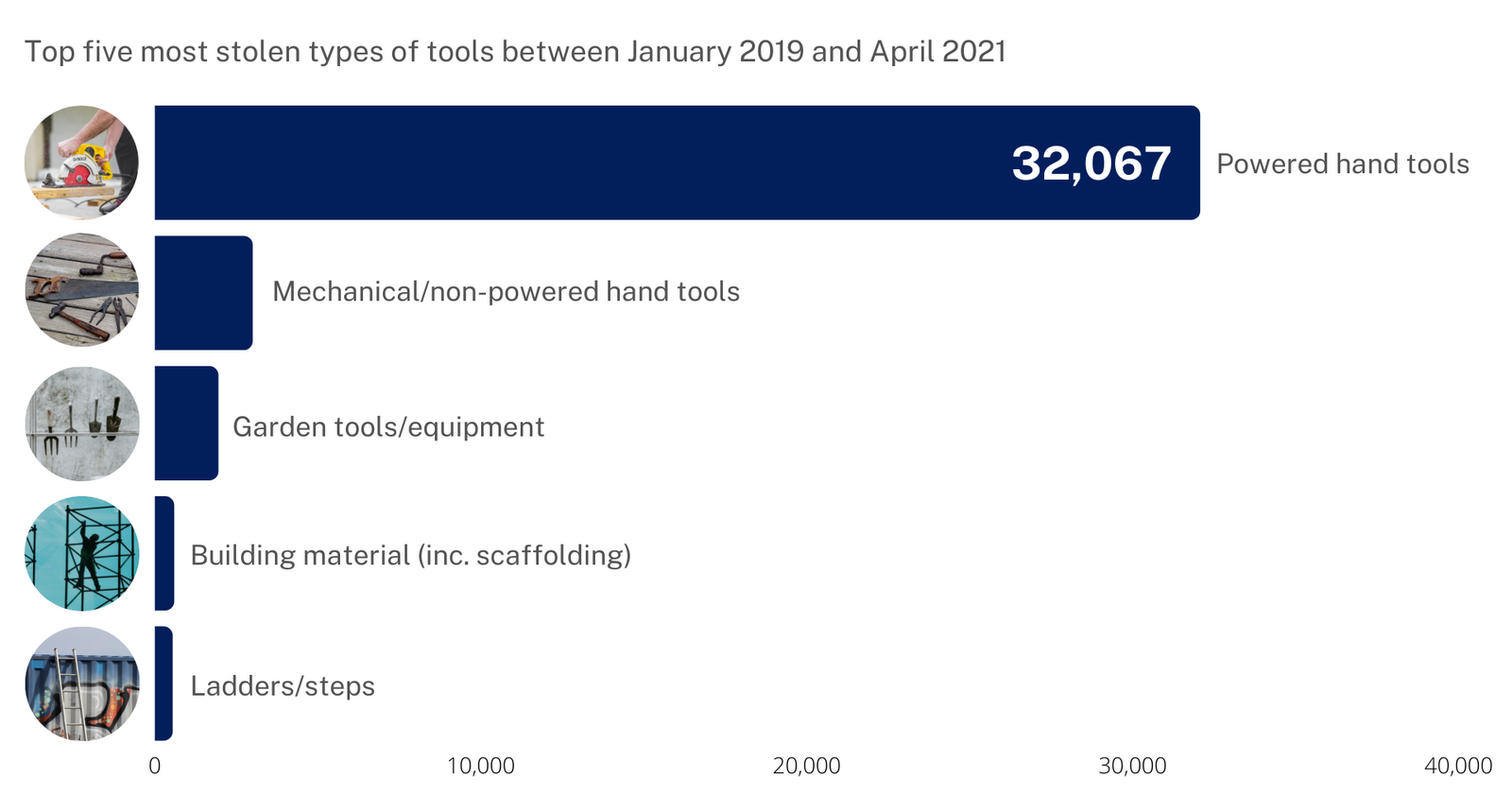 Picture: a graphic showing the tool theft data in London by type of tool. The data shows that powered hand tools are the most commonly stolen tool within this data set, with 32,067 thefts of powered-hand tools versus 2,993 thefts of non-powered counterparts between January 2019 and April 2021. Image Credit: Herts Tools

Where are the Tool Theft Hotspots in London?

At the other end of the scale, the five boroughs with the lowest numbers of thefts reported were all in the same pocket of south/south-west London: Merton (475), Richmond upon Thames (439), Hammersmith and Fulham (371), Kensington and Chelsea (371) and Kingston upon Thames (327). 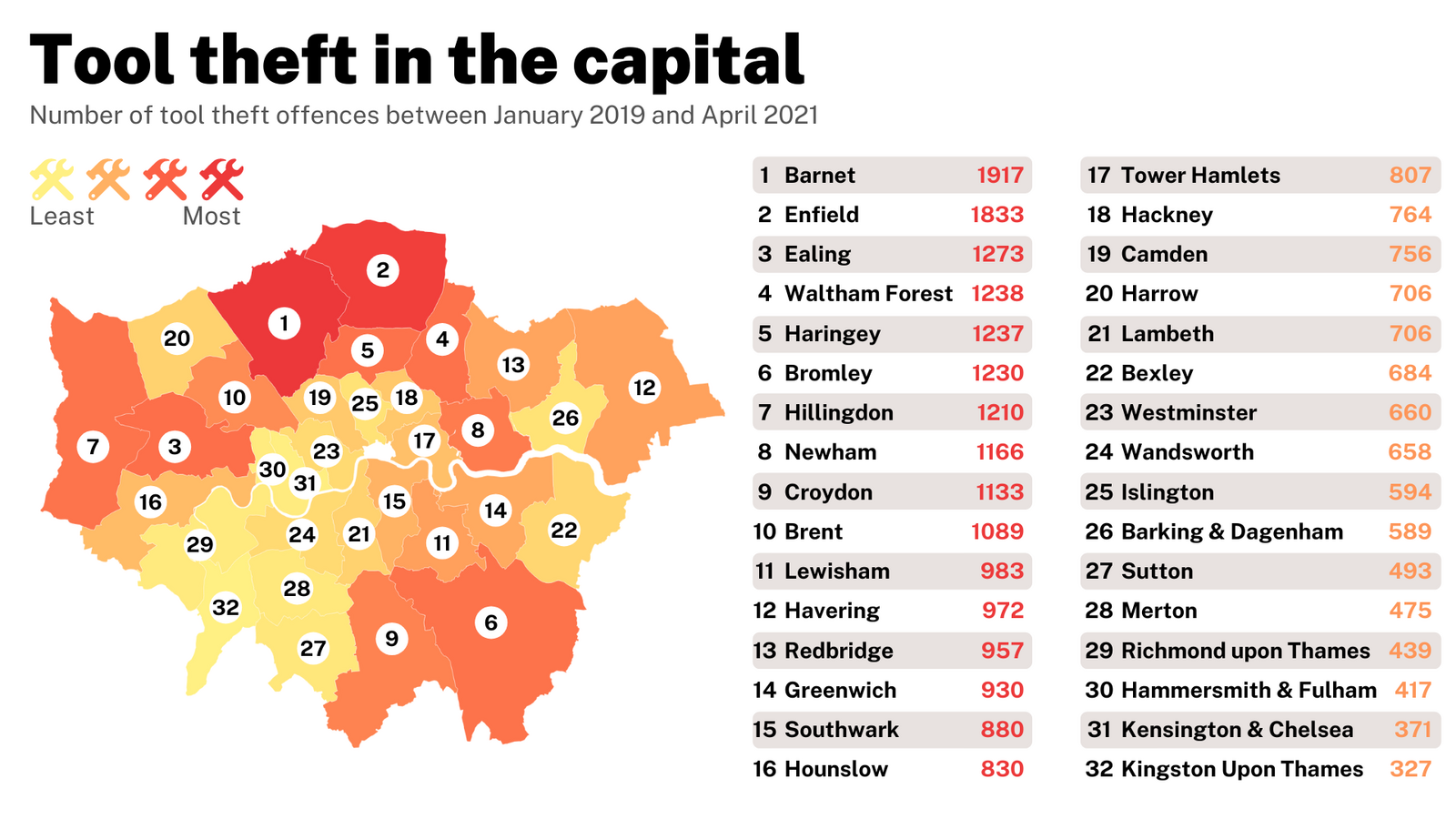 Picture: a photograph of a person working with a power drill. Image Credit: Unsplash