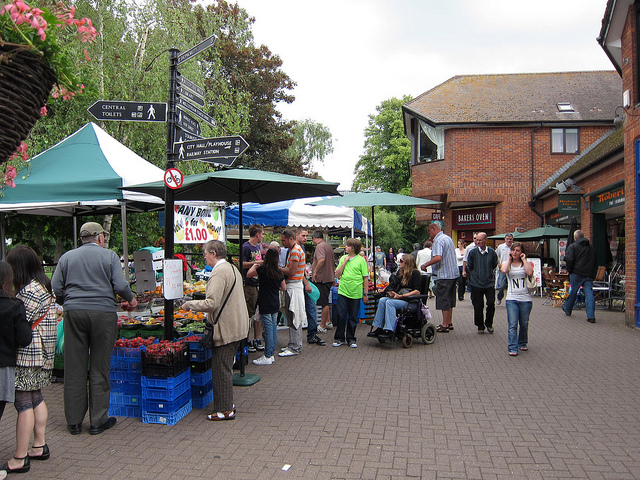 Public Health England has given a statement following the suspected assassination attempt of a 60 year old former spy and a young lady near a Salisbury shopping centre confirming there is no anticipated risk to the public at this time but confirming first responders have been encouraged to seek advice should they experience any unusual symptoms.

Paul Cosford, Medical Director and Director of Health Protection at Public Health England (PHE) said: "All known first responders have been contacted through their organisations and encouraged to seek further advice should they experience any symptoms. The sites recently visited by the 2 people affected have all been secured and PHE is reminding local clinicians of the symptoms to look out for.

"Based on current evidence, the risk to the wider public is low and it is likely that, had any member of the public been exposed to the substance, they would have presented with symptoms by now. However, anyone who was in the area and is concerned because they feel unwell, should dial 111 or 999 depending on the severity of their symptoms."

Police are now in a position to confirm that the victims were exposed to a nerve agent. Scientific tests by Government experts have identified the specific nerve agent used which will help identify the source but at this stage, there is no further comment, however it is believed the substance is not Sarin but something more rare.

Sarin could potentially be synthesised in a homemade laboratory by a qualified chemist - a terrorism command fear as just a pinhead drop would kill a healthy adult.

The Metropolitan Police force, as the lead on terrorism issues, said: "Public safety continues to be a top priority of all agencies working together as part of this national response and we continue to liaise closely with public health and science experts."

A local Salisbury, Wiltshire police officer, who was part of the initial response, is still in a serious condition and receiving intensive care.

Hundreds of detectives from the Counter Terrorism Policing Network have been deployed. Many hours' worth of CCTV are being reviewed.

Picture: The Maltings in Salisbury (on a typical weekend) near where a man and a women were poisoned in  a nerve gas attack

Consternation and a degree of anger were caused when the Grosvenor Shopping Centre took the decision to impose a temporary ban on some mobility-impaired shoppers after...

Whilst our attention has understandably been focussed on Islamic State and events in the Mesopotamian Basin, and indeed Europe, for the past few months, we should...

A video was released over the last weekend by the Somali extremist Islamic group al-Shabaab urging attacks on five shopping complexes. The video which is 77 minutes...