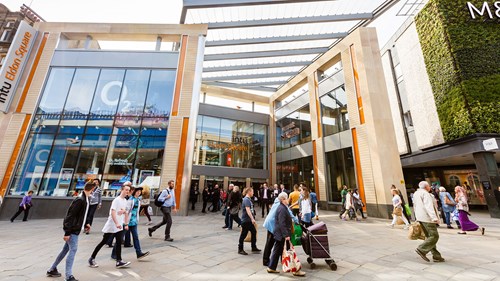 In October, Intu Properties declared a £200 million fall in its share value. Now those shares have dropped another 38 per cent on the news that a consortium bidding to take over the shopping malls owner have withdrawn from the deal.

On 4 October 2018 the consortium, comprising the Peel Group, the Olayan Group and Brookfield Property Group, announced they were in the early stages of considering a cash offer for Intu. The board of Intu formed an independent committee comprising all directors other than John Whittaker, who was connected to the consortium.

Three extensions to the original 'firm offer' deadline of 1 November 2018 were made - the last being to 5:00pm on 30 November 2018. But the deadline was never reached as the consortium pulled their offer before the start of play on November 29.

The consortium had confirmed on November 21 that its legal, tax, accounting and commercial due diligence was largely complete and that nothing had arisen from its due diligence workstreams that would lead it to alter the terms of its proposal.

Out of the blue

Then, early on the 29th, the consortium announced that 'given the uncertainty around current macroeconomic conditions and the potential near-term volatility across markets, the Consortium is not able to proceed with an offer within a timeframe which is manageable within the confines of the Code timetable'.

Despite the originally reported fall in Intu's share price, the company were still buoyant (in an October 23 trading update) about prospects and recovering the £200 million share price loss. Intu had a £9.6 billion portfolio of 17 prime regional shopping centres in the UK and three in Spain valued at £0.8 billion.

Intu's property values reduced by around 9 per cent in the first nine months of 2018.

However, the company claims 'a resilient operational performance in a challenging environment with stable income streams and 97 per cent occupancy'. In the nine months to 30 September 2018, intu signed 200 new leases. Intu's net rental income for the first six months of 2018 was £223 million (2017 full year - £460 million).

The company also has significant land holdings around major out of town centres and is looking at alternative uses including residential, hotel, office and flexible opportunities.

Intu also announced on November 29 that given 'the heightened macroeconomic uncertainty and the reduced pool of potential buyers at present for UK shopping centres, asset disposals are expected to be challenging to deliver in the next few months. intu therefore intends to substantially reduce the payment of dividends in the short term, starting with the 2018 final dividend'. Last year's dividend was 14.0 pence per share -  an outlay of about £188 million.

Picture: Shopping centre owner Intu, saw a share drop of 38 per cent on November 29 after a takeover by a consortium bombed. In April, Hammerson also pulled out of buying into Intu. The consortium's offer is calculated at £2.8 billion. Hammerson's offer was calculated at £3.4 billion.

Pandox AB has entered into an agreement with Lone Star for the acquisition of a portfolio with 37 hotel businesses. The transaction will be made with Fattal Hotels Group...