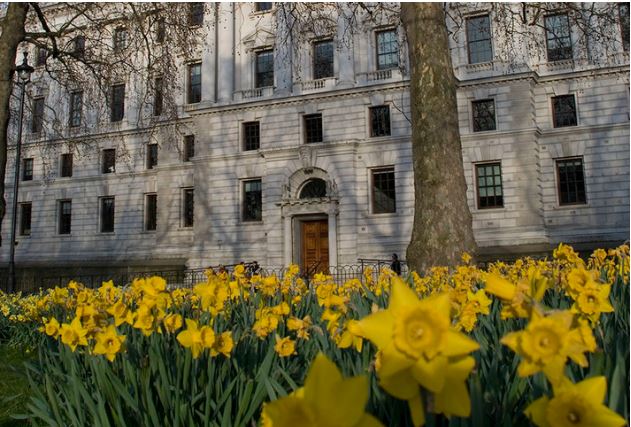 The Chancellor presented his Spring Statement to Parliament on March 13 – here's a summary of what Big Phil Hammond said of relevance to the FM sector.

The Rt Hon Philip Hammond MP stated that the UK economy continues to grow, with wages increasing and unemployment at historic lows - this coming the morning after yet another massive defeat of his Prime Minister's Brexit proposals in the House of Commons.

Hammond said borrowing and debt would reduce by the time we get to this year’s Budget announcement (for 2020) which is scheduled for October - presuming there is anything left of a UK Government considering the Brexit debacle.

The Chancellor did promise investments in infrastructure, technology, housing, skills, and clean growth. Hammond also confirmed that the government will hold a Spending Review which will conclude alongside the Budget. This will set departmental budgets, including 3 year budgets for resource spending, if an EU exit deal is agreed.

According to Hammond, the Office for Budget Responsibility (OBR) expects inflation to stay close to or on target and business investment is forecast to start growing again from next year, once businesses have the certainty they need to invest.

The unemployment rate of 4.0% is the lowest rate since 1975, claimed Hammond who said the OBR forecast it will remain near historic lows over the next five years. Wages, Hammond also claimed are forecast to continue growing faster than inflation. However, he made no further  reference to an uplift in the Government's definition of a living wage

The Budget 2018 set a shift to a clean economy with a link to an Industrial Strategy, Clean Growth Strategy and 25 Year Environment Plan. The Spring Statement focused on  help for smaller businesses to reduce their energy bills and carbon emissions - with the launch of a call for evidence on a business energy efficiency scheme to explore how it can support investment in energy efficiency measures.

Hammond also said that to ensure that wildlife isn’t compromised in delivering necessary infrastructure and housing, the Government will mandate net gains for biodiversity on new developments in England and to help meet climate targets, the Government will advance the decarbonisation of gas supplies by increasing the proportion of green gas in the grid, helping to reduce dependence on burning natural gas in homes and businesses.

A  Future Homes Standard is to be introduced by 2025.

To give people the option to travel ‘zero carbon’, a call for evidence on Offsetting Transport Emissions will be launched to explore consumer understanding of the emissions from their journeys and their options to offset them. This will also look into whether travel providers should be required to offer carbon offsets to their customers.

October's Budget set out steps to equip people with the skills to succeed in the modern economy. Today the Chancellor announced updates to apprenticeship reforms - employers will see the co-investment rate they pay cut by a half from 10% to 5%, at the same time as levy-paying employers are able to share more levy funds across their supply chains, with the maximum amount rising from 10% to 25%.

Picture: Dead heads - the Spring Statement made minor changes to the last Budget, the biggest being to the Apprenticeship Levy co-investment rate.

A tech start-up that provides room-by-room energy management solutions for commercial buildings has raised close to £1 million in its second seed funding...

As the expansion to the Minimum Energy Efficiency Standards for commercial buildings draws ever nearer, are EPC assessments enough to truly measure energy...