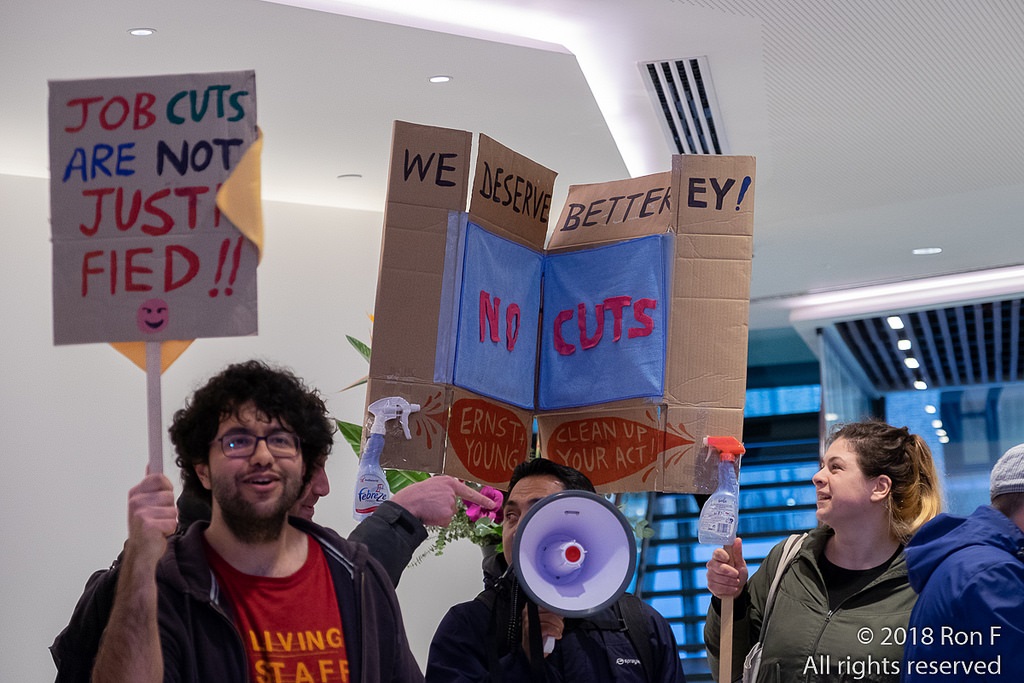 The Independent Workers of Great Britain union is claiming its disruptive strikes and protest at the University of London has won major concessions for outsourced workers.

The University has announced a commitment to bring some services in house 'where there is an opportunity and clear rationale'.

The union is not utterly impressed, describing the commitment as 'vague' and promising to go ahead with another costly strike on June 6 unless greater clarity is given. The IWBG's landmark joint-employer case will continue for time being.

The University announcement comes after the Back in-house campaign was launched by IWGB in September 2017 and the biggest strike of outsourced workers in UK higher education history, when over 100 workers walked out on 25 and 26 April.

An IWGB spokesperson said: "The lack of detail on which contracts will be brought in-house and when, as well as the number of caveats in its statement gives no assurance to any of the outsourced workers as to if and when they will be made direct employees.

"Prior to the decision the IWGB said it would consider any process to bring the outsourced workers back in house that would take 12 months or less. Given that outsourced workers terms and conditions have been a live issue for the past seven years, anything longer than twelve months is excessive."

IWGB General Secretary Dr Jason Moyer-Lee said: "Today's announcement demonstrates that collective action and pressure works. The university has clearly understood the current situation is untenable and that they need to do something. But it also shows that the University will always try and squeeze every last penny out of its outsourced staff. Until the University of London announces the termination of all outsourcing on a reasonable timescale, IWGB will continue to campaign."

IWGB representative and University of London cleaner Margarita Cunalata said: “We're glad that the university has finally acknowledged our repeated demands to be given equal terms and conditions as other workers at the University. However putting us in this limbo is completely unacceptable. We will continue fighting until we are made direct employees and treated with the dignity we deserve.”

The IWGB's continuing legal case means (despite the call for all services to go back in-house) that both Cordant, the FM comnpany that most of the strikers work for and the University of London would be joint employers.

Picture: University of London - industrial action is planned for June 6. Picture is from a previous strike.