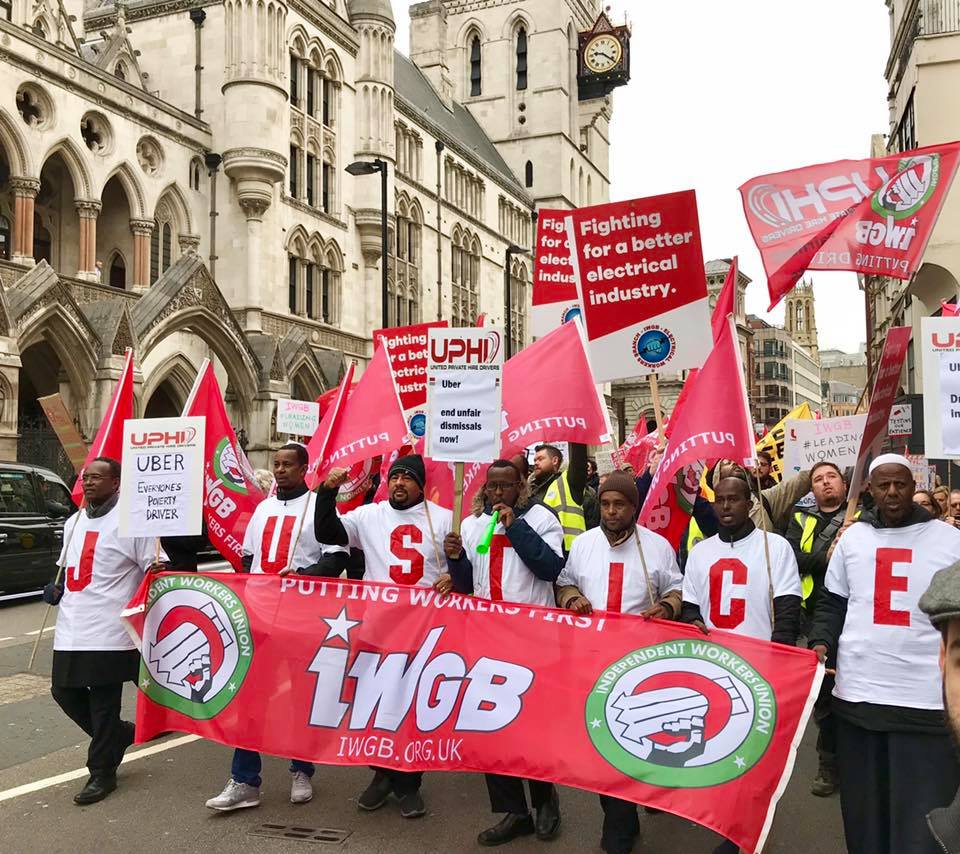 Hundreds of workers are being galvanised to march through London on Tuesday February 26 in a first 'national day of action against outsourcing'.

The workers, pushed by their respective unions and labour bodies, will join the #CleanUpOutsourcing march organised by the Independent Workers Union of Great Britain (IWGB), United Voices of the World (UVW), PCS (Public and Commercial Services) Union and the Road, Maritime & Transport Union (RMT).

The march will coincide with three coordinated strikes organised by three unions and a another legal challenge on outsourcing at the High Court.

UVW (a minority union mostly representing migrant workers) cleaners and security officers will be on strike at the Ministry of Justice demanding the living wage.

PCS cleaners, security, catering staff and others will be on strike at the Department for Business Energy and Industrial Strategy (BEIS) demanding the living wage, equal terms and conditions and an end to outsourcing.

IWGB cleaners will be on strike at the University of London demanding equal terms and conditions with directly employed staff. The union will also be facing the university and the government's BEIS department at the High Court in a landmark legal challenge that could extend the rights of the UK's 3.3 million outsourced workers.

The IWGB describes outsourced companies as 'middlemen employers who are able to offer some workers far worse pay, holiday entitlements, sick pay and pension contributions than those directly employed'. The union also claims outsourced workers are also much more likely to suffer from bullying and discrimination.

Shadow Secretary of State for Business Energy & Industrial Strategy Rebecca Long Bailey MP said: “For far too long workers in this country have suffered from worsening pay and conditions, while those at the top get richer. But seeing these mainly migrant workers from different unions come together to push back against the scourge of outsourcing gives me hope for the future of the Labour movement and the UK as a whole. These cleaners, receptionists and other outsourced workers have the courage to stand up and fight back, so we as the Labour Party will be by their side every step of the way.”

Schedule of the day: