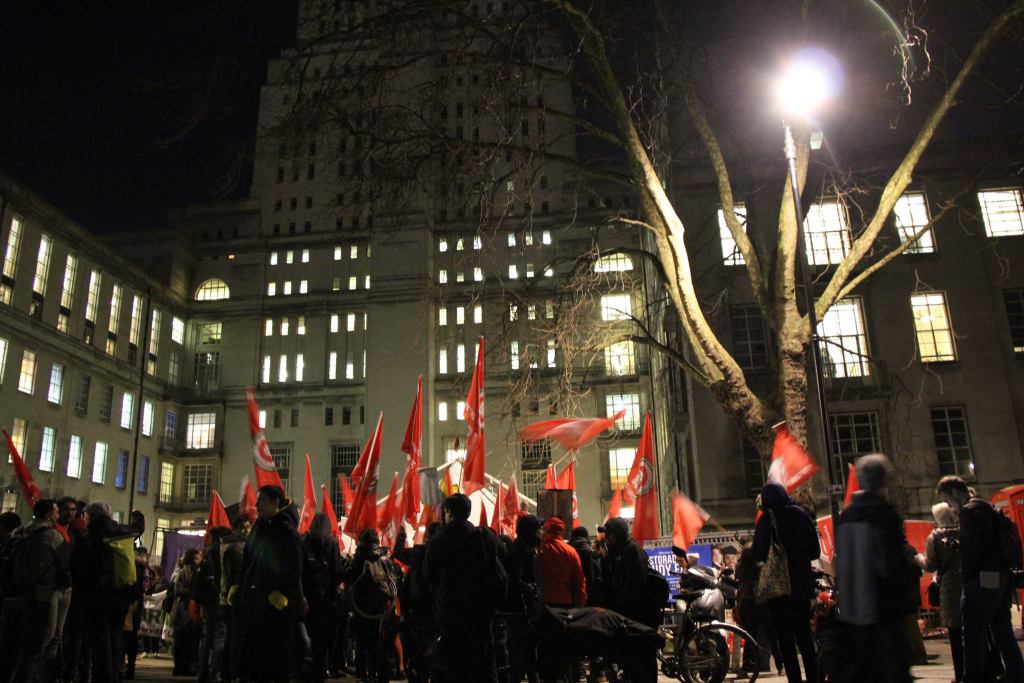 Ageing semi-punk, socialist Billy Bragg will lead a chorus of dispute at one of England's top universities as outsourced workers look for a new employment model.

This will be the biggest ever strike of outsourced workers in UK higher education as they demand to be made direct employees of the university and seek equal terms and conditions with those that are directly employed.

Hundreds are expected to protest outside Senate House, University of London at 5:00pm. This coincides with a strike of outsourced cleaners, porters, security officers, receptionists, gardeners, post room workers and audiovisual workers on 25 and 26 April organised by the Independent Workers' Union of Great Britain (IWGB). The over 100 striking workers are employed by a number of outsourcing companies that have contracts with the University.

The strikes are part of the IWGB’s Back In-House campaign, which is calling on the university to end outsourcing, to abolish zero-hours contracts and to implement pay rises. The campaign first reared its head in September 2017. The university is now reportedly initiating a review of its facilities management contracts - but without IWGB or worker involvement, which is another aspect in the two days of industrial action.

IWGB President Henry Chango-Lopez said: “The university has repeatedly refused all attempts by the outsourced workers and their union, the IWGB, to engage in a constructive discussion over outsourcing. This intransigence has led to increasing anger among the workers, which is demonstrated by the growing number of workers that are choosing to take industrial action. The university would be well advised to heed the demands of the workers and make them direct employees.”

Picture: The University of London will see several trade unions, student unions and activist groups supporting striking FM workers on Wednesday April 25. Picture from a previous protest at the site.