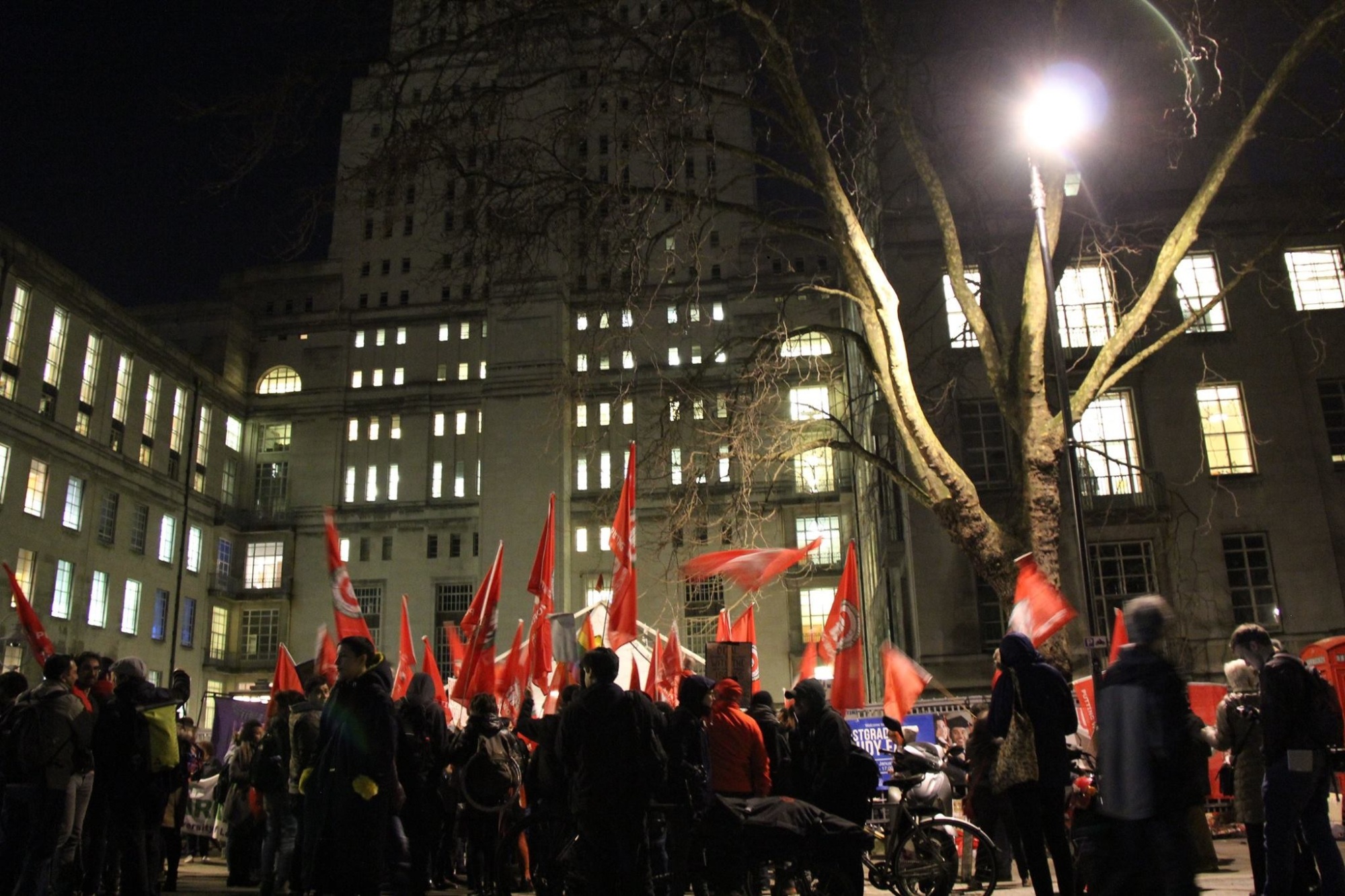 The Workers are demanding an end to outsourcing, an end to zero-hours and pay rises.

The campaign has again been supported by Shadow Chancellor John McDonnell MP, Green Party co-leader Jonathan Bartley and others.

The University of London workers have been organised by the Independent Workers Union of Great Britain (IWGB). Over 100 cleaners, porters, security officers, receptionists, gardeners, postroom staff and audiovisual staff are expected to walk out after a near unanimous vote in favour of industrial action.

The workers, who are employed by a number of outsourcing companies that have contracts with the University of London central administration, are demanding to be made direct employees of the university, and for equal terms and conditions with those that are directly employed.

IWGB President Henry Chango-Lopez said: “The University of London has revealed the absolute contempt that it has for the workers that keep it running day after day by ignoring their repeated calls to be brought in-house. We will not stop until all workers are made direct employees with equal terms and conditions as in-house staff. Outsourced staff are not only worse paid, they are more likely to suffer from bullying, discrimination and illegal deduction of wages."

A voice from the shop floor

University of London cleaner and IWGB representative Margarita Cunalata said: “The university has done its best to deny workers like me basic rights and we have had to fight for everything, from the London Living Wage to basic sick pay. All we ask for is equality and we will keep on fighting until we get it.”

The strikes are part of the IWGB’s Back In-House campaign, which is calling on the university to end outsourcing, to abolish zero-hours contracts and that it implement pay rises. The campaign was launched by the IWGB in September 2017 and has received the support of leftie MPs, a number of trade unions and student union branches.

Through a series of protests and strikes, the IWGB has succeeded in forcing the university to initiate a review into its facilities management contracts.