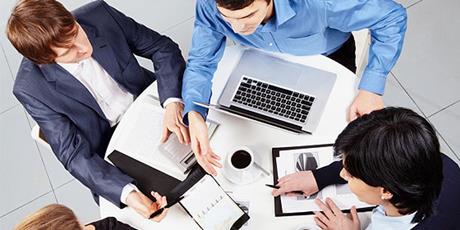 A failure to ensure contractors could do what they were bidding for at the price they were bidding, its relationship with Carillion and an abject failure to encourage SMEs to engage, have seen the Public Accounts Committee slam the government over its contracting and procurement mechanisms.

A Public Accounts Committee report issued on July 24  has found that the procurement process focused on tendering and winning bids - not ensuring right supplier.

The report also highlights further concerns regarding contract specification, transparency, use of SMEs and role of the Cabinet Office.

Committee Chair, Meg Hillier MP, said: "The Public Accounts Committee has long highlighted weaknesses in government contracting and the lessons it must learn if it is to outsource effectively for the benefit of service users and taxpayers.

"The collapse of Carillion in January sharpened our focus on the relationship between Government and its Strategic Suppliers - companies that receive over £100 million in annual revenue from government contracts.

"Vast sums are invested across vital public services, with far-reaching impacts on the lives of citizens. It is critical that their money is spent wisely and with their best interests at heart."

Hillier continued: "This report, which follows our publication of Government’s Carillion risk assessments and new evidence taken from Government and Strategic Suppliers, makes important recommendations. In particular, we have identified a need for Government to be more assertive in shaping the markets in which it operates, with a renewed focus on driving value for taxpayers’ money.

"It must look with fresh eyes at the motivations of companies currently bidding for central government work and develop a strategy that requires contract-awarding bodies to look beyond bottom-line costs."

Crucial to this will be to embed procurement best practice across departments, according to Hillier. For example she said: "There must be clearer specification of contracts, properly scoped, so that when any deal is signed there is an agreed understanding between Government and the supplier of what is being paid for, and over what timescale.

"There are many areas in which the Cabinet Office can drive compliance across departments - not least turning its proposed ‘playbook’ of guidelines, rules and principles for contracting into a set of mandatory requirements."

Summary of the report

As has become the custom over the past few Mondays, the Official Receiver has given an update on employment within the Carillion group in liquidation.

A spokesperson for the Official Receiver said: “A further 65 jobs have been transferred to new suppliers over the past week, taking the total number of jobs saved to just under 13,500 positions. Regrettably, 15 people will be leaving the business as their roles are no longer required."

“I would like to thank all staff for the professionalism they have shown throughout the liquidation and we will continue to engage with staff, elected employee representatives and unions as arrangements are confirmed.”

Picture: A Public Accounts Committee report issued on July 24  has found that the procurement process focused on tendering and winning bids - not ensuring right supplier.​