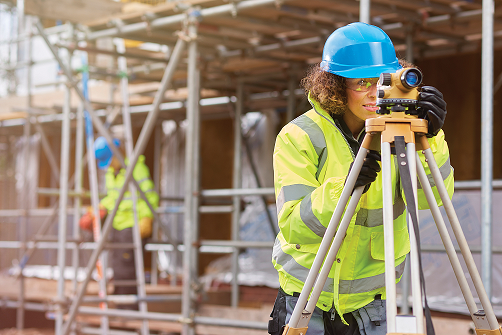 Construction union, Unite, has described the decision by the official receiver to make 341 Carillion apprentices redundant as an act of ‘crass stupidity’.

The decision to make the apprentices redundant was made just as Parliament went into recess last week, preventing MPs from raising concerns at the decision.

When Carillion collapsed in January, it employed 1,200 apprentices and following the company’s demise, the Construction Industry Training Board (CITB) has found suitable placements for over 800 of the affected apprentices.

MPs, and educationalists all encouraged all the apprentices to continue with their studies and volunteered support to ensure they had every chance.

Unite, quite correctly makes the point the decision to make redundant the remaining apprentices is a further blow to the construction industry which is in the depths of a deep seated skills crisis.

In 2016/17 there were just 21,010 people on construction apprentice courses. The decision to make the remaining Carillion apprentices redundant reduced the entire UK’s apprenticeship numbers by 1.6 per cent.

Unite assistant general secretary Gail Cartmail said: “This is an appalling way to treat these apprentices who should have become the backbone of the industry. To dump them and to destroy their training is an act of crass stupidity.

“These actions highlight the government’s total failure to assist the workers who have been most affected by Carillion’s collapse through no fault of their own.

“The government could have used its procurement power to find placements for these apprentices but it chose not to, demonstrating that it is not serious about dealing with the skills crisis facing the industry."

Cartmail continued: “The dismissal of Carillion’s remaining apprentices once again demonstrates that the construction skills crisis will not be tackled until procurement rules are introduced which require that all companies undertaking public sector contracts must train apprentices.”

The CITB estimates that the construction industry needs 31,600 entrants every year just to stand still.

A spokesperson for the Official Receiver on July 30 did not refer directly to the loss of apprentices when he said: "356 people will be leaving the business as their roles are no longer required.." It is clear that 341 of the 356 roles are those of apprentices.

At the beginning of July, the CITB claimed its efforts to help Carillion apprentices find new work were unwavering. 'CITB is constantly in touch with learners and working with employers, colleges and training providers, to create new job opportunities,' a statement read.

Joe Stonehouse was studying for his Level 2 General Construction Operations (GCO) qualification when he was affected by Carillion’s closure. Stonehouse’s CITB Apprentice Officer found a company that would be happy to support him to the end of his qualification.

Stonehouse explained: “If it wasn’t for CITB stepping in to help I wouldn’t have anything or know where to go or what to do in terms of my career. This has hopefully given me another chance to finish off my qualification with a new employer, which I am very happy about.”

Now 341 young people have had their prospects crushed.

Picture with thanks to CITB: PwC and the Official Receiver has have dumped 341 Carillion apprentices.