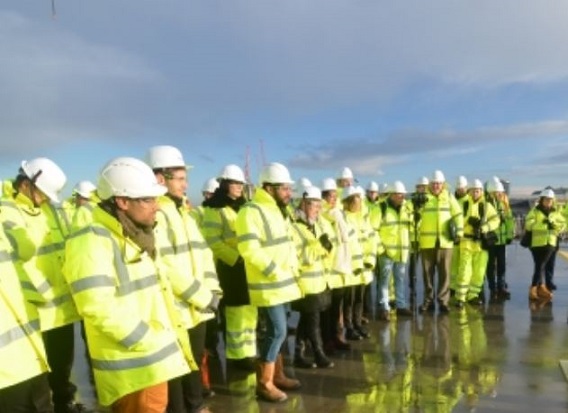 In the hope that some of the former Carillion directors might be called to legal book, the Official Receiver is  asking for any company that dealt with Carillion before it went into liquidation to take part in a questionnaire that will help feed into the statutory investigations. It is open to companies whether they ended up as creditors or not.

A recent Parliamentary Committee looking at the Carillion debacle described the Directors' actions 'greed on stilts' as they looked after their own interests ahead of those firms they might force also force in to bankruptcy.

The questionnaire is now live until May 9.

The Official Receiver is responsible for investigating the cause of the insolvency, including any business dealings and affairs as well as reporting on the conduct of the directors.

The questionnaire is being hosted by the Special Managers Price, Waterhouse, Coopers, who have been charging the Official Receiver vast sums to conduct the liquidation.

All information provided will be treated as confidential.

More than 10,000 of Carillion’s pre-liquidation workforce have now found secure ongoing employment, following the transfer of 179 staff to new employers, the latest update from the Official Receiver has said.

A spokesperson said: "Regrettably 23 employees whose positions are no longer required as Carillion’s business transfers to new suppliers will leave the business later this week.

"We are continuing to talk with potential purchasers for Carillion’s remaining contracts and will keep staff, elected employee representatives and unions informed as these arrangements are confirmed."

This does not include jobs attached to contracts where an intention to purchase has been entered into but has not yet formally occurred.

More than 5,000 employees are currently retained to enable Carillion to deliver the remaining services it is providing for public and private sector customers until decisions are taken to transfer or cease these contracts