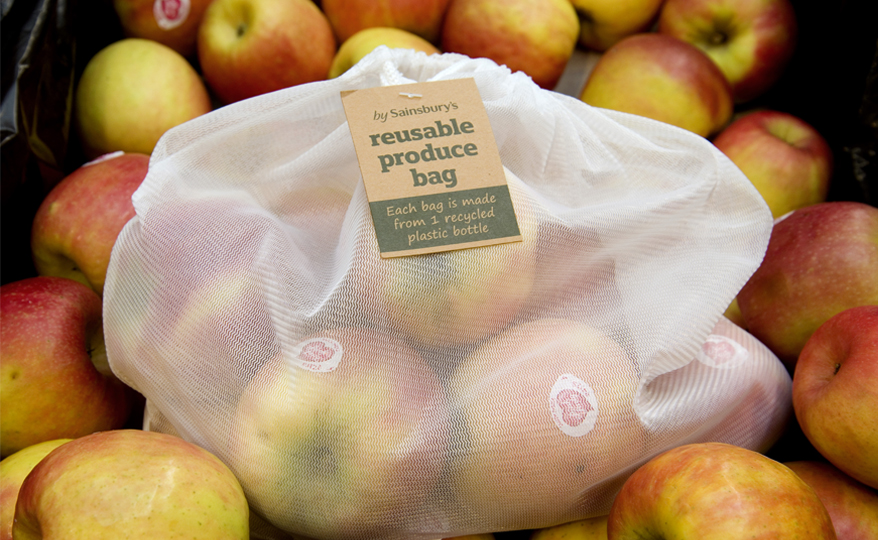 Sainsbury's has committed £1 billion over twenty years to become net-zero by 2040 aligning the firm with the highest ambitions of the Paris Climate Change Agreement and setting a target that is a full decade ahead of the UK Government’s own target.

The food retailer says it will also work collaboratively with suppliers and will ask suppliers for their own carbon reduction commitments.

According to the information Sainsbury's made available on the date of this announcement (28 January 2020), a current carbon footprint is one million tonnes, which is a 35% absolute reduction in the last 15 years despite its space increasing by 46% over the same time.

"For the last six years Sainsbury’s has been awarded an A rating for taking action on Climate Change by the CDP, the highest rating of any UK supermarket."

Sainsbury's will work with the Carbon Trust to assess emissions and set science based targets for reduction, publicly reporting on progress every six months.

Mike Coupe, CEO of Sainsbury’s, said: “Our commitment has always been to help customers live well for less. We must recognise that living well now also means living sustainably.

“We have a duty to the communities we serve to continue to reduce the impact our business has on the environment and we are committing to reduce our own carbon emissions and become net-zero by 2040, ten years ahead of the government’s own targets because 2050 isn’t soon enough."

Coupe continued: “We have a strong heritage of reducing our carbon emissions we have reduced them by 35% over the past fifteen years despite the footprint of our business increasing by over 40%. We invested £260 million in over 3,000 initiatives over the last decade, including the start of our LED lighting programme and refrigeration. Over the next 20 years we will invest a further £1 billion in programmes that will transform the way we do business and put environmental impact at the forefront of every decision we make.

“We recognise that we have a once in a lifetime opportunity to make the changes needed to help the planet exist sustainably. We have over 27 million customers each week and almost 180,000 colleagues and we hope that we can collaborate across industries and sectors to help create momentum and drive meaningful change. Only when the trajectory for global warming slows to a maximum of 1.5 degrees will we all know that we can truly live well for less now and in the future.”

Conference of the Parties

For COP26 (which takes place in Glasgow 9-19 November 2020) President-Designate Claire O'Neill said: "This announcement is an outstanding example that being green shouldn’t be a barrier to success. I hope to see other major supermarkets following their lead ahead of COP26 UN climate conference later this year."

"It’s fantastic to see Sainsbury’s committing to hitting net-zero by 2040. It’s vital that big organisations recognise the responsibility they have in curbing emissions.

Hugh Jones, MD Advisory Services of the Carbon Trust, said: “The Carbon Trust has worked with Sainsbury’s to set science-based targets for its own operations and is now working to extend these targets to the value chain. Sainsbury’s goal to get to net-zero by 2040 is ambitious and will help raise the bar for the sector.”

Dexter Galvin, Global Director of Corporations and Supply Chains of the CDP (the global environmental reporting system) said: “This is a critical year in the race to tackle climate change. It’s vital that companies step up, as customers are increasingly demanding. We welcome Sainsbury’s ambition to bring its operational emissions down to net-zero a decade ahead of the UK’s climate target. The retailer has further committed to set a science based target verified by the Science Based Targets initiative and will work with their suppliers to set their own targets aligned with the Paris Agreement. With this bold action, it’s not surprising Sainsbury’s has achieved a place on CDP’s 2019 Climate A List. These commitments also send a clear message to politicians that businesses want more ambitious action to protect our natural world and people’s quality of life as we head towards the COP26 climate summit.”

How are Sainsbury's planning to achieve their ambitious goal? Read about their seven core focus areas to tackle climate change here.

Picture: Sainsbury's has announced a net-zero target of the year 2040 with a focus on what is retailed and how properties and transport function.